The Dwarfs march to War… 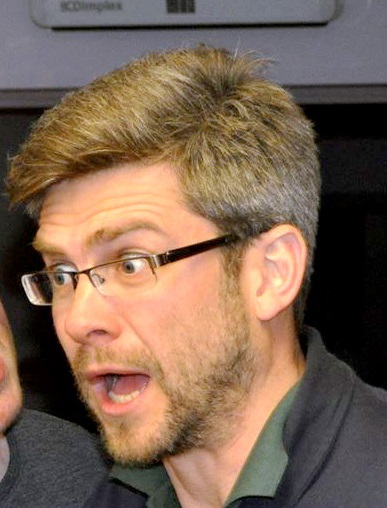 Ronnie’s no stranger to battling the Undead…

I have always thought of the Dwarfs as a race who prefer a beer with their mates after a good day’s work – rather like me I suppose ;). However, if you treat them badly they get cross – and the last thing you want is a cross dwarf – because then they go and dust off their armour, pick up their weapons and march off to war. 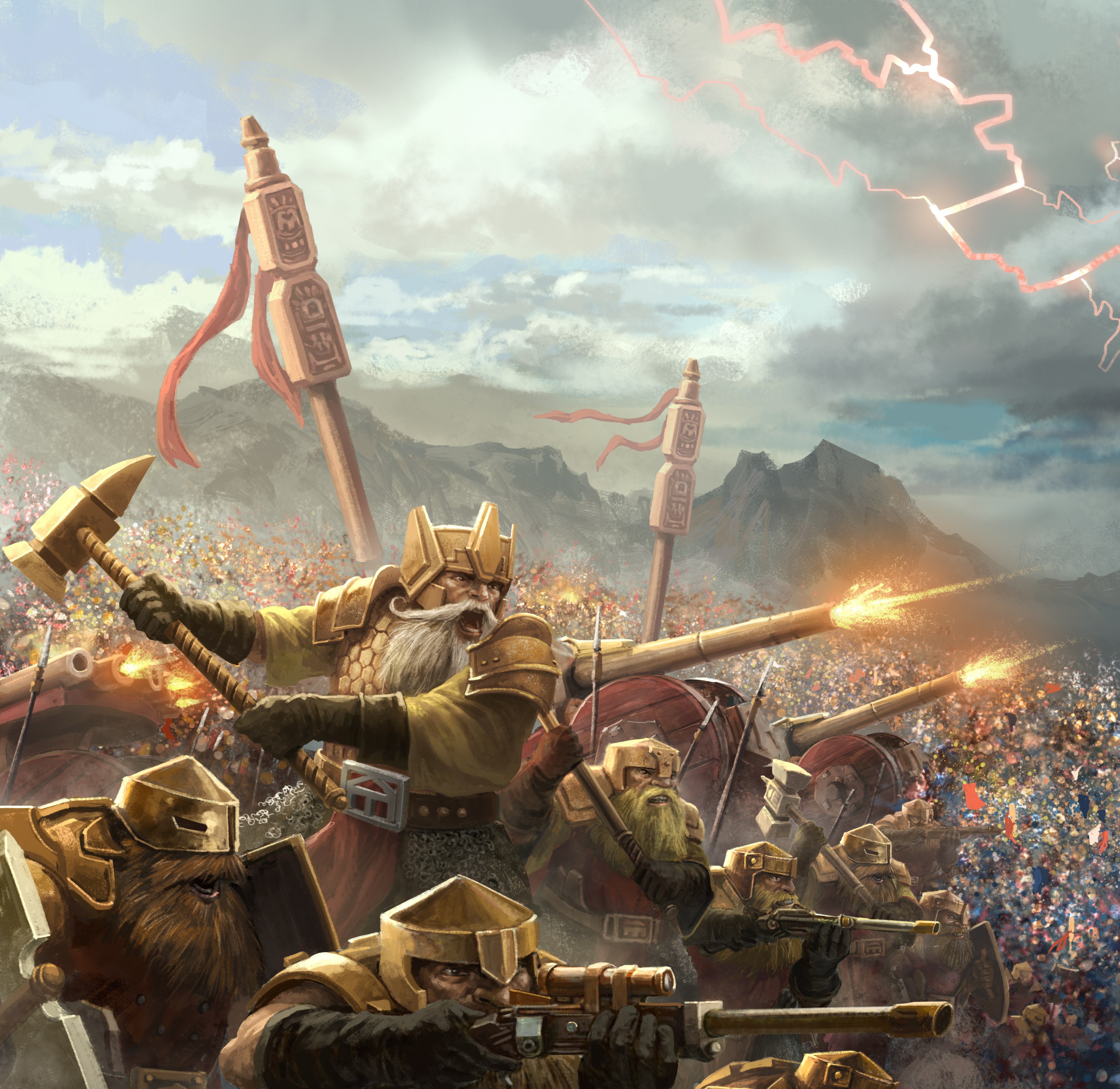 Dwarfs only do serious warfare!

They have the same matter of fact, resolute approach to War as they do to the rest of their life. Have good tools to do the job, such as quality armour and weapons, have the organization around you – such as a clear chain of command, and then just keep hitting the enemy until they go away or fall over! 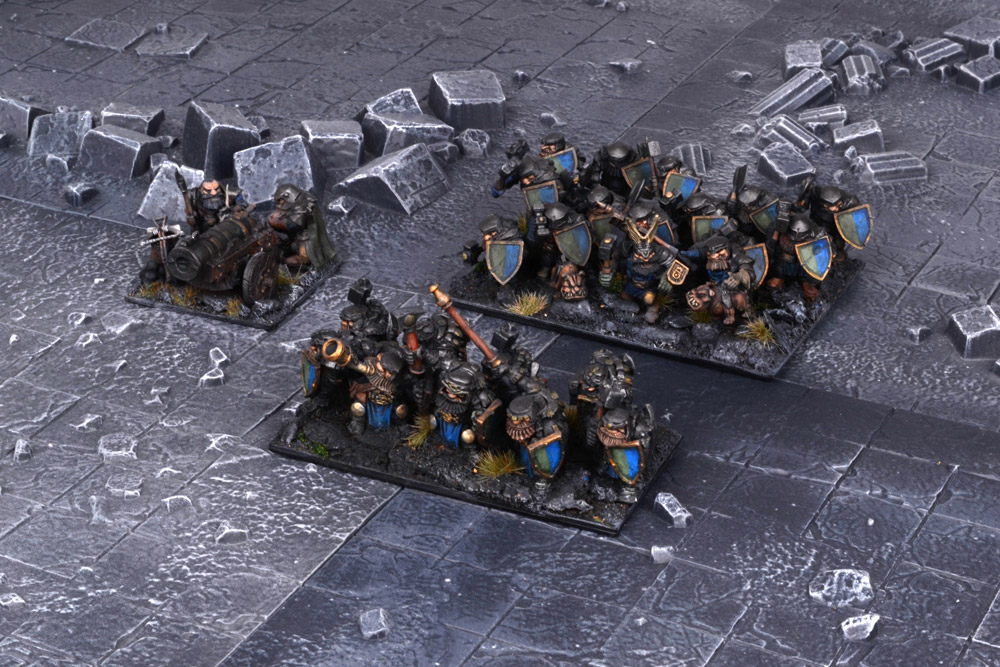 Ronnie’s uncharacteristic painting speed has put the rest of us to shame.

My dream with this army is to get it looking like they have all come from the same fortress – meaning they have a common uniform, but each figure is still an individual. Clearly, their King has asked them to tool up and they have all gone and got their military kit and marched off to war. So the colour scheme is a Blue/Green split and that runs throughout the army. I really want to do an army list that names each unit – such as ‘Captain Gorin’s 7th Regiment of IronGuard’, and ‘Commander Brin’s Heavy Artillery Detachment’ so each one takes on a history and story. I am really excited by the progress and really think I’ll be able to get this army finished – I’ll just have to take the dwarf mentality and ‘get on and get the job done!”

Fancy some more bearded action? Check out the Dwarf range on our webstore.