Ok my friends, we’re a little over two weeks away till registration opens at Adepticon and with that comes all the events that we have scheduled at Adepticon 2015 this time around.

Get in early, last year we sold out of some events like the Adepticorp Cup for Dreadball. This year we expanded our Clash of Kings Championship from last year to accommodate more player demand! Very exciting! Brand new to the 2015 Adepticon will be a Deadzone tournament so get in quickly. This one is on par to sell out fast. 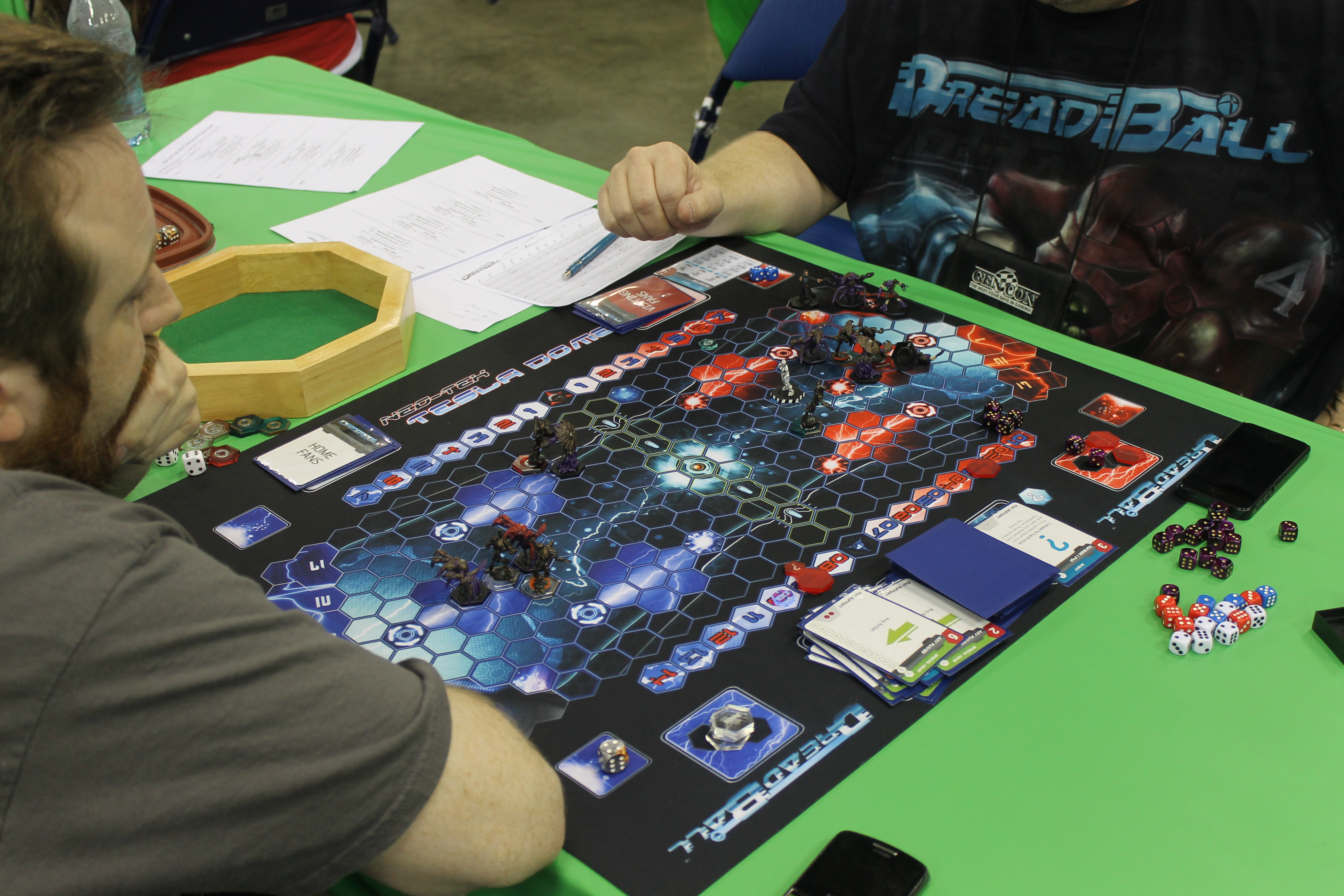 Not only are we putting on a plethora of events, we’ve donated an insane amount of Battlezone sprues and tiles to the organizers of Adepticon for use on the Warhammer 40,000 tournament tables and any other sci-fi games at Adepticon. These versatile and modular pieces work perfectly for any game out there. Once you’ve had a look, stop by the Mantic booth and grab a box for yourself!

The 2015 Adepticon schedule will tentatively reflect this. Links to all the tournament rules will also be below. Don’t forget registration opens 11-24-2014 at 8pm Central Standard Time.

All morning and afternoon Deadzone, Dreadball and Kings of War demos will be going on.

Friday morning the 3rd annual Adepticorp Dreadball tournament will start at 9am. Click here for the official Dreadball Tournament rules.

Deadzone and Kings of War demos will continue throughout the morning and afternoon as well.

Friday night, Geek Nation Tours will be hosting an industry night which Mantic has be invited to. Friday night will have us running a Deadzone zombie campaign as well as a Kings of War campaign. Come by and see if you can stop the Martians from destroying the Earth in a Mars Attacks demo. See Geek Nation Tours for more information on GNT Industry Night.

The first annual Adepitcorp Deadzone tournament will start at 9am. Click here for the official Deadzone Tournament rules.

Dreadball and Kings of War demos will still continue to be run all day. Come by if you missed your chance.

Now the big news, Saturday night we will be hosting a Mantic Open Night! Stop by, play some games, eat some pizza, have a drink with Ronnie, Pat, Joe and Dave! Ronnie will be hosting a Q&A session. If that’s not enough, we will be running demos for those wanting to learn some of the Mantic games. There will also be another Deadzone Campaign as well as a Kings of War Mega-Battle. The Mega Battle will be 5000pt per side battle. Have a 1000pt army you want to play? Bring it to the Mega Battle and we’ll get you in there. Mars Attacks demos for everyone also.

Mantic North America will also be recording a live podcast at Mantic Open Night, come by and lend your voice to Chopper and Jonny P!

Sunday will consist of demos of all the games throughout the rest of the convention. Stop by the booth and grab a Deadzone faction before the end of the convention or a Dwarven army for Kings of War!

We have a full plate this year. Adepticon has always been a great convention for us and we think we’ve just made it better. Keep your eyes out on the blog and the podcasts for more information. See you soon!