Hi, Ronnie here. With so much going on I hardly get a word in these days – but there was no way I was going to let the whole Summer of Kings of War go past without a few missives from the bunker!

This summer I hope we are going to be able to achieve two things – first, to inspire a new group to take up Kings of War and join the growing legion of fans already onboard, and second  to release a whole heap of great new minis that offer lots of great troop types and regiments. We hope these will encourage people to start new armies or add a few units to the forces they already own, and this isn’t just for KoW – this could be for any army or any fantasy game that people play.

Last summer saw the release of the Kings of War hardback rulebook, which we have now reprinted twice! Across July and August we’re releasing the first 2 expansions – the first is all about the Living Legends that inhabit Mantica, and a complete Ogre force list. The second book digs deeply into the Basileans – one of the forces of good that are locked in a constant battle agains the dark forces from the Abyss. It also contains new magic rules, more magical artefacts and two other new force lists!

To really get Kings of War energised we will be giving away 5000 free copies of the mini rulebook from hobby stores and shows (which you can always also download free of charge directly from our website here). And last but no means least, our fantastic Pathfinders are running demos and participation games the length and breadth of the world, in hobby stores and at the gaming conventions we are attending. So please give the game a go if you haven’t – I think you will be genuinely amazed at how quickly it plays and how much fun you can have with it! You can have a run through with any models or units you already have using the free rules – and because it plays so differently to a certain other fantasy wargame you really can have truly huge and epic battles!!! Please give it a go. 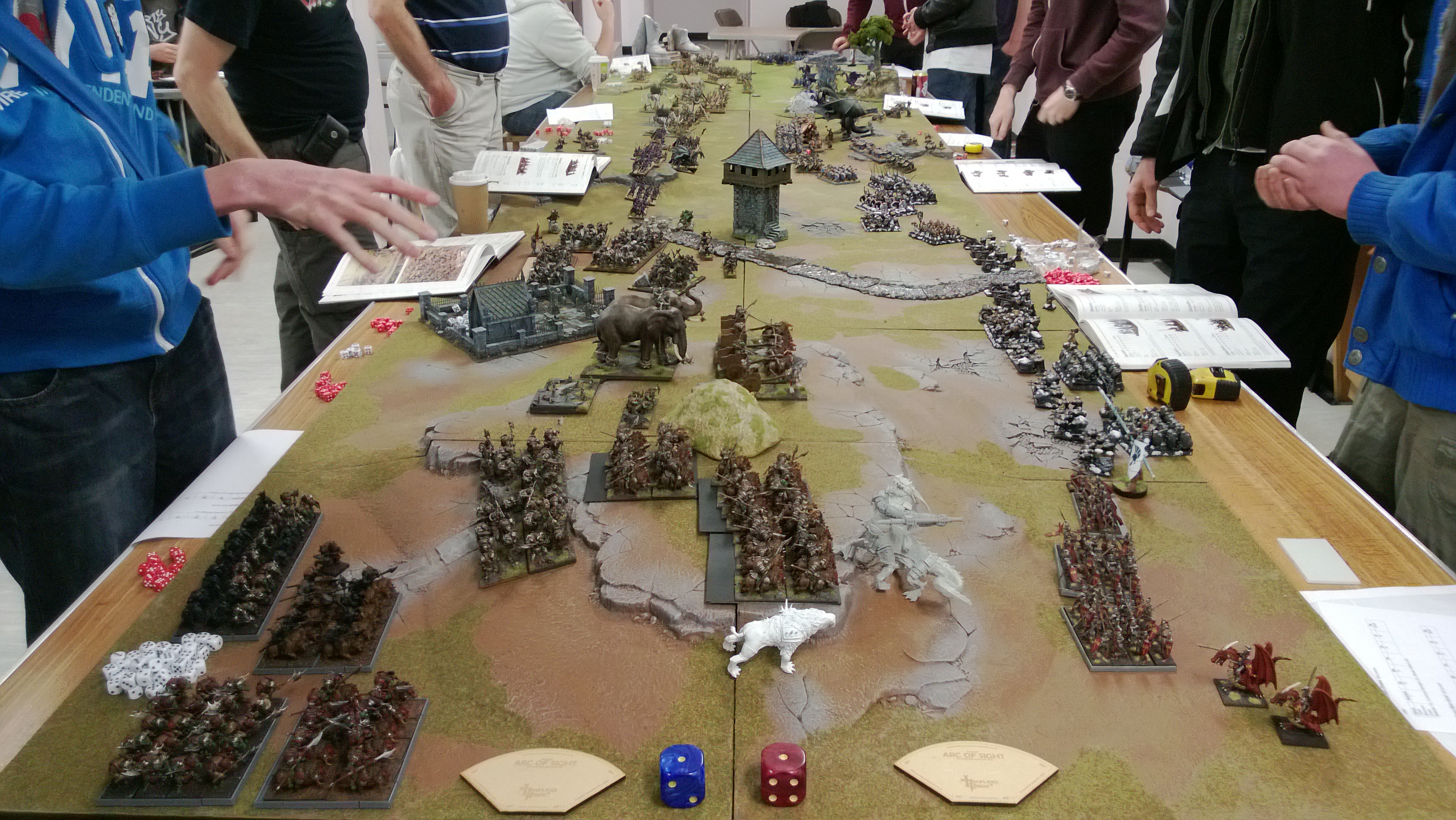 This epic battle took place at the Mantic Open Day earlier this year – and was finished in just over four hours!

But if you are truly going to have massive armies clashing on a battlefield they need to be affordable and easy to get onto the gaming table – and that where the Mantic range really comes into its own! This summer we have released three Trolls for just £15/$24.99 – great models and full of character – so decent sizes units are now within easy reach. We have also got some Werewolves too, and I have been amazed at the numbers of RPGers and wargamers alike who have emailed us saying they have been waiting years to get their hands on some big sized werewolves models! These complement the existing range of models, especially our Army Sets where £49.99/ $79.99 gets you well on the way to an army – in the Undead set you get over 100 models, and the new Orc box contains an astounding range of models. (Well I think so anyway – I hope you agree!)

With the Ogre army now on the shelves and a truly amazing human army released later this month (how amazing is the cover art?) this is shaping up to be real summer of war. 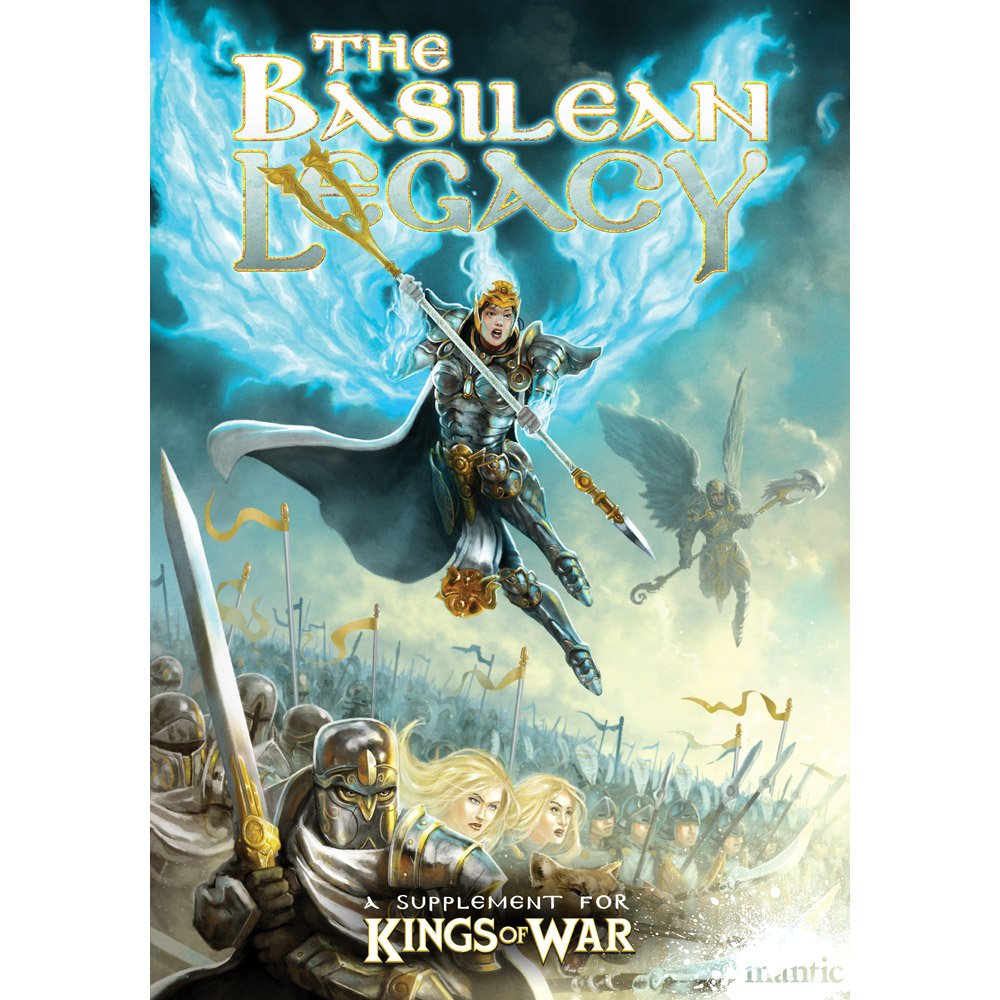 None of this would be possible without the support Mantic receives from the community. All the releases you see hitting the shelves now were made possible by the generosity and support of the backers on our Kings of War Kickstarter last summer. The faith they showed was unbelieveable. We have learnt a lot in the last year, and no doubt we would do some things differently (and some I hope even better!) but without those early pioneers none of what followed (including KoW, Dreadball, Loka and Deadzone) would have been
possible. Of course, we’ve got so many more fans out there – those who playtested the game, those who have run demos of it, or written about it on the forums, all the people who are slowly spreading the word and contributing – and without them none of this would be possible. Finally, I need to mention team Mantic – from everyone in the warehouse (who also cast, take the photographs and so much more) through to the online team, the sales team, design – heck even finance! – all do more than they should!

To everyone – once again – thank you. You are making something very special happen.

If you’d like to catch our illustrious CEO and have a word – or even, god forbid, squeeze him for secrets about upcoming releases – he’ll be manning the Mantic booth at Gen Con Indy 2013 next weekend! We always have a great time at Gen Con, so if you’re heading along make sure you say hello!