Rise of the Abyss 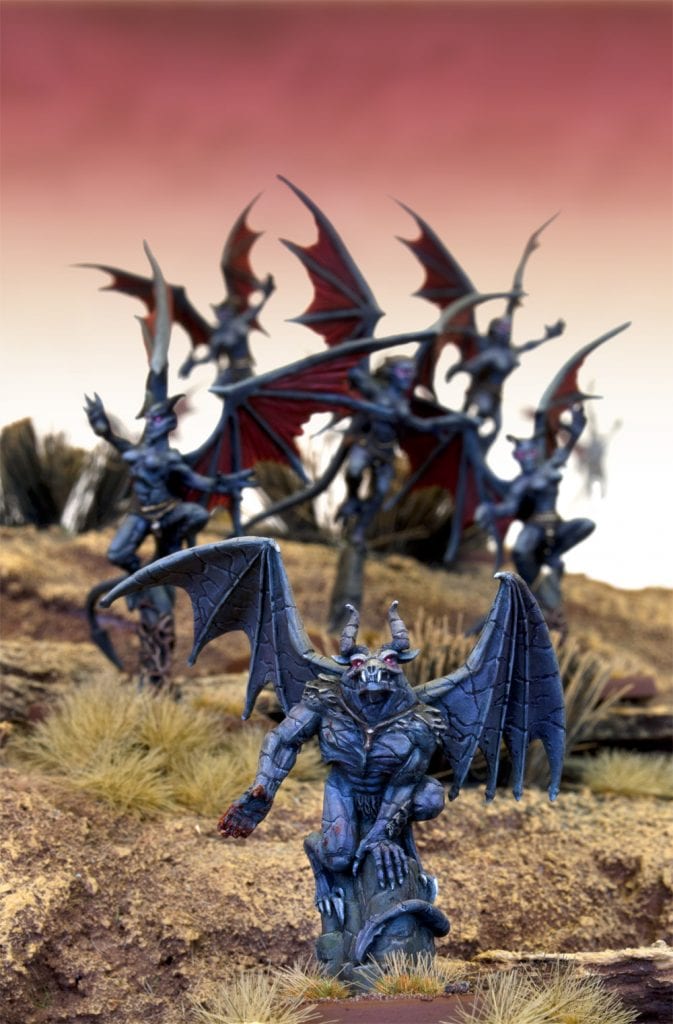 The children of Ba’su’su take flight

The Abyss lays North-East of Basilea – many leagues away and yet too close for comfort, for it is the home of all that is evil in Mantica. The plains around it are dotted with Orc encampments, and its edge and upper reaches are crowned by the fortresses of the Abyssal Dwarfs and the Twilight Kin and other mortal worshippers of the Father of Lies. Further down this hellish crevasse, the taint of the malevolent energies of the Wicked Ones becomes stronger and stronger. Deep down in the shadows and billowing fumes, perpetually lit by the flares of the red fires of Evil,fouler creatures reside.

These are the Abyssals, immortal servants of the Father of Lies. The Abyssals are emanations of their Lord’s mind – pure Evil incarnated. They are organized into a strict hierarchy, which perversely mirrors that of the celestial hosts of the Shining Ones, and is related to which level, or ‘circle’ of the Abyss they reside in. At the top of this hierarchy are the supreme beings that rule the Abyss from the depths of the Seventh Circle, which is at the very bottom of the Abyss – they are the twenty-seven Wicked Ones. The Wicked Ones are the brethren of the Father of Lies, bound never to leave the Abyss by the power of Domivar, and yet ever plotting and scheming to influence all mortals and bring as many as possible towards the Dark.

The will of the Wicked ones is enacted by the most powerful of their servants – the Archfiends (or simply Fiends). The Archfiends, Lords on the Sixth Circle, are the generals of the Abyssal armies, creatures of great might, both physical and sorcerous. As opposed to their lords, these foul things can leave the Abyss and will do so at the head of their legions when the time is right and the Power of the Abyss is unleashed upon the world. Their minions are the Abyssals, of which there exist a large variety of forms, ranks and abilities – as many as
can be constructed by the twisted minds of their masters. The weakest are the Gargoyles and the Lower Abyssals (or Diaboli) of the First Circle. These devils are mere speckles
of their masters’ power, but they truly are legion – their numbers almost without limit. Their normal role is that of tending to the eternal torture of the souls of evil mortals trapped in the Abyss, but at times of war, they serve as foot soldiers. Some of these devils might strike a bargain with a lesser Abyssal creature of animal-level intelligence to serve the Lower Abyssal as a mount – thus the devil gains a status equivalent to that of a knight amongst Men and the title of Harbingers, taking residence in the Second Circle. The level of might in between these minor demons and the great Fiends is occupied by the Molochs of the Third Circle and the Behemots of the Fourth Circle, mid-rank devils who in times of war form the elite units of the Abyssal hosts. The Fifth Circle is the abode of the Abyssal Champions, crafty lower Abyssals that have received many new powers as a reward for services they have performed for a Wicked One.

Most often it is the armies of the Abyssal Dwarfs or the Twilight Kin that emerge from the Abyss to bring war and destruction on the land of Man, Dwarf and Elf. These evil legions are commonly surrounded by dark energies and accompanied by flocks of Abyssal creatures, but the Abyssals are invariably fickle allies, and often return to their abode. 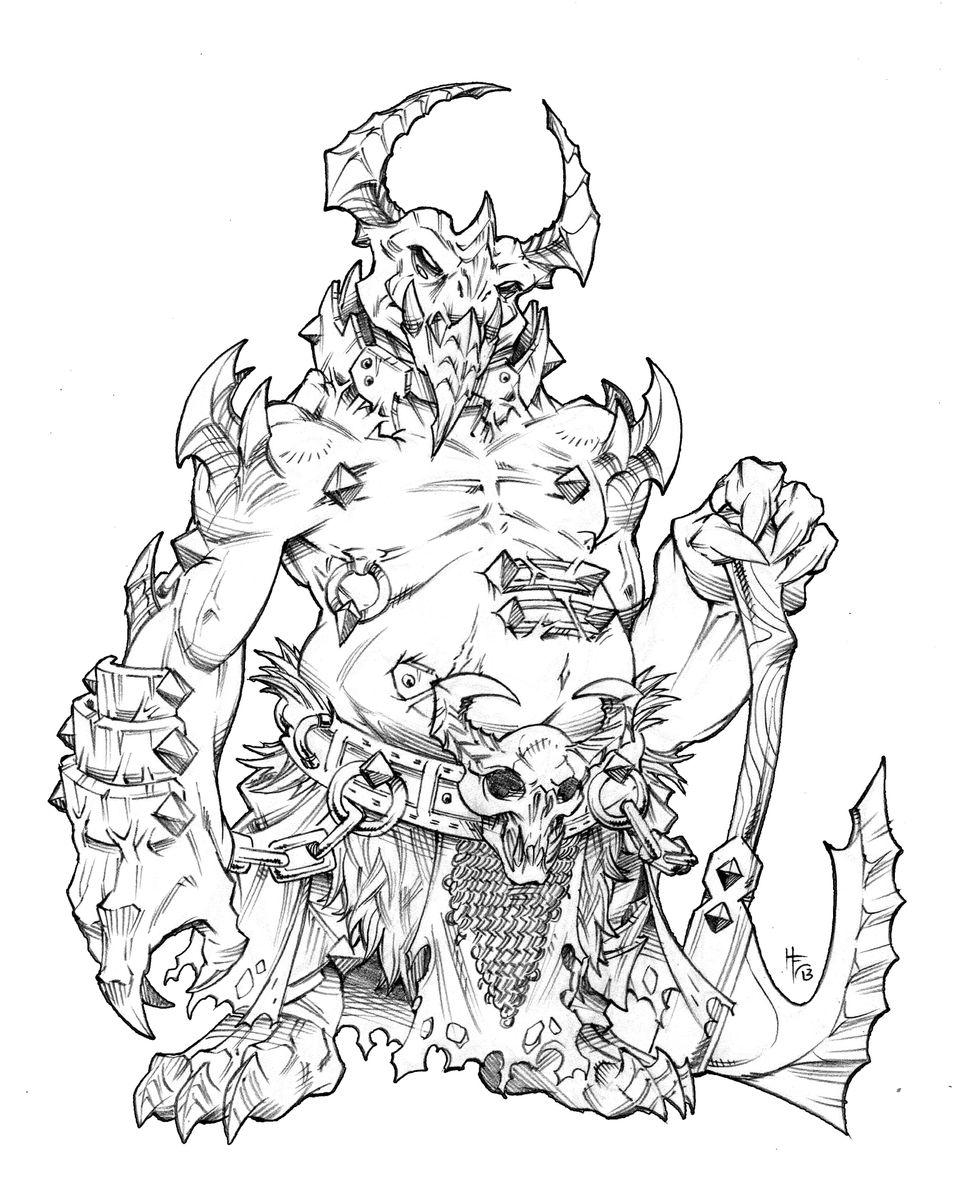 Molochs are the largest of the Abyssal monstrosities – lumbering
hell-spawn the size of an Ogre.

If the Basileans are the epitome of Good in the world of Mantica, The Forces of the Abyss are their direct opposite. While we aren’t currently producing any models for them (apart from the Gargoyles pictured above!) they have a full Force List in The Basilean Legacy, which is available to pre-order from the Mantic website. Of course, as they’re demons, they’re a great chance for a modelling project!