For anyone that missed it, Mantic took great pride in attending Salute 2013 on Saturday. Several of us from Mantic HQ went, along with an elite team of Pathfinders and our guest of honour, Jake Thornton. From the moment the doors opened, our stand was the busiest it’s ever been – we’ll need to look into getting a bigger one next year, especially with what we’ve got planned between now and then… 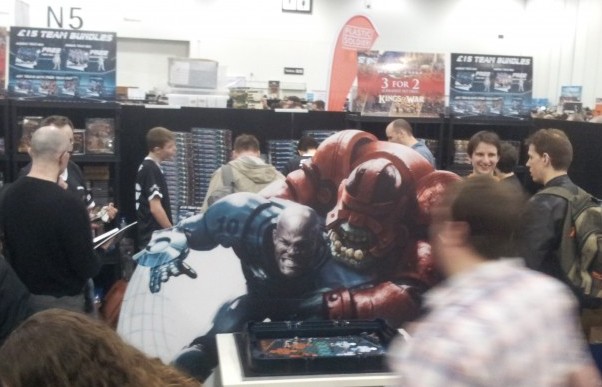 It was great to see so many Mantic fans, both old and new, and talk to them about their hobby. By the time we got to the end of the day we were all exhausted but we left with smiles on our faces (and I don’t think we were the only ones, considering how many Deadzone secrets Jake was letting slip throughout the day!)

One of the most popular areas of our stand was the demo zone, where our Pathfinder team – and some loyal auxiliaries from the Chelmsford Bunker – spent the day running games of Kings of War, Warpath and DreadBall. Our Pathfinders are usually spread out  across the country, running games for gaming clubs and stores, so when they combine their forces at a single event you know something special is going to happen! Every time I looked over the DreadBall area in particular was packed with people, and from the shouts and cheers I think the game made lots of new fans! 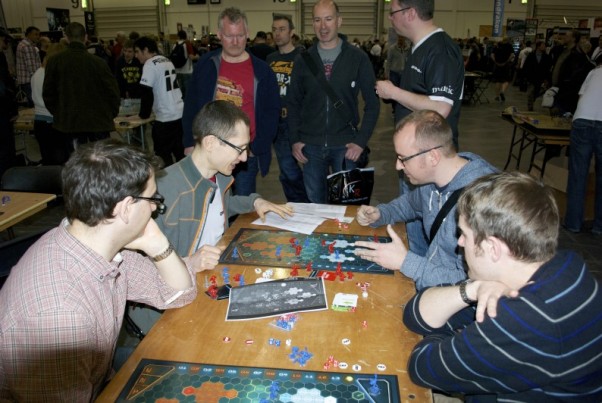 There are plenty of photos on the Mantic forums – for a start, Pathfinder Matt’s set here has got some great shots of what was going on around the gaming tables.

Were you at the event? If so, let us know what you thought in the comments below!