Shot through the heart (and you're to blame!)

What’s better than Ogres with 18 Crushing 1 Attacks getting up close and personal? 6 Ogres with Crushing 2 Crossbows that can unleash 18 shots from 24” away, that’s what!

OK, so there is a difference in the ability to hit (Warriors have a melee of 3+ compared to the Shooters RA stat of 5+) and the Shooters are a fair few more points but still, that’s a lot of firepower! 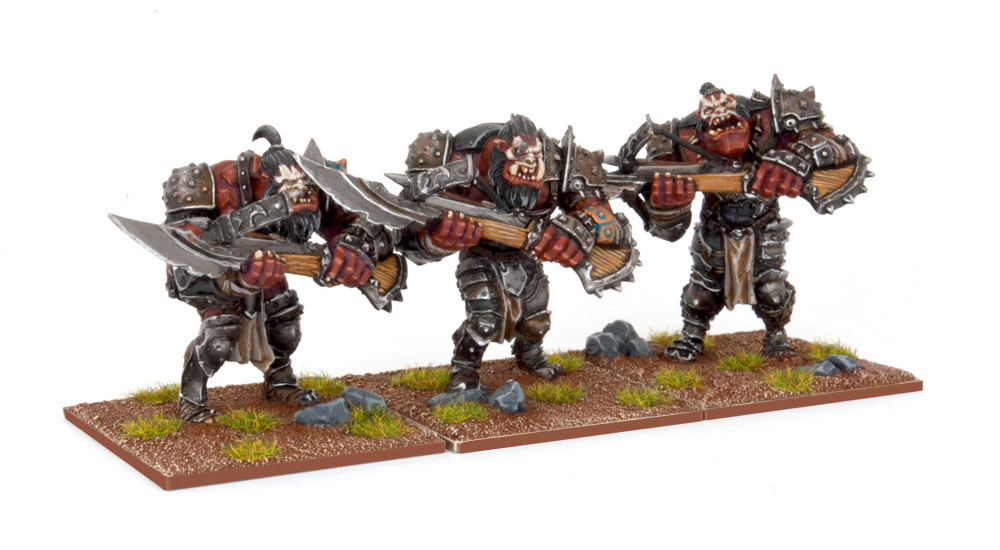 Ogres enjoy the hurly burly of close-quarter fighting a lot, but they are cunning hunters too, and for a proportion of them missile weapons hold an undeniable draw. Prosaically called Shooters (the Ogre language is blunt and to the point), these Ogres spend their mercenary days providing ranged support for their paymasters, although the weapons the Ogres carry are so large that “artillery support,” is probably a more apposite phrase.

The Ogre Shooter Regiment is a new addition to the Kings of War range and contains enough bits to assemble 6 Ogres with either Crossbows, Blunderbusses (which gives the units Breath Attack (3 per model) and Piercing 1) or you could build 3 of each! 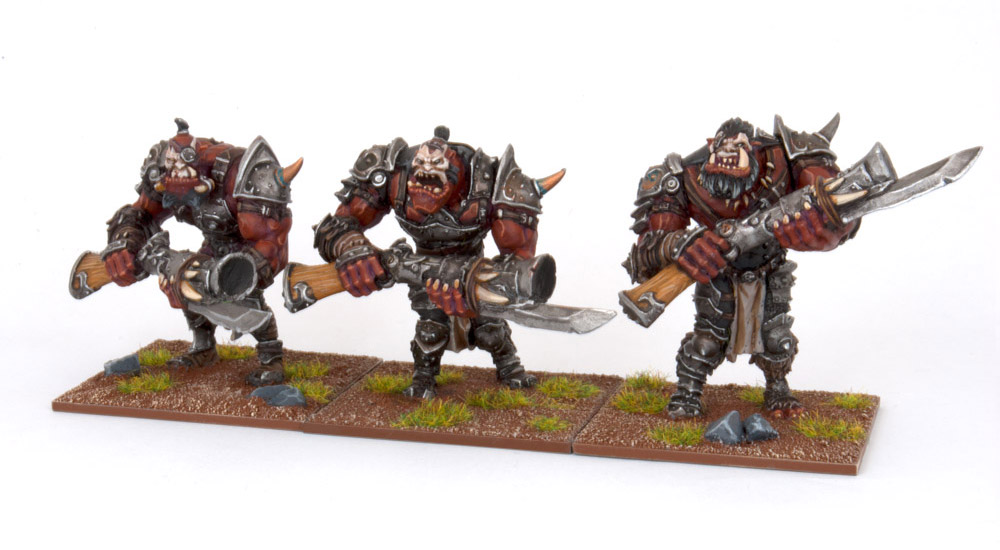 The Ogres are now available to pre-order from the Mantic Webstore and will begin shipping on the 29th July.