We’ve got a strictly limited number of our Show Special Army Deals left and you’ve got until midnight tonight to pick up one of these awesome army deals and avoid disappointment!

Containing an absolute shed full of miniatures, including limited edition and new releases, as well as free postage and free Kings of War rules, these will be taken down on Tuesday 3rd May, so if you want to get your hands on one of these awesome deals (the big Undead one has over 350 figures in it!), you’ll need to act now! 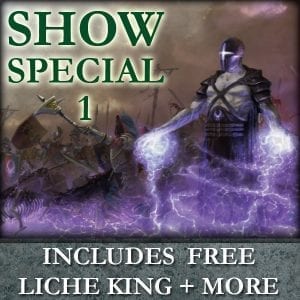