Okay, admittedly, there aren’t technically any presses to stop, this being a blog and everything, but I just found out something so awesome that I have to tell you all about it!

As you’re surely aware by now, I’m starting an Undead army. I’m starting out with the one-player battle set (£29.99, or $49.99 if you’re in the States) which gives me 20 Skeletons, 20 Zombies and 10 Ghouls. That’s all fine and dandy – a great price for a decent-sized block of troops to get painted. However, I’ve just found out that from Monday, we’ll be dropping the price of the Two Player Battle Set to £39.99 / $74.99 for three months!

If you’re not familiar with the Two Player Battle Set, it gives you an Undead army and an Orc army – so you can split the cost with a friend and get a starter army each. Or, if you’re feeling adventurous, you could start both armies yourself! 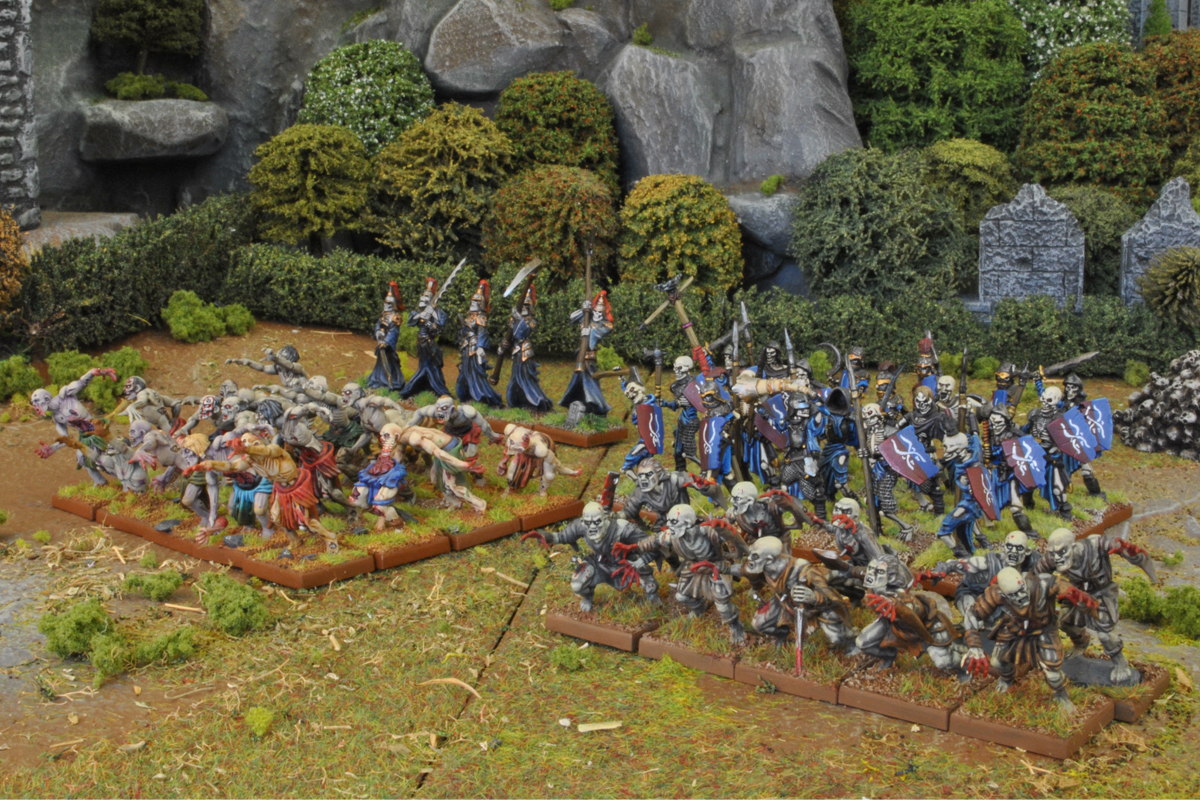 The Undead side of the battle set gives you the same deal you get in the one-player battle set, with the addition of a Troop of five Wraiths. Not bad at all when you’re paying less than you would for the one-player set! Also, the vast majority of the army is made up of multi-part plastic sets, meaning you’ve got a great chance for some variety within your units. Oh, I’ve got some plans for these models… 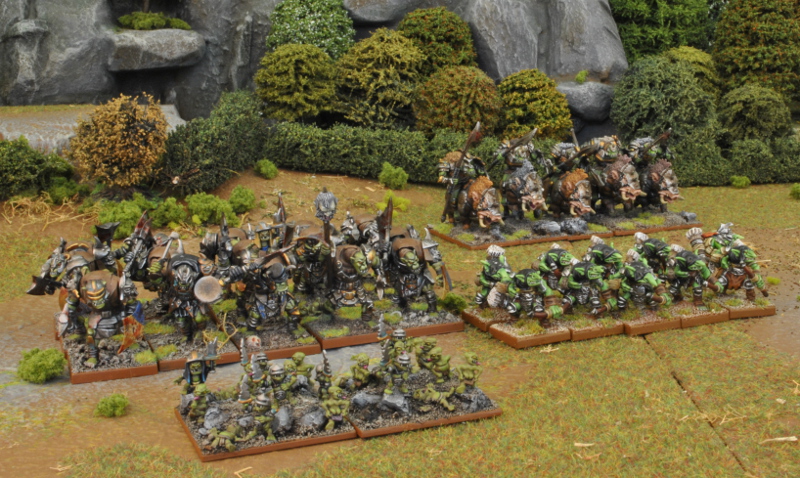 The Orc half of the battle set is just as exciting – you really do get a good variety of units whichever side you pick. They get a 15-strong Ax Regiment, 5 Gore Riders and 20 Goblin Spitters. Goblins aren’t part of the Orc army list, but as a solid unit in the Goblin list they can be taken as allies, giving you some cheap missile troops. Finally, you get enough Orclings to fill a couple of bases – not enough for a Troop of 3, but enough for two individual bases, ideal for being a general annoyance to your opponent.

I did a bit of number-crunching and discovered that it’s possible to make two balanced army lists from the contents of the box. I’ve put these together as a nifty little download (right-click to save it!) so you can start playing straight away with the contents of your set! I’ve included a short summary of the rules for each unit, so it should save you flicking back and forth when you’re learning the rules. If you’d like to see more stuff like this, let me know in the comments below!

Right, that’s enough from me. I’m off home for the weekend to build me some zombies! I’ll definitely be picking up a discounted Two-Player Battle Set on Monday, and I imagine a fair few of you will be joining me! All I need to do now is find someone in the office to share the Two Player Battle Set with. I wonder who it’ll be… 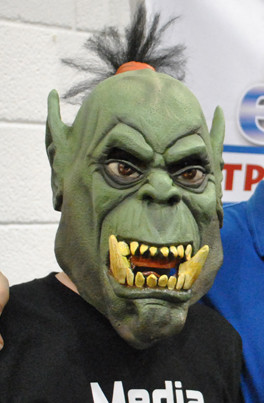