Iron Casters blend the natural skill of the Dwarf with all things mechanical with the unnatural sorcerous power of the Abyss to fuel their unholy creations. The strength of will required to bind these elements to their bidding is phenomenal, and it is no coincidence that the greatest of their kind rise to positions of power among their blighted kin. A supreme Iron Caster is a being of immoveable purpose, and will use that power to subjugate a Great Winged Abyssal. Vicious creatures born of dark magic and malicious hatred, they do not submit to a master easily. On the battlefield, the combination of the dark power of the Iron Caster and the brute force of his mount is a deadly combination. 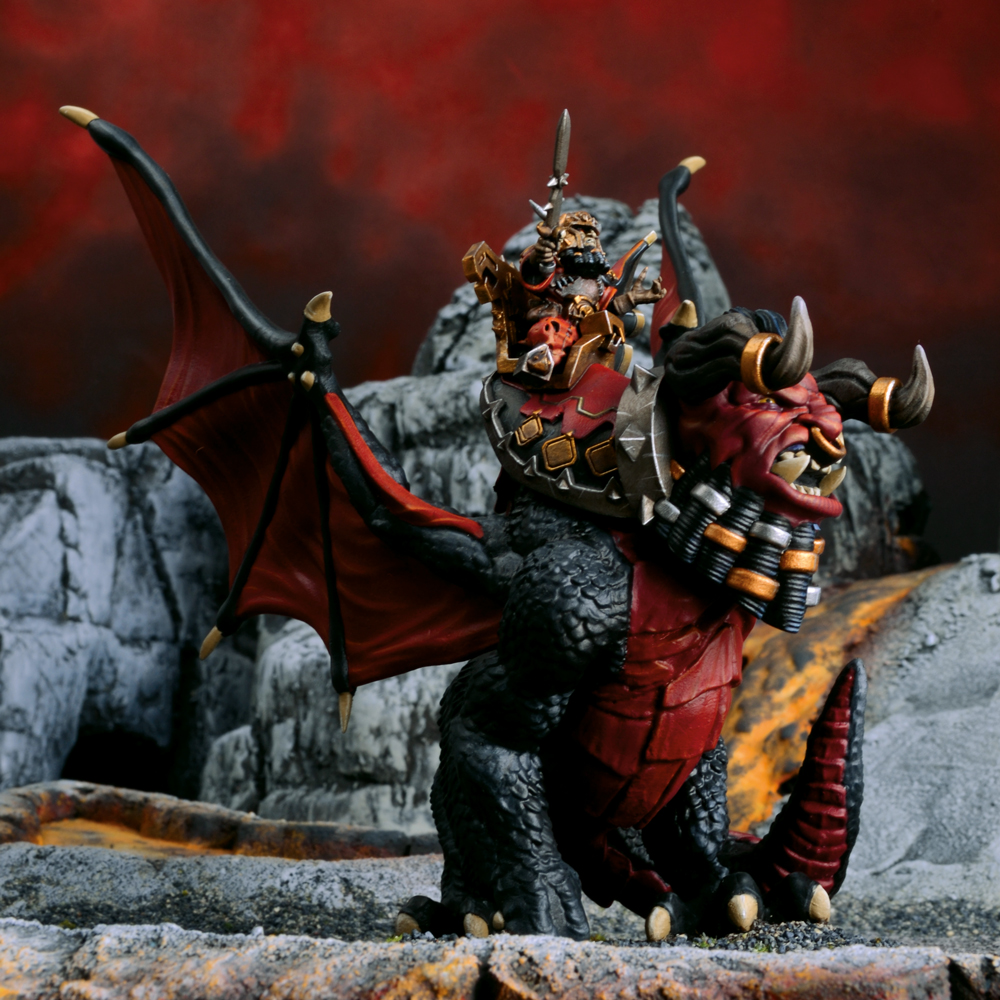 Cruel masters amongst the Abyssal Dwarfs, Supreme Iron-Casters are mighty wizards capable of flinging fireballs through the sky, inspiring troops to greater acts of slaughter and can be upgraded with the ability to cast Surge and Lightning Bolt too. 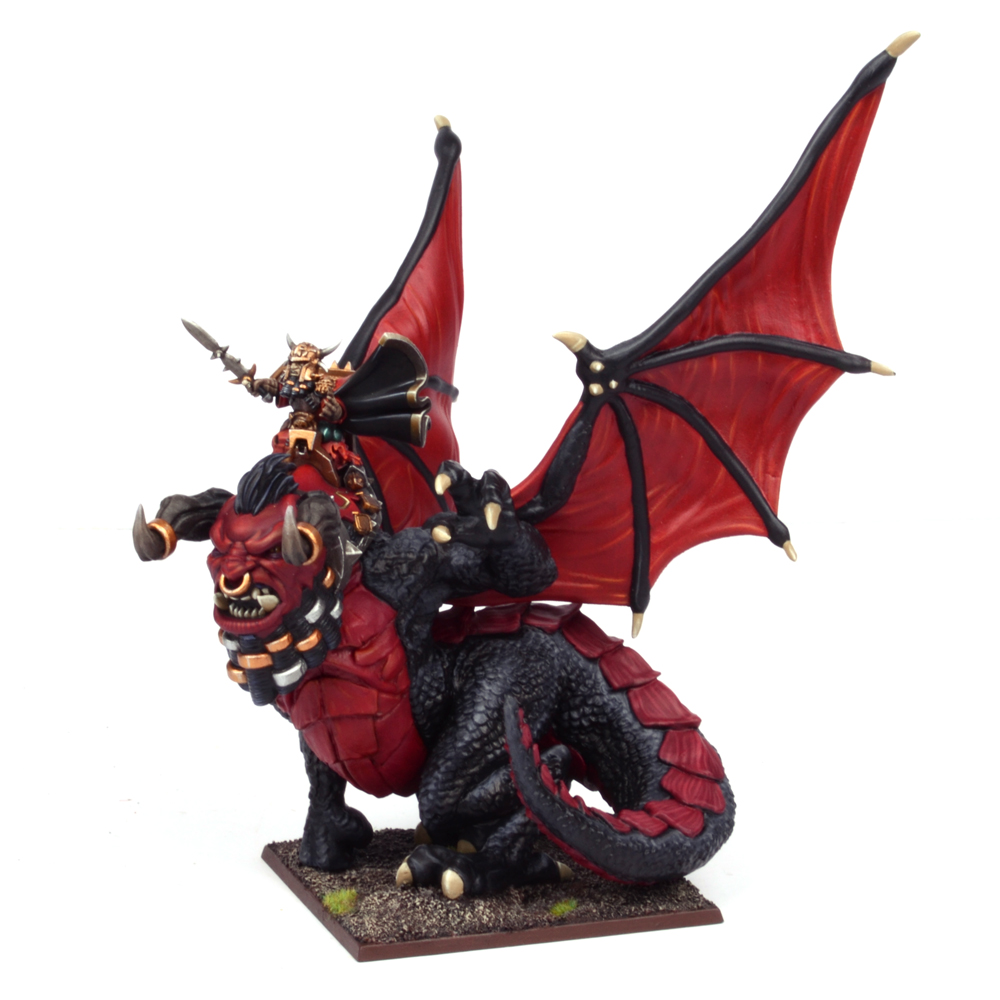 The Supreme Iron-Caster is made mobile by being mounted on a flying Great Winged Abyssal. This miniature is based on the 175mm tall PVC plastic dragon, with a metal upgrade kit for the head.

The Supreme Iron-caster can be played in a defensive role too, with the ability to Heal War Engines, Golems and Immortal Guard, making it the perfect hero to add to an Abyssal Dwarf army set! 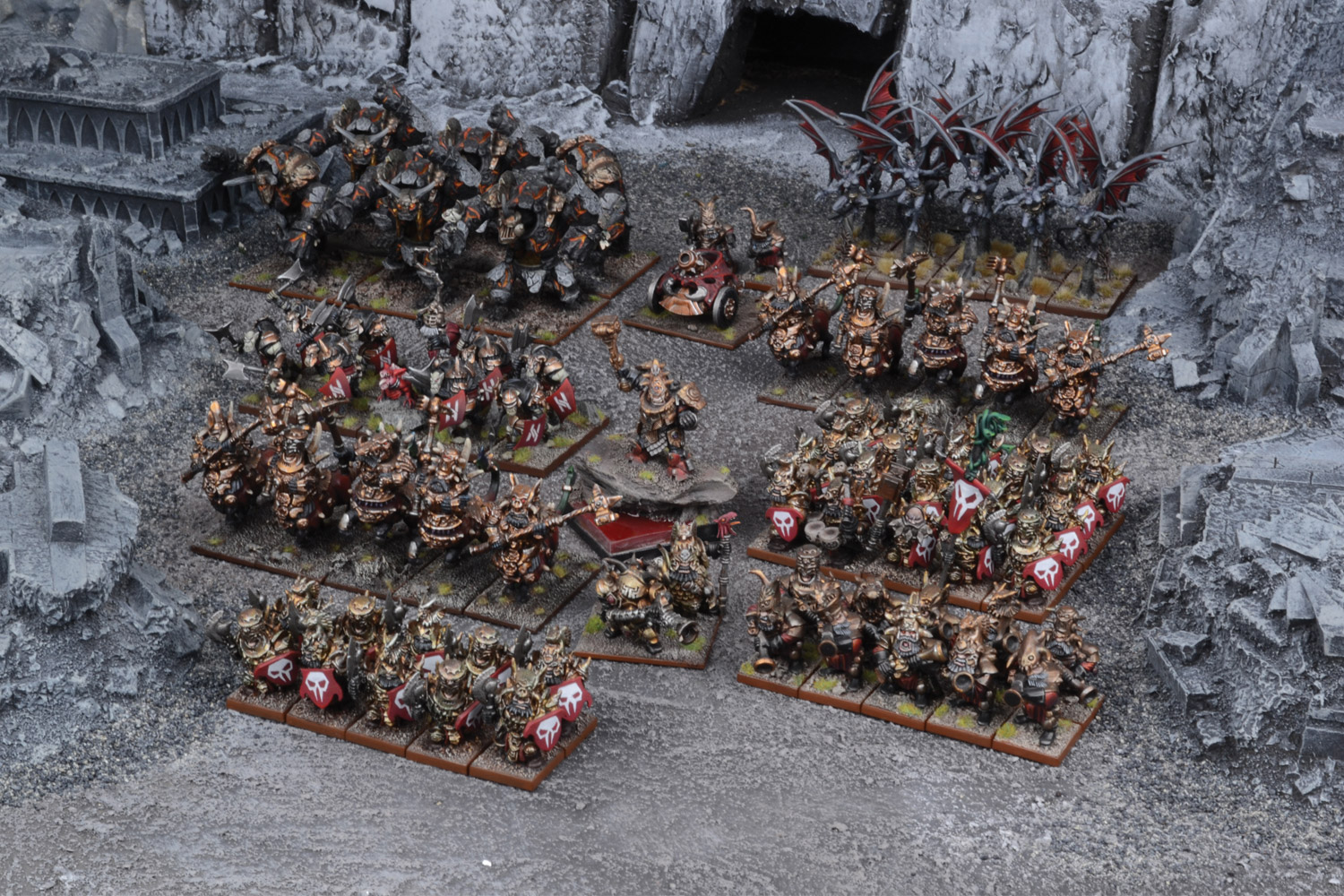 Participate: Let us know what you think about the Supreme Iron-caster on Greater Winged Abyssal, and which army you’ll be playing in Kings of War!

Pre-order: The Supreme Iron-caster on Greater Winged Abyssal is now available to pre-order from your local hobby store and the Mantic Webstore. It will begin shipping from the 23rd November.