I’ll admit it – I’m moving on from my Forge Father DreadBall Team. The Nameless have caught my attention! [Chris has been playing Forge Fathers since before DreadBall was a thing. This is like Ronald McDonald ordering a family bucket and some hot wings… – James]

I always really liked the John Doe concept and I wanted to try a team that could do more on the ball. Despite their very average stats, the Nameless Strikers are pretty quick and have good ball handling skills thanks to the A Safe Pair of Hands ability. Being used to only moving four hexes a turn, I’m enjoying the freedom they offer me to nip across the board! And of course, when it comes to Guards, the Sticky and Hard combo of Gotcha! and Strength 3 is pretty devastating. 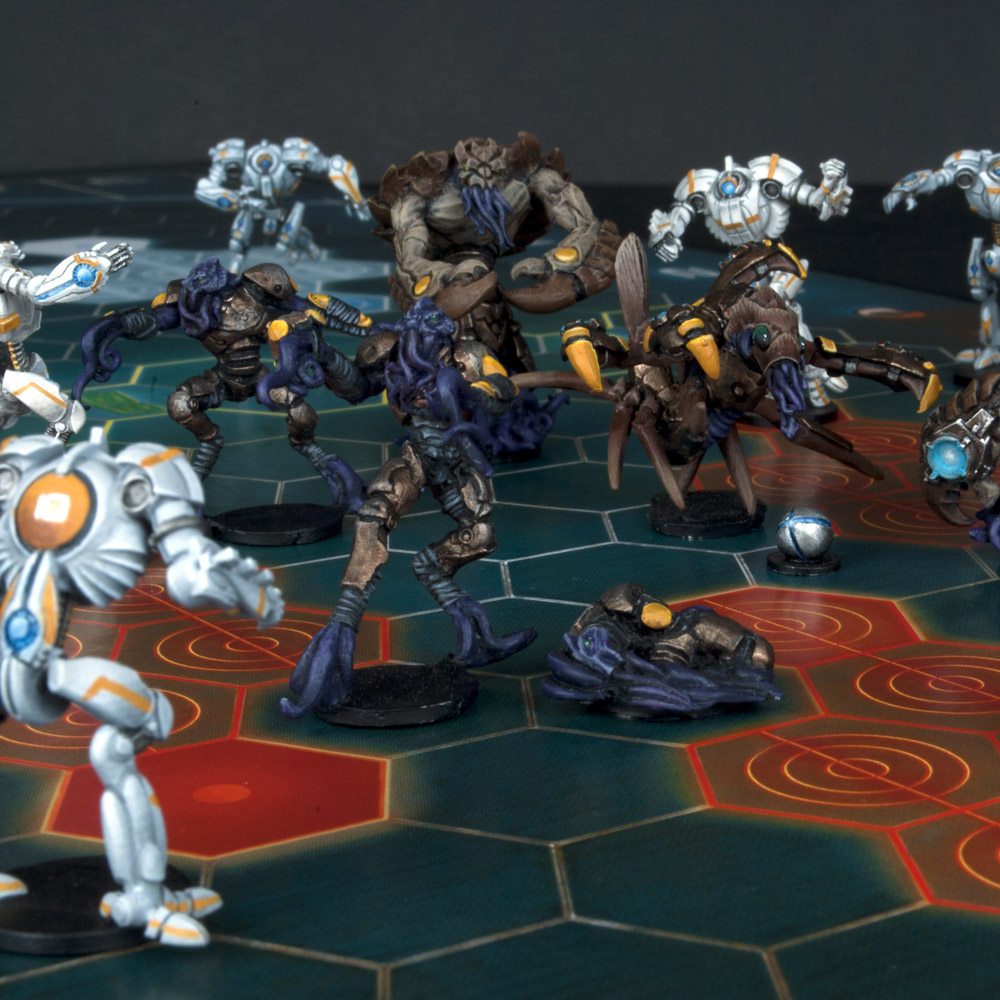 I’ve been playing around with the idea of the Nameless for a while, so I’ve played a couple of games using proxy models, but I think I might crack and pick up a proper team. Why is this relevant? Well, last Friday the DreadBall Season 3 Boosters went up for pre-order, and that means I can get a whole bundle of models for my gribbly fish team in one go!

The Asterians have now also got a team booster. Yes, the original pesky space-elves are back with more poses and a prone figure that has a bit of a headache. Which is apt really, because these tricksters have been causing all kinds of problems to opposing players… 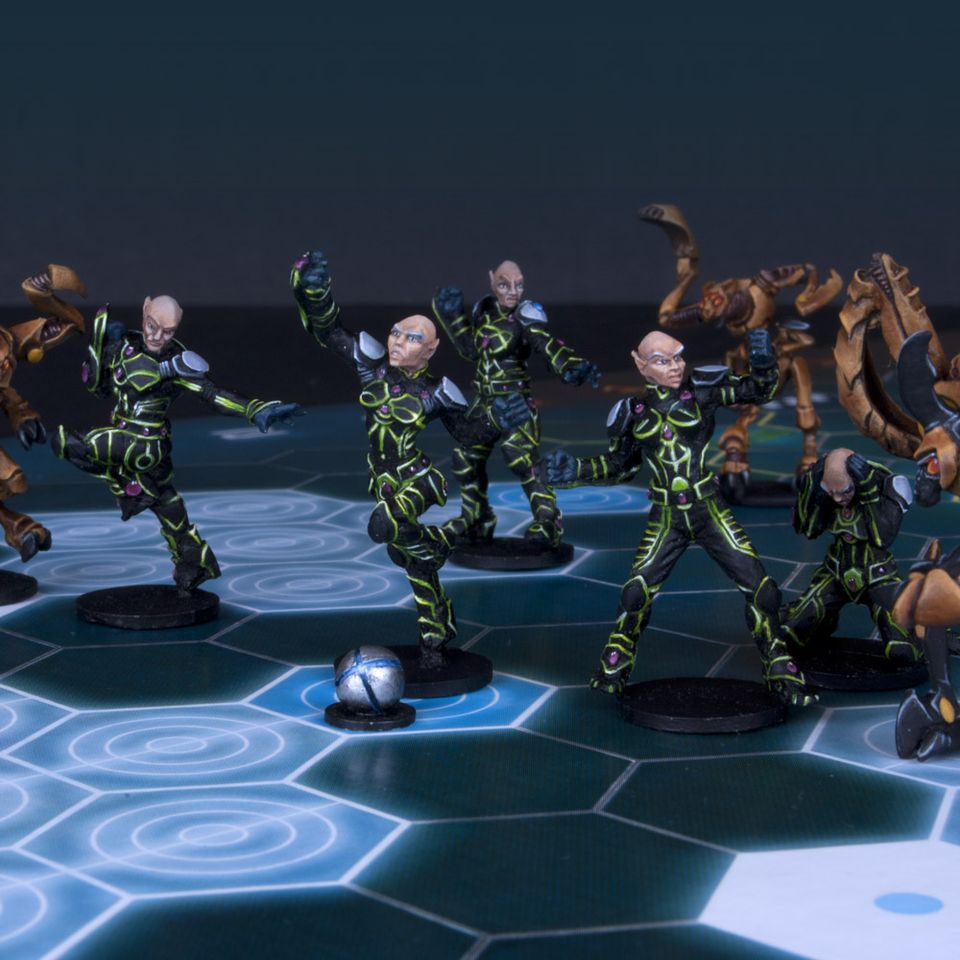 That’s such a dive! He barely touched him!

So, do you like calamari or do you prefer your players with less tentacles and pointy-earness? Let us know in the comments.

The DreadBall Season 3 Boosters, MVP All-star packs and Galactic Tour Series: Azure Forest and are now available to pre-order and begin shipping on the 27th January 2014.