TALE OF A KING: CLASH OF KINGS ROAD TRIP PART 15 – The Finale

You may have seen from Facebook the UK National Final for the Clash of Kings happened at Sanctuary Gaming Centre in Nottinghamshire.

Although we had sold 30 tickets plus the 6 Regional Champions (who each received a free ticket to attend) we had a few last minute drop outs leaving us on 31. Luckily we had planned for this and Dave Symonds from Mantic jumped in to make up the numbers. Dave took my Basileans that were currently unbeaten from the Clash of Kings Regionals and attempted to continue their good form.

Some gamers arrived Friday evening, including the contingent from Spain, and by about 9.30pm we had 10-12 Clash of Kings players in the venue having a chill out before the weekend.

Saturday we started bright an early and after a little logistical mix up picking up Dave and Rich from the Station we headed to the venue to finish set-up and get registration underway.

Registration complete we had a quick pre-event brief before kicking off! 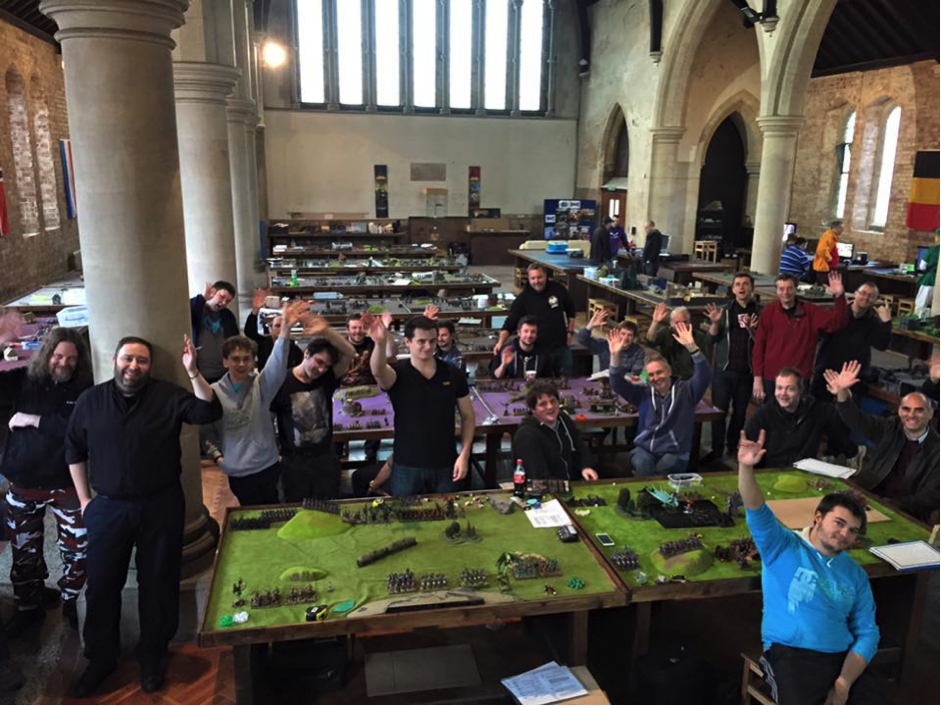 We played 3 games Saturday (Invade, Kill and Pillage and Loot) and 3 games Sunday (Pillage, Dominate and Kill). Each round lasted 2 hours and each player had 55 minutes on their chess clock. And the players were running 2500pt lists.

There are loads of pictures and the odd report on our Facebook page but the whole weekend flew by! If you want to see action shots probably best to get over there as we’ll soon run out on this Blog post! 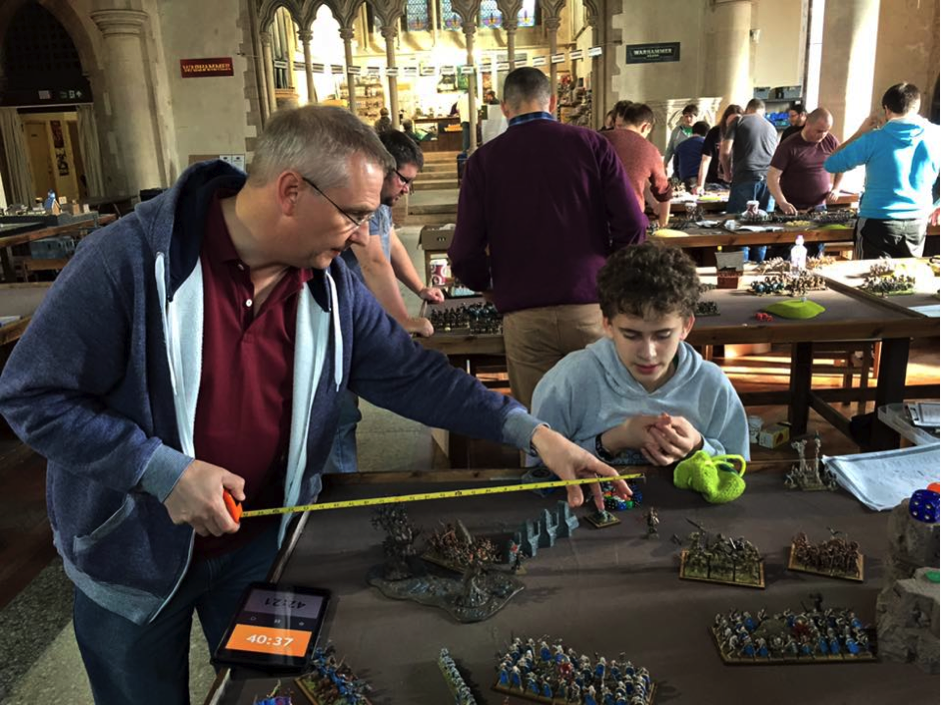 Saturday night most of the event went to a local pub to watch the rugby which then progressed into Karaoke.. there are pics and videos on the Kings of War Fanatics page… and we’ll leave that there! 😉

Lunch each day was booked into the Sutton Buffet for an all-you-can-eat buffet which seemed to go down really well with the players. 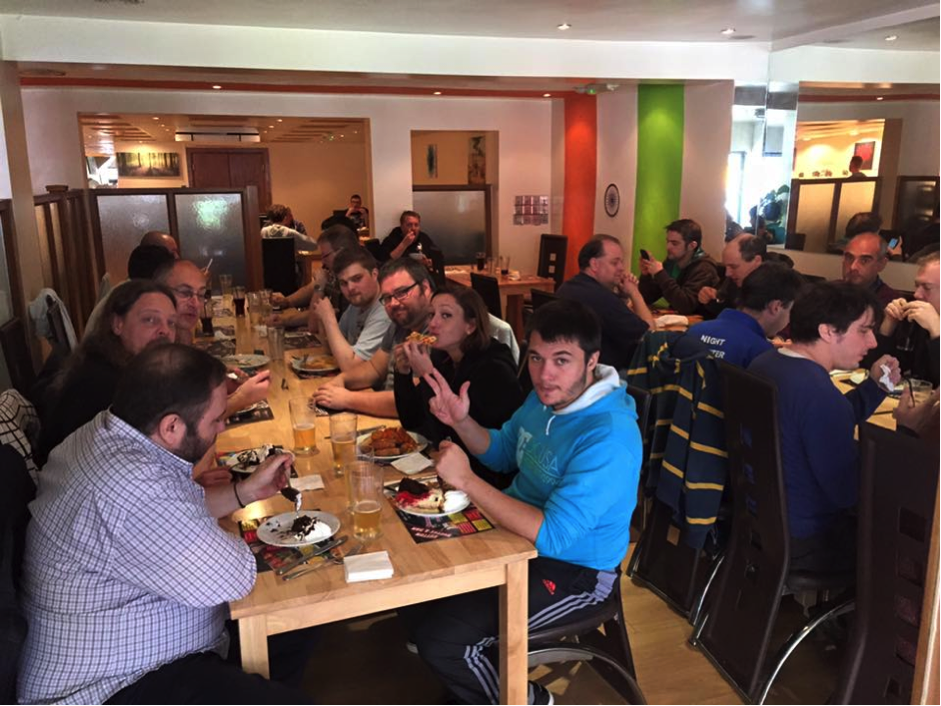 But there were plenty of other activities going on at the Sanctuary Gaming Centre over the weekend including Dungeon Saga Demo’s run by Rich: 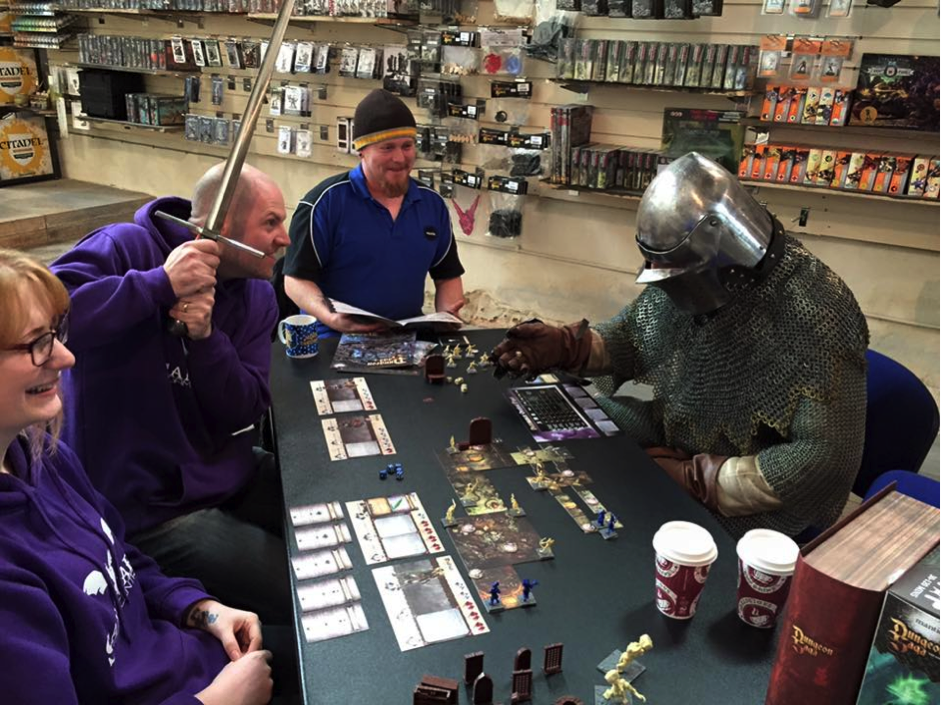 The awards (you can find more pictures on our Facebook page)

Of course at the end of any Tournament we have awards & winners. Here are those from the 2015 Clash of Kings Final. 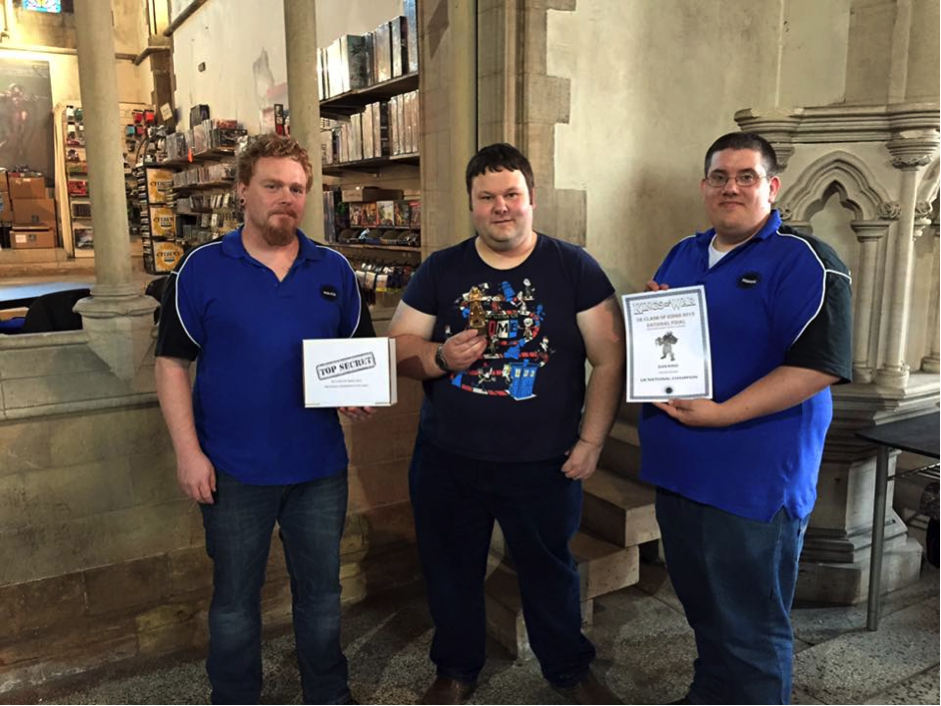 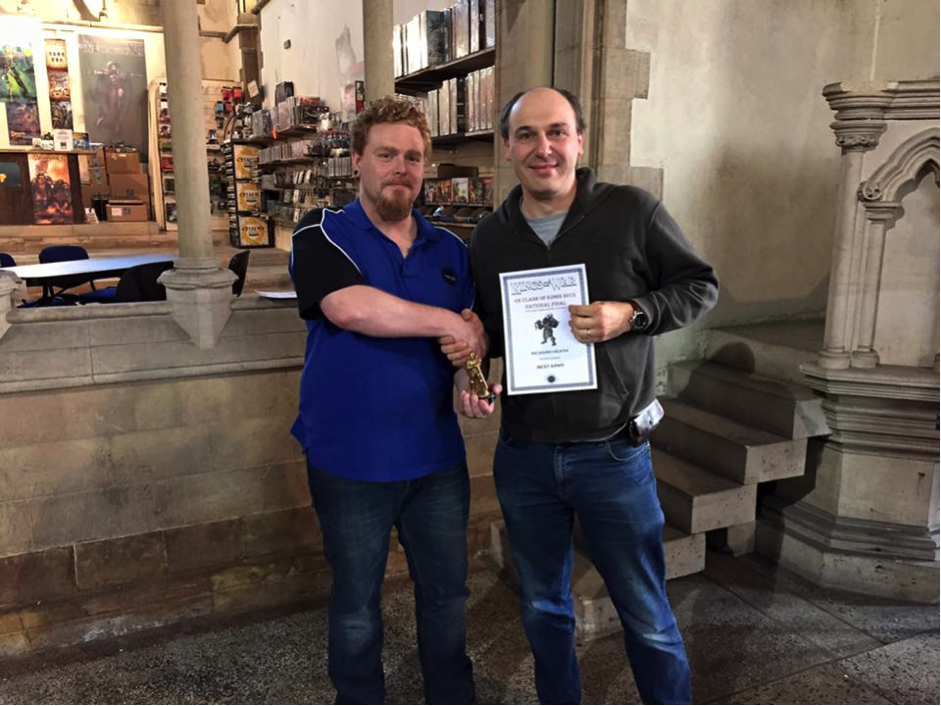 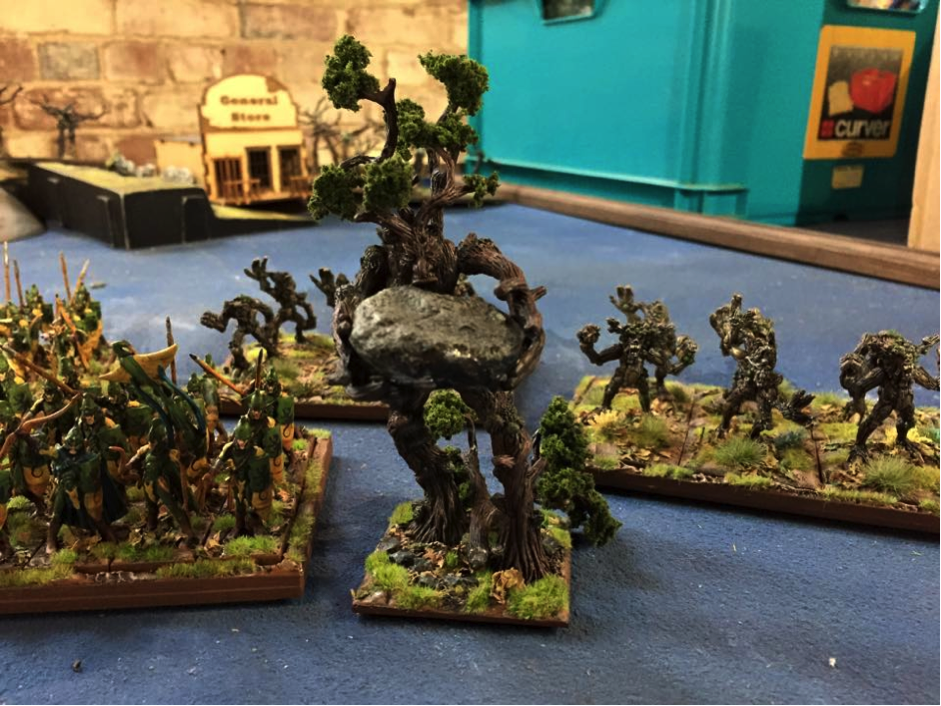 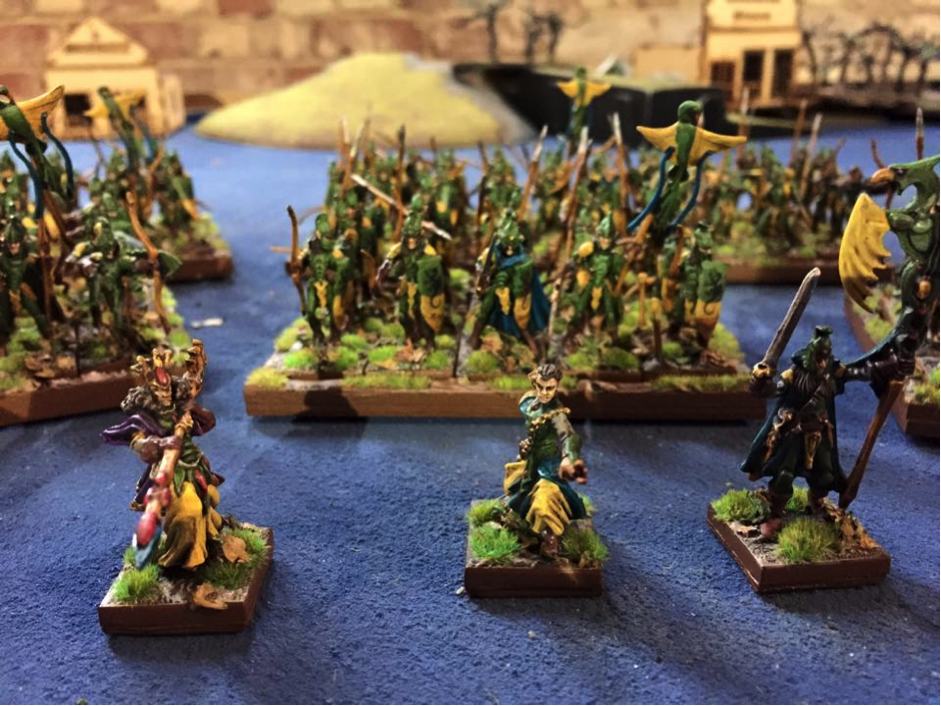 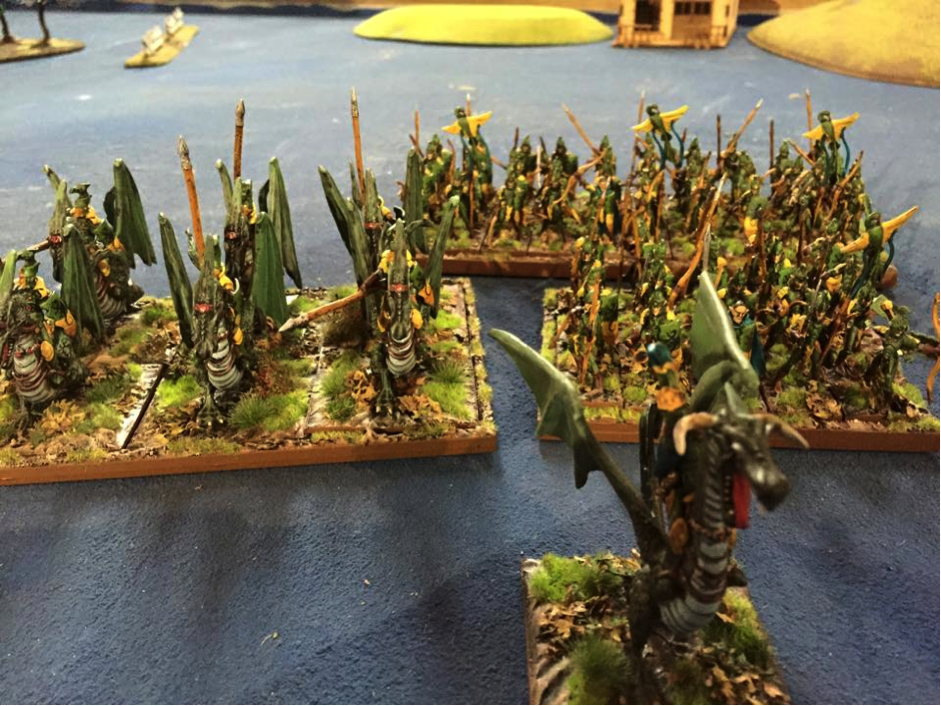 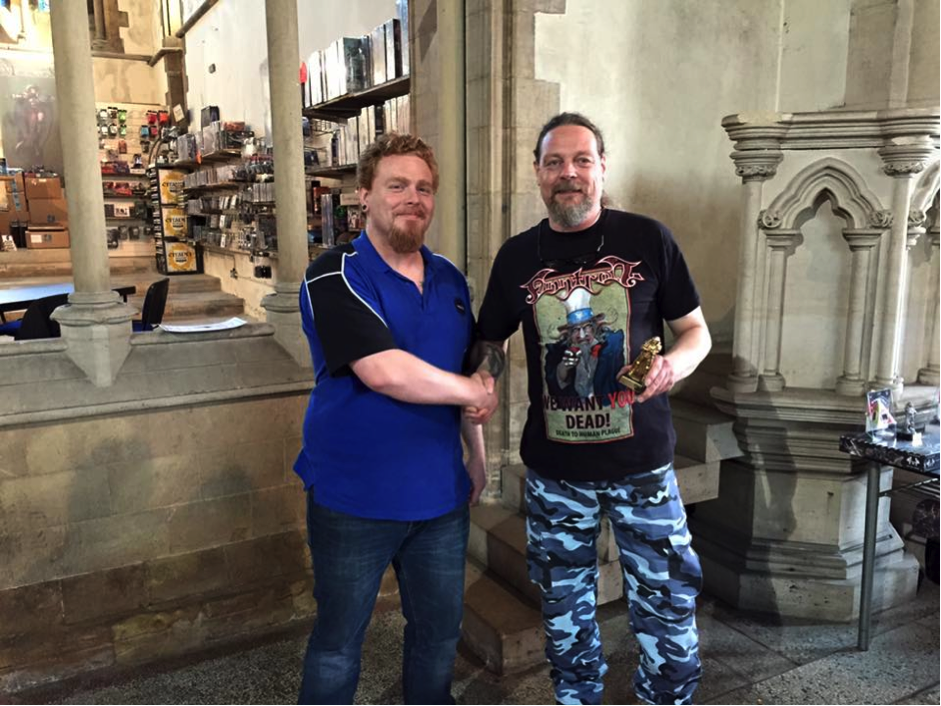 And the full Final Standings:

So a good spread of lists. No Abyssal Dwarfs which is sad (and I’m sure will make Ronnie sad). Any suggestions to why that might be? No Forces of the Abyss either but that’s probably mainly due to the lack of models currently.

Here are the top 4 lists. I know some of the others have been posting theirs up on the Kings of War Fanatics page so check that out for more.

1 x Buccaneer Horde with Jar of the 4 Winds

What is really good to see is the balance of the lists. The usually min/maxing and spamming of other systems isn’t really apparent. Speed is still a big factor in the game it seems and the manoeuvrability of flyers in the top lists allowed them to get round and attack the enemies biggest threats.

So with the results in we have our UK National Champion – congratulations to Dan for retaining his crown. A close end again with 2 players in contention in the last round and 6 more playing off for 2nd and 3rd. Thanks to all the entrants for playing the event in a sporting manner – very few issues for me or my Head Ref. Thanks to Matt Gilbert for Ref’ing, Dave Symonds for standing in, Rich Armstrong for Event Support and Dungeon Saga Demo’s and of course Sanctuary Gaming Centre for hosting us. I’m sure Mantic will be back as I’d expect the event to expand even more next year – 50 players maybe???

So that’s it! Clash of Kings over for another year – and what a great year it’s been. I’ve travelled over 1500 miles around the country to the Regionals and then returned to Nottinghamshire for the Final. Last year we think we had about 16 players in the Final – this year 32! Next year let’s see it grow to over 50!!

But this event also marks my last for the Company as I’m off to pastures new. I would like to thank all the Staff, Retailers and players I’ve met over the years running the UK Kings of War Regionals and Finals. It’s been a real honour to be on this journey with you and the Kings of War game and wish you all the best for the future! I’ll be back next year but as a punter – hopefully entering the North West Regional as that’s where I’ll be based and then onto the final.

Till then, good luck and goodbye!

Clash of Kings Will Return In 2016