Tale of a King: Clash of Kings Road Trip: Part 4

Part 4: Build me an army worthy of Norwich! 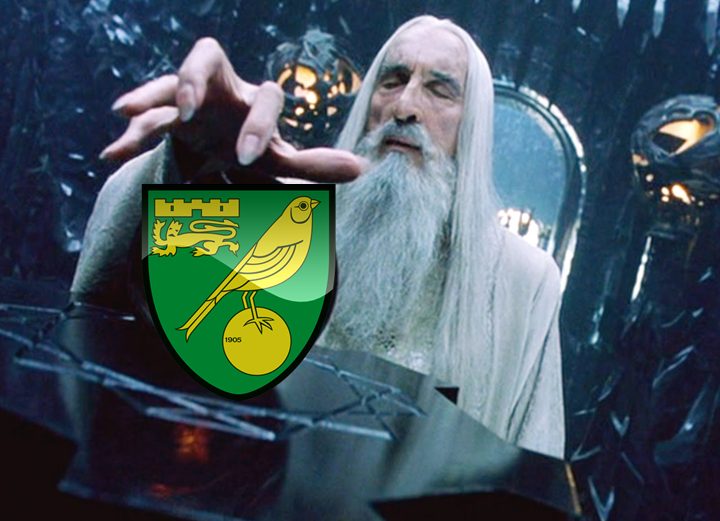 So much like the Hobbits in Tolkien’s epic tale I’ll soon be off East to do battle in a dark and desolate land, we even have to go through an area called ‘The Fenlands’. Thankfully Norwich is a lot nicer than Mordor and I’m sure the lovely guys at Athena Games, who will be hosting us at the East Regional of the 2015 Clash of Kings, will protect us from the hordes of marauding Orcs and Goblins!

Progress on the Army…

Assembly for me is the most laborious job in the hobby. I may not be the best painter in the world but find painting to be quite a creative part of the hobby and playing is very much the fun part for me. But gluing, trimming flash and scraping mould lines can get a little monotonous at times! Luckily the Six Nations Rugby kicked off last weekend so sat in front of the TV I made a serious start on the army – not like I have less than 2 weeks till the first Regional!!

First up I opened all the bags of Panther Lancers and Horses and got them all stuck together. I want to get these painted before they are stuck to their unit bases. The riders, if time is an issue, can just be base coated and sat on their mounts for the first event.

For my list I need 30 Gurr-Panthers, 30 Horses without bases and 2 Horses with bases (for the High Paladin & Holy Icon). 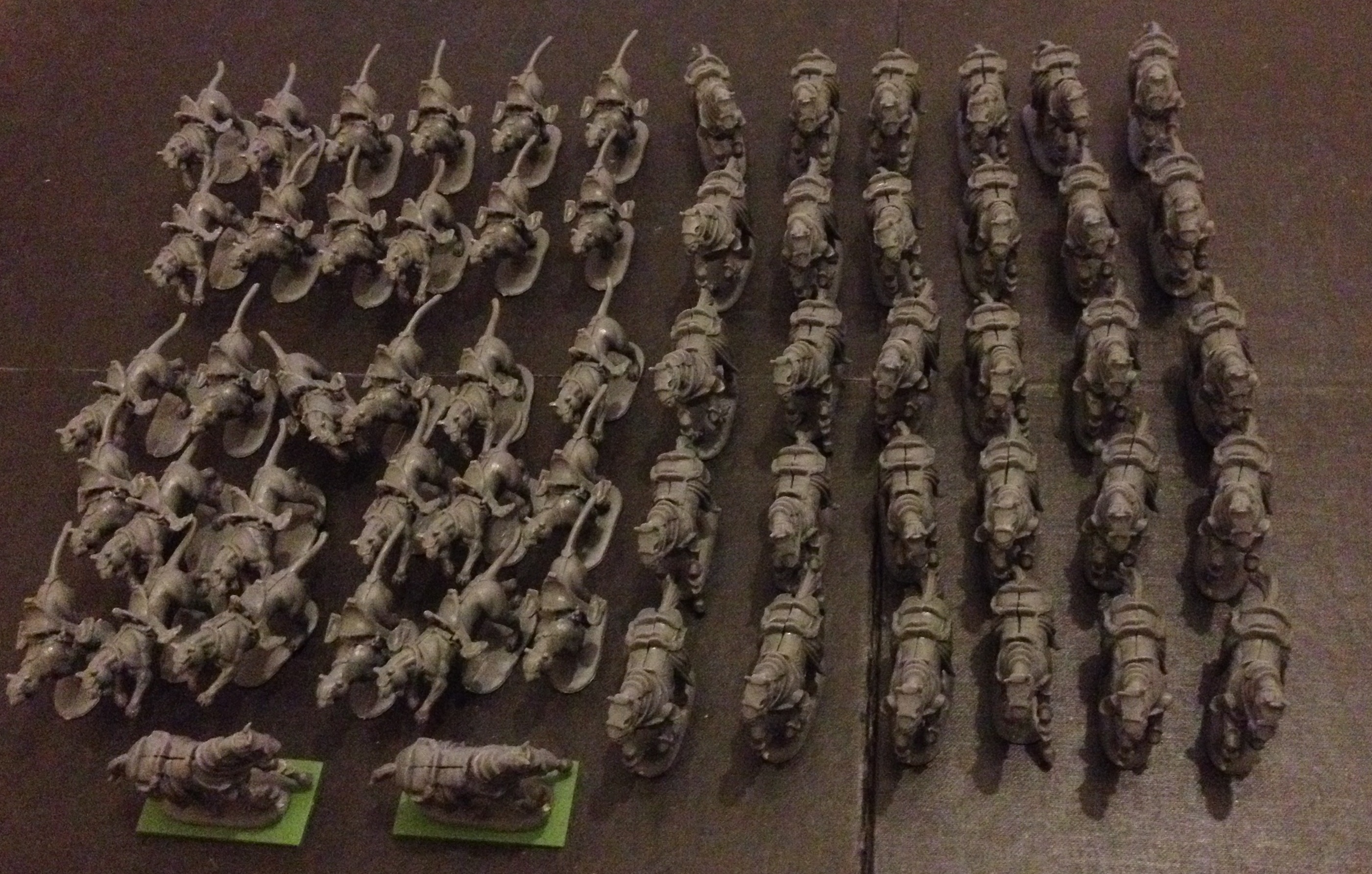 Every model will have a mould line to a certain degree, some are pretty faint, others not so! So using my modelling knife I carefully scraped these off. I also removed any flash from where the models had been de-sprued. I stuck a new blade on for this project so it was quite quick and easy.

As these are Restic models I needed to use Superglue to stick the two halves of the models together. Restic is a type of Plastic that has no or very little Polystyrene in it so ‘normal’ Plastic Glues or ‘Polystyrene Cement’ won’t work.

The odd model had a gap that needed filling. A few Gurr-Panthers had a gap under the neck and the horses had slight gaps on it’s backside. These were simply filled using ‘Green Stuff’ (a 2 part Kneadatite modelling putty that hardens once the blue and yellow halves have been mixed). 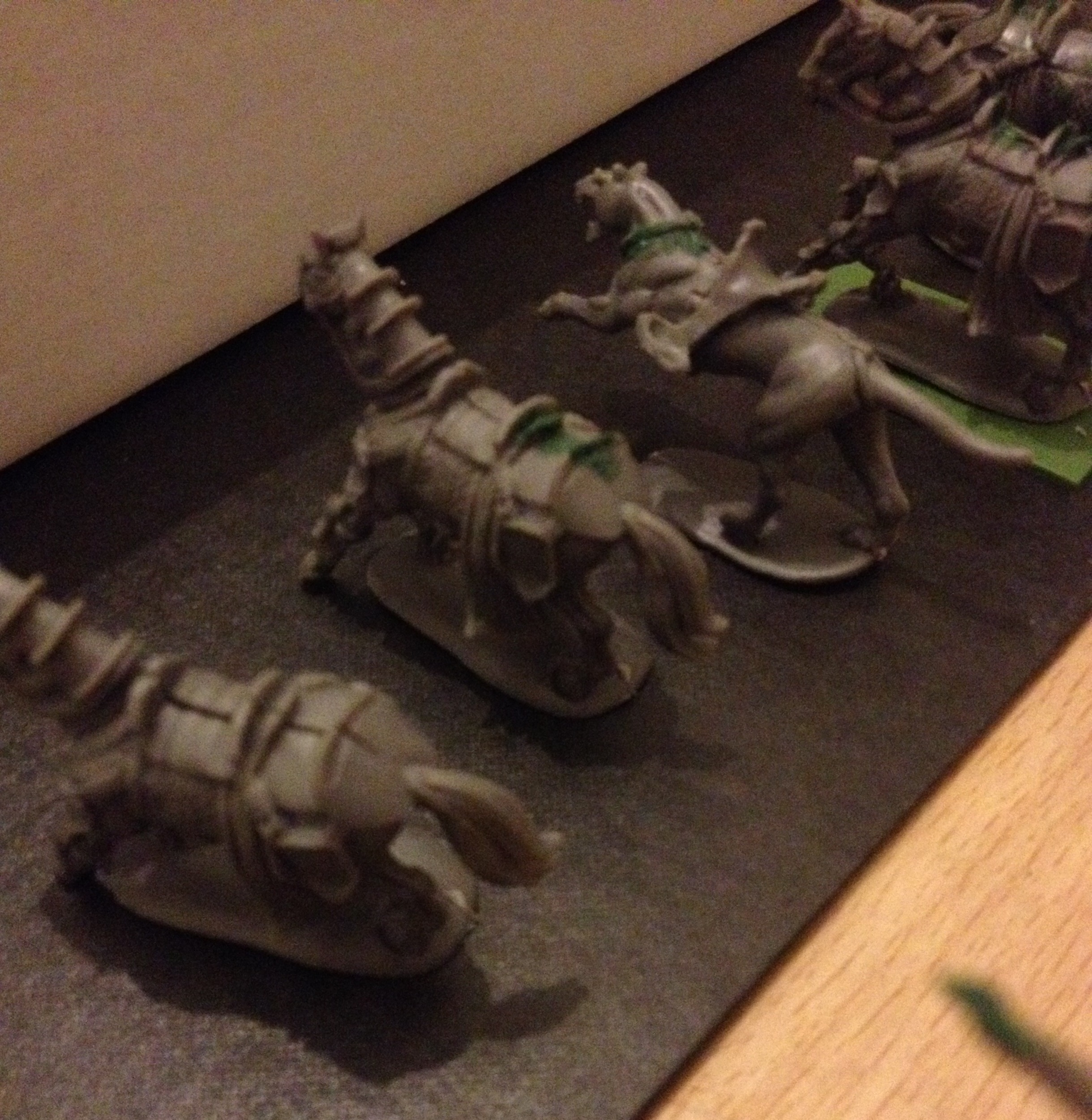 So that’s the cavalry assembled, luckily I work in a nice big warehouse, with an abundance of scrap cardboard, where I can find a quiet corner to undercoat the models. As usual I am using Colour Primers from The Army Painter (www.thearmypainter.com). I always start off with a Black undercoat as I find this helps create a darker colour in the recessed areas of the models. 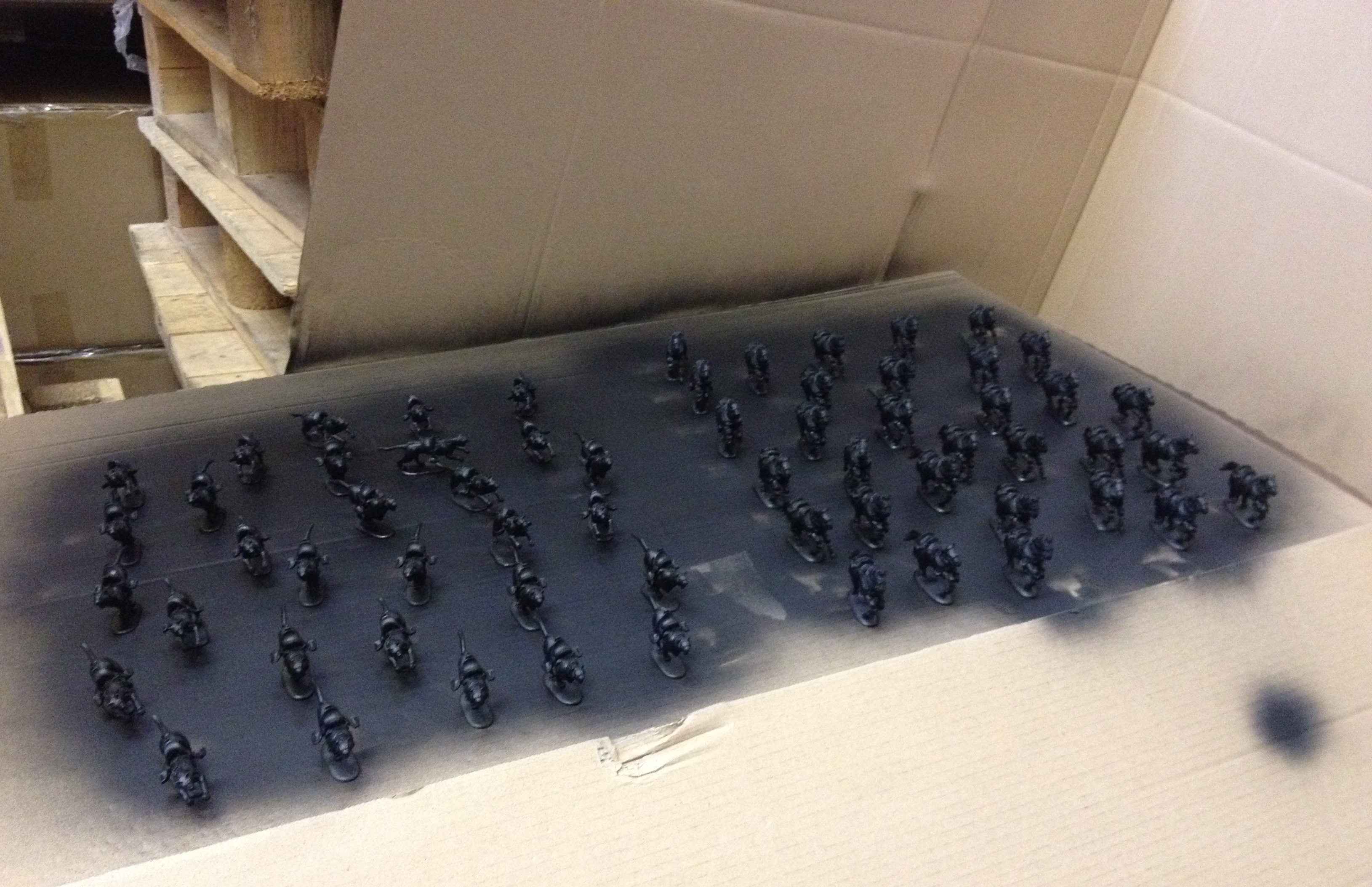 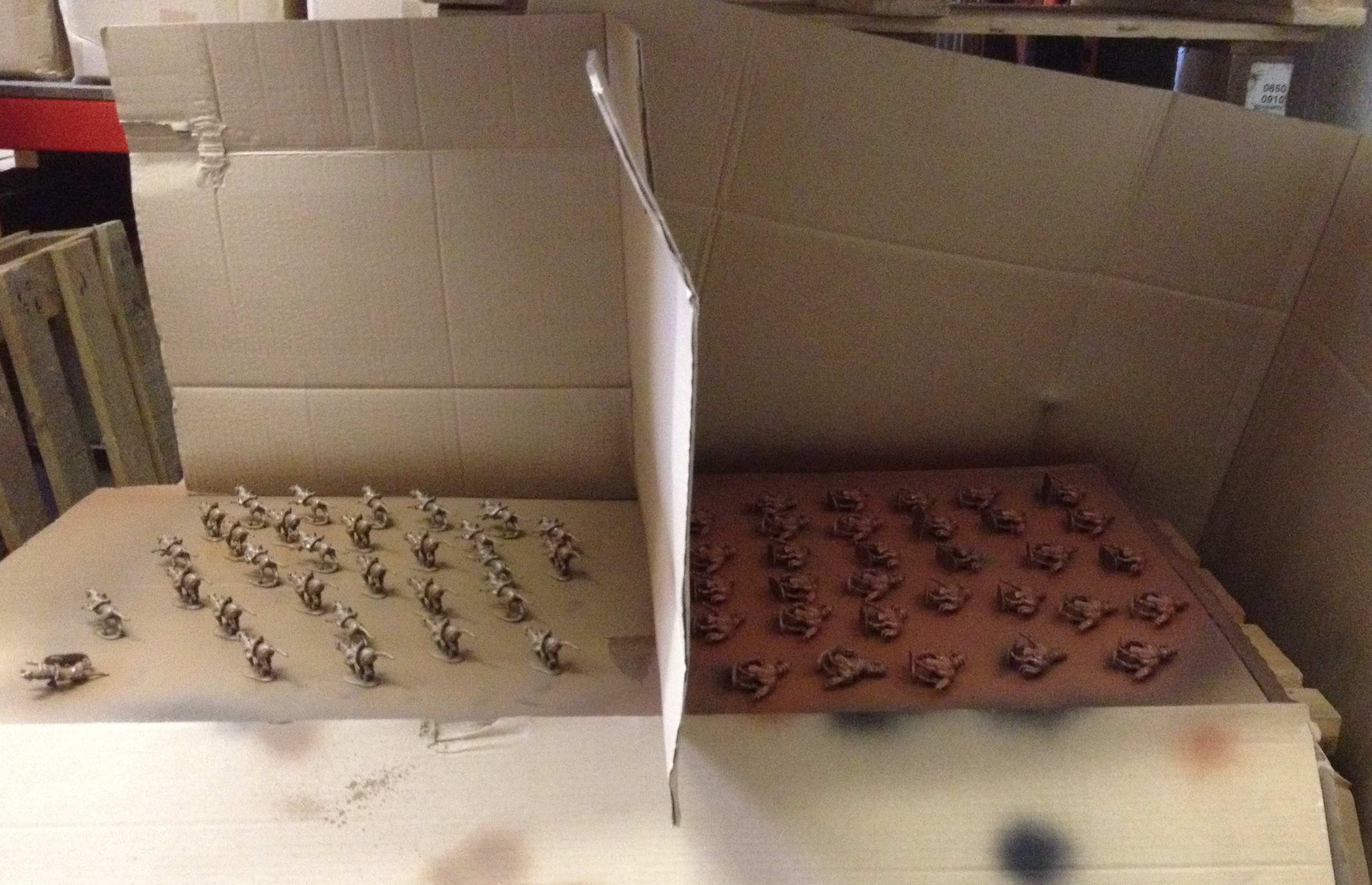 The horses look a little ‘Chocolaty’ at the moment but once the other colours have been applied I’ll be giving them a wash or maybe quickshade which will hopefully dull them down a tad!

So that’s almost that for this update. I have been hurriedly assembling my riders so they can get the same treatment (grey for the Sisterhood and platemail for the Paladins) and then it’s onto the detail.

On Monday I hope to be having a practice game with Luke and his Abysmal (joke) Golem army. Will update you all next week with my painting progress and how the game has gone!

Don’t forget if you want to join us in Norwich or Edinburgh for the first 2 Clash of Kings Regionals that tickets are still available. See the Facebook Event pages for more details: