Before Deadzone went live on Kickstarter, we created a trio of Twitter accounts that gave a ground-level view of the Plague outbreak on Nexus Psi. Over three weeks the story unfolded, telling the tale of an Exploration / Retrieval mission that went catastrophically wrong. The main log was compiled by Dr Gayle Simmonds, an Exp/Ret specialist who was thrust into a fight for survival as Plague-infected creatures threw themselves against the walls of Compound W-4. At the same time, a separate account acted as a mission log for an Enforcer Recon trooper who had landed on-planet with the aim of verifying the outbreak and tagging valuable targets for the main Strike Forces. In the lead-up to launch, these characters became increasingly popular with fans, and when it came to an end (Simmonds signing off halfway through a panicked message about the defences failing), they wanted to know what happened next!

Well, who were we to disappoint them? 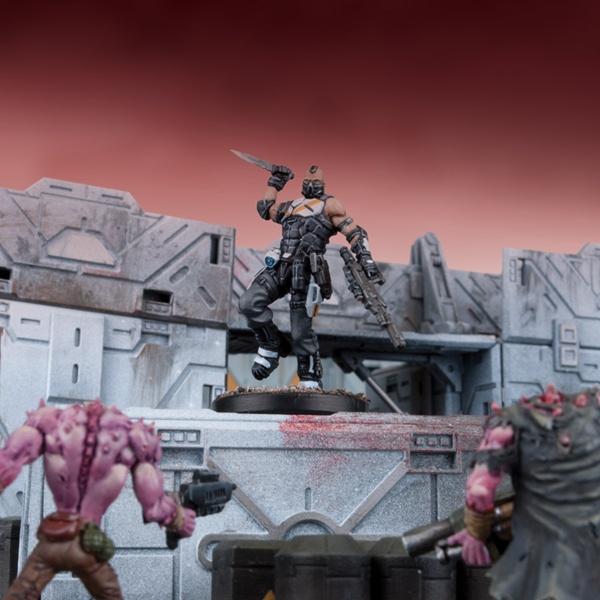 Unfortunately, we decided that although Doc Simmonds was a born survivor, there was no way she could have survived amid a full-scale Plague infestation. When we introduced her to the Kickstarter campaign, she was a bit different to what everyone expected… 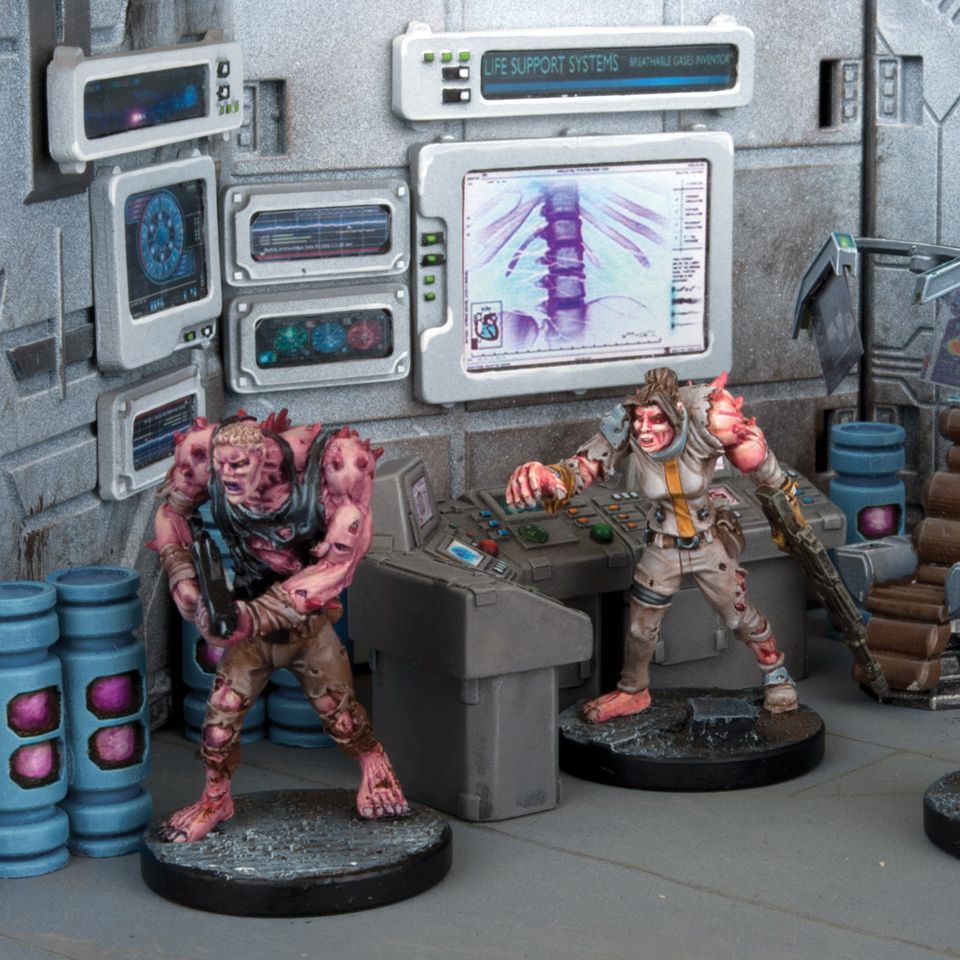 Doctor Simmonds was one of the genius minds on Nexus Psi, where she was seconded to an Exploration/Retrieval team as an archaeologist and biotechnician.

By the time the Containment Protocol was ordered and the Enforcers landed, Simmonds had already lost her team to the mutant beasts roaming the streets. Having received basic training by the security teams on board her ship during spaceflight, Gayle managed to preserve her life (and those around her) a little better than the others – but it was only a matter of time before the Plague caught up with her.

Defiant in the clutches of a rabid Stage Two, her body succumbed to the mutant virus, warping far faster than any other victim previous. She eventually awoke from the turmoil, her need for knowledge greatly exaggerated, a base desire to cause pain greatly inflamed.

With vengeance on her mind, Simmonds vowed to destroy those that had left her to this fate.

Want to continue the story? Simmonds and Recon N32 are available for pre-order from the Mantic store, and will ship in December! You can also pick them up as part of the Mega Deal and Collectors Edition bundles.