We’re about 9 days from the end of the Dungeon Saga Kickstarter. If you’ve not been watching, it’s a great Dungeon Crawler adventure board game set in the Kings of War universe, and it has a pretty profound effect on the background.

Kings of War was our first love, a great range of miniatures that spawned a simple, fast and furious mass combat wargame. With the hardback rulebook we delved into the history of the world, taking a top down view of some of the major events. But we have never really been able to tell great stories or explore many of the great races in the depth we would like to. 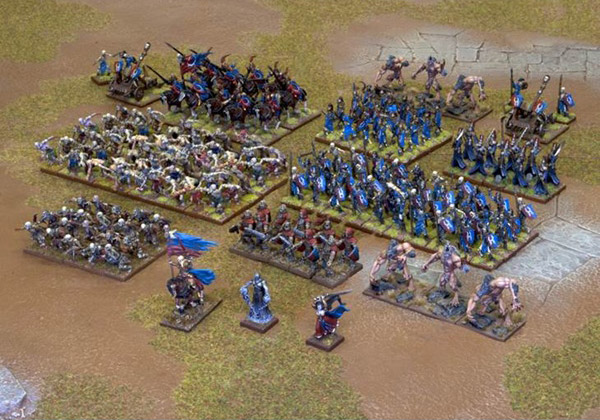 Dungeon Saga allows us to hone in on particular stories. We can explore major events or simple battles, tell stories in the world that you can relive using the models and rules, and build the universe small steps at a time.

The Dwarf King’s Quest sees a group of heroes infiltrate the Dwarfen Hall of Dolgarth to confront Mortibris. This Necromancer has stolen the Tome of Valandor from its resting place and has begun raising a massive Undead army from the bodies of those who died during the great flood on the Plains of Diffeth. 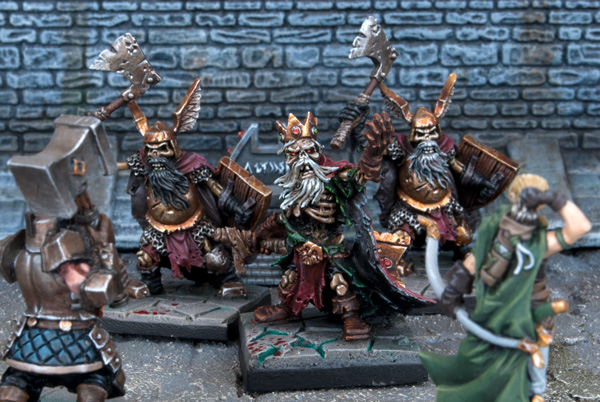 This major event cannot be ignored by the races of Mantica, and so whilst the heroes are sent to do battle, the Elves, Dwarfs and Humans began raising their own armies. They don’t believe they’ll ever see the likes of Madriga, Rordin, Danor and Orlaf again, and neither do they care much so long as Mortibris is delayed.

What happens if these hero fail? Then the free races are going to be ready and the sort of battle Kings of War was made to play is on the cards.

It’s events like this that inform epic stories in the history of Kings of War, and also gives us the platform to explore new races and characters without having to release whole armies in one go.

The amazing amount of funding has meant that we’ve been able to develop some of Kings of War newer races.

When it came to deciding which heroes to pick for the game, the staple choices were chosen first. We knew we wanted to go into the Kickstarter with 8-10 ideas, and picking beyond the standard fighter, ranger, cleric, thief, paladin, wizard was actually quite difficult, let alone picking race types beyond Human, Dwarf and Elf. And so we turned to the Kings of War rulebook and The Basilean Legacy expansion.

We chose the Salamander first, a hulking warrior of great strength. We knew it could look unique and bring something new to genre. And then Heath gave us this stunning artwork and Hratth was an automatic choice. 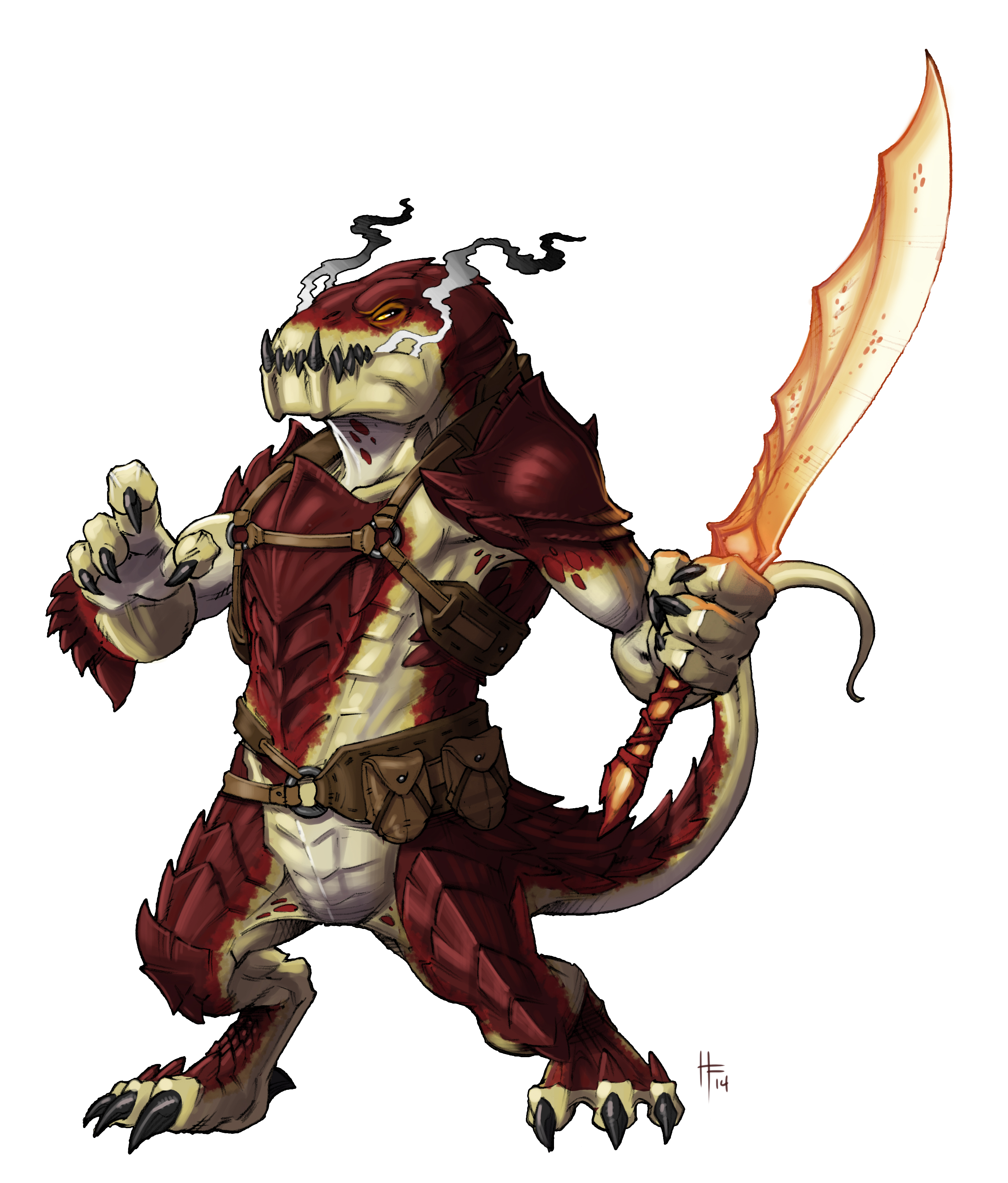 Next up, and most excitedly what we’ve just started funding, are the Abyssals.

For the first time in Mantic’s history, the true denizens of the Abyss are made apparent, rising from the fires of hell and emerging to reign havoc for all free races.

The Abyss is a chasm both literal and metaphorical in the skin of the world. Around its outer edges have grown many evil civilisations, corrupted by its evil influences. The empires of the Twilight Kin and Abyssal Dwarves as well as countless Orcs, Goblins and other wretched creatures all exist there. But beyond those edges and into the Abyss itself dwell even fouler creatures. Beings of pure and untempered evil, whose very existence is an abomination against the natural order of things, living in a twisted mirror of the celestial orders above. When these creatures venture forth from the pit, they spread like a stain across the surface of the world. Crops wither and die under their tread, and their shadow blights the world until stopped, usually at great cost. 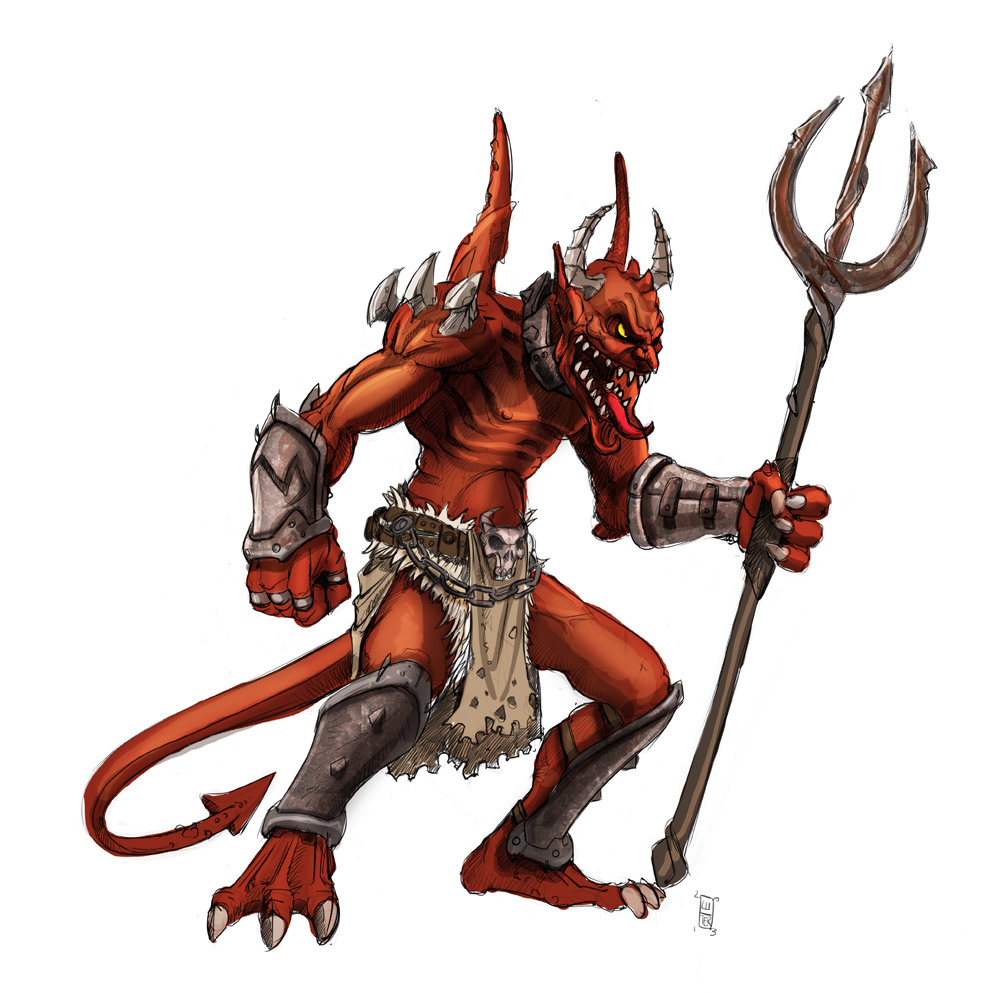 The Abyssals here informs the aesthetic and play style for future armies, giving you a look at the fire-based creatures of evil and giving you a taster of things to come!

We’re hoping to go beyond the basic army list in The Basilean Legacy and add some new unit types so we can have another look at the list – after all, wouldn’t it be great if a whole army of them took to the battlefield? Hmm.

Of course, being fire themed meant there was scope to develop a natural enemy as well. A water elemental hero sounded like fun, and The Basilean Legacy gave us the answer: a Naiad hero, naturally suited to Demon hunting: 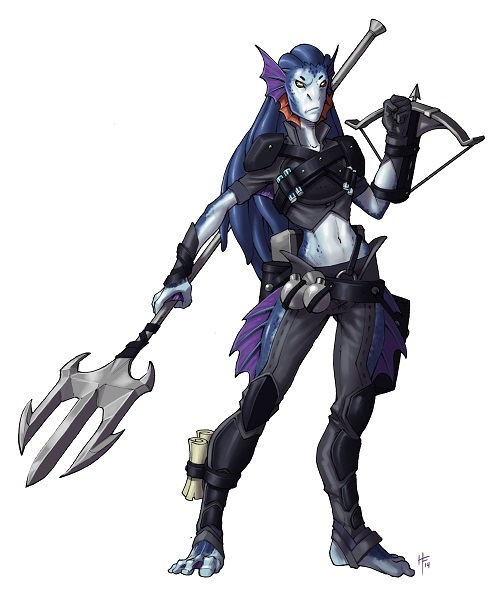 Looking to the future of fantasy

Dungeon Saga goes beyond just simply introducing new races and cool stories – it gives you a sandpit to develop your own characters and your own adventures in the Kings of War universe.

With the expansions and extra funding we’ve got to see a snippet of the potential for the two new Kings of War armies: the Force of the Abyss and the Forces of Nature. What we want to know is are these two armies something you’d like to see on the tabletop soon? Where do you want the future of Kings of War to go?

Of course, let us know what Abyssals you’d like to see added too.

Dungeon Saga is now on Kickstarter and is currently funding the new Infernal Crypts Abyssal Expansion. The Kickstarter closes at 11:59pm on Sunday 31st August.