Dust stirred around him as the breeze from the outside touched the interior of the Hold for the first time in centuries. The bones of the long dead littered the hallway, along with the detritus of ages. The incessant susurration of the voices in his head found a new layer as the restless spirits of the place added their own voices to the chorus. Above it all was a more strident note, which he recognised as Elvish in tone. So the legend was true – Elshara wandered these halls.

A gesture of his hand sent the mindless revenants he’d culled from the Basilean patrol wandering back into the wilderness to keep prying eyes away. Another sent the Troll thudding off ahead of him. No sense in risking exposing himself just yet until he could gauge the threat posed by the Elven spirit and whatever protections she had placed over the Hold before her death.

It was so close he could almost smell it – somewhere beneath these ruined hallways and chambers was the answer to all of his worldly desires. The Tome represented unlimited power to any who possessed it – the accumulated wisdom of the greatest magic user ever to walk amongst mortals. The father of magic, and a legendary figure amongst every civilised race. Mortibris would unlock every last secret, and with them he would restore the natural order of the world and silence the voices in his head once and for all.

He smiled to himself as he set off after the Troll. Not long now… 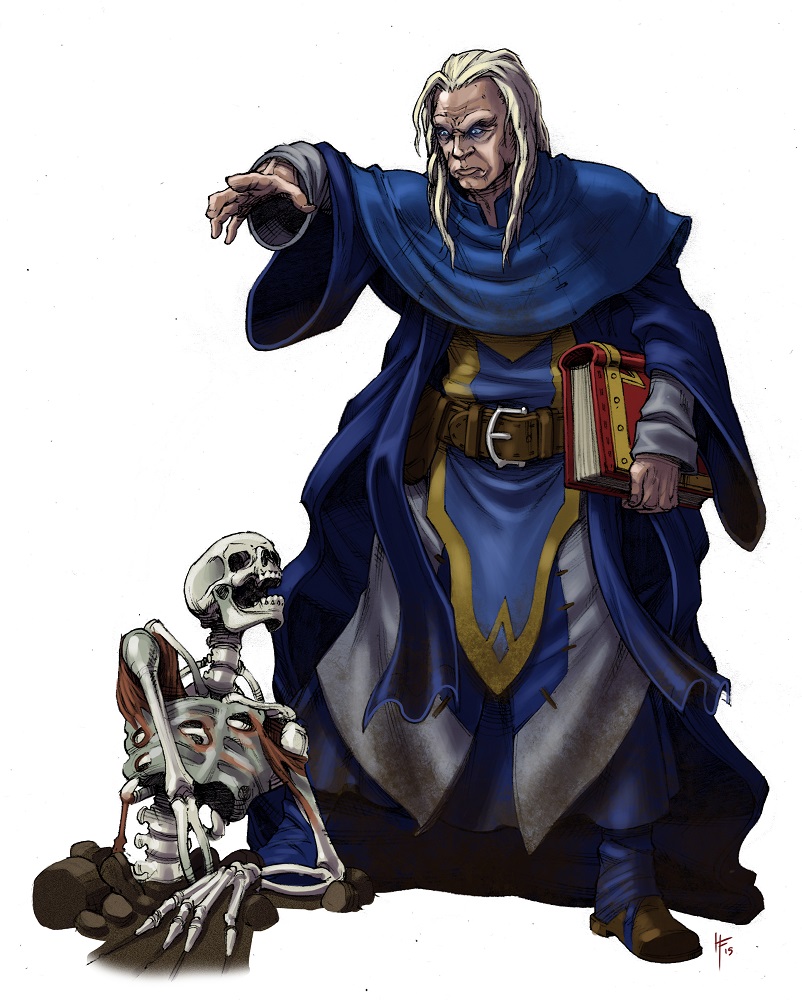 Turn the page – check back tomorrow to read the next installment. Please help spread the word by using the hashtag: #DungeonSaga