The city is breached!

We’ve unlocked not one but two brand new types of scenery over on the Deadzone Kickstarter, including:

Citizen Jael had read all of the reports – colossal abominations, mutated aliens and rumours of supersoldiers executing civilians. He had hoped that the Enforcers would quarantine the area in Nicorasi on the south coast but the disease was virulent and intel was coming in suggesting the outbreak was more widespread than first thought. Jael looked up at the Laser Cannon Engineer Talbot had installed and over to the defence lines being erected. He hoped it would be enough. 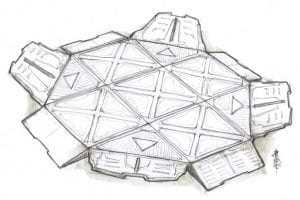 The Landing Pad is an awesome new kit that contains 135 degree connectors (allowing you to build angled connectors), triangular pieces for diagonal walkways and deflector pads. This kit can build a standalone landing pad and is fully compatible with the main Core Worlds Buildings Sprue. 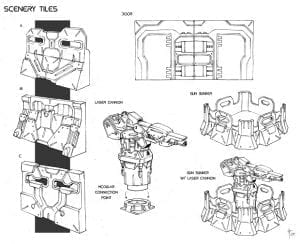 The Fortified Defence Line contains reinforcements for your buildings allowing you to secure your military compound with fortified walls, strengthened barricades, reinforced defence walls with a large blast gate and a mighty laser cannon. Once again this kit is fully compatible with the Core Words Buildings Sprue allowing you to customise your terrain further. 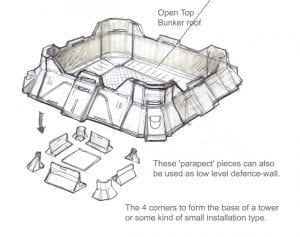 Each type of scenery comes supplied in bundle packs known as BattleZones, each containing 3 sprues of approximately 6 tiles and 1 Connector Sprue. 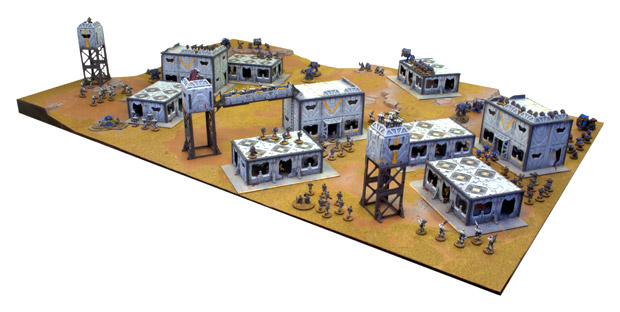 The One-Click Battlefield ($100) and One-Click Wargames Table ($285) pledge levels contain no miniatures and no rules – just the new terrain. They allow you to pick a number of BattleZones from the themes available, in any combination you want. For instance, the One-click Battlefield pledge allows you to choose 4 Battlezones, of which you could have all of the same BattleZone or a mixture of Core Worlds, Landing Pads and Fortifications.

Already got a pledge or wanting to pledge for the game? If you want extra scenery, we have 4 scenery packs available starting at $25, each allowing you a number of BattleZones in any combination you want.

We’ve still got more BattleZones to unlock including ideas such as Ruined Buildings, Alien Worlds and Industrial Sector.