The countdown to invasion has begun….

Join the resistance or crush all humans as this cult comic comes to your gaming table! Mars Attacks starts shipping on the 29th September, meaning there is just over one week to reap the benefits of getting your very own Attack on Greenville! 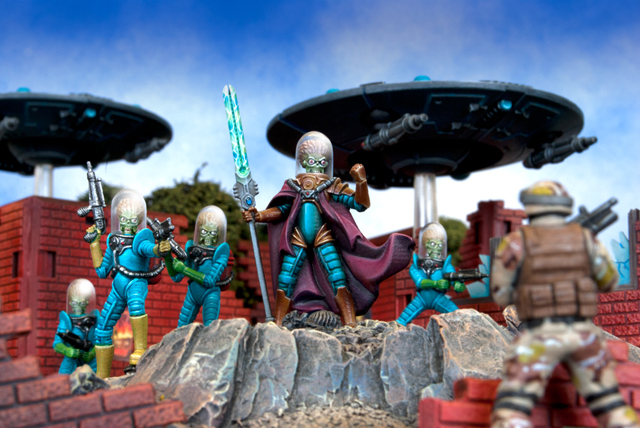 It contains all you need to play Mars Attacks – The Miniatures Game in a simple one-click package, including an upgraded durable deluxe gaming mat, as well as bonus scenery to provide extra cover for your troops.  With everything you need to create an amazing fight for your life battle over your own home town,  Mars Attacks is a frantic, frenetic game of kicking ass, taking names and dominating – human or Martian.

There is also Attack from Space – a set of miniatures based on the characters from the IDW Mars Attacks comic series, which includes the notorious General Zar and 3 brand new scenarios for you to play!

Finally, Civilian Slaughter allows you to replace the Flaming Cow herd and civilian card counters with characterful plastic equivalents, whilst also including dead figures to er, decorate your board with 😉 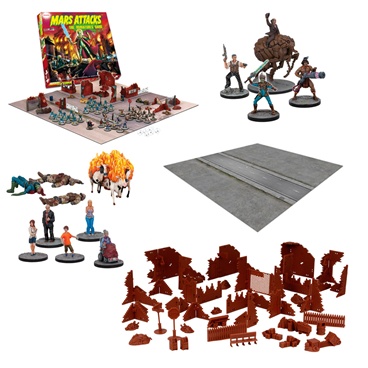 Check out all of the videos on the website and grab your copy of Mars Attacks – The Miniatures Game. This special deal is only available during the pre-order period for the game – don’t miss it!!
×
Select your currency
GBPPound sterling
USD United States (US) dollar
EUR Euro
This website uses cookies to ensure a user-friendly experience and for key pieces of functionality. By continuing to browse this website, you declare to accept the use of cookies.Accept
s