This week sees the the release of 3 brand new box-sets for our Undead Range.

First up, in addition to the Zombie Regiment, we have released a new set which contains everything you get in our current zombie box, plus additional metal components to make a full command, and add even greater variety to the unit. 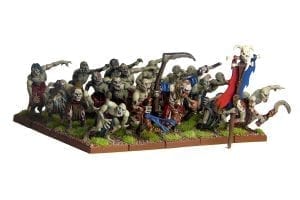 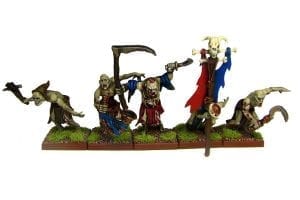 The next two releases are for our Ghouls. The Ghoul Troop has been one of our most popular sets to date, so popular in fact that we have sold out of all the packaging we had produced!

We have decided to take this opportunity to re-release the Ghouls in a new 20-man Regiment, so you get more Ghouls for you money than ever before! This set is being released on the 21st of January, so get yours on order now!

To celebrate, as a limited edition set we are also releasing the Ghoul Regiment with a Ghast (leader conversion figure) – adding more death and mayhem to the front rank of your Ghoul Hordes! 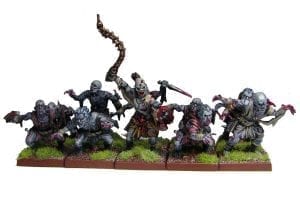 So what are you waiting for? Get your Ghast while stocks last! 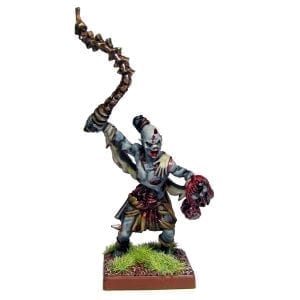