Considering how much we do, Mantic has surprisingly few actual full-time members of staff. We do our best to get to as many events and shows as possible, but we can only stretch so far! Thankfully, we have an army of willing volunteers who are keen to spread the word of Mantic games, so when you see a Mantic stand at an event chances are it’s one of these heroes! (Do make sure you show them your appreciation. They’re absolute legends!)

Tom Taylor (who you can find on the Mantic Forums as TWTaylor) is one of our Stateside volunteers, and a member of the DreadBall Governing Body – our points of contact across the globe for running DreadBall events and supporting leagues. He’s sent us this write-up of his weekend at WarGamesCon – hopefully the first in a new wave of blog posts from guest authors. Have a read and let us know what you think in the comments!

I spent the past weekend at WarGamesCon in Austin, TX, demoing Dreadball for the attendees. This was really fun for me, for it was at this convention five years ago that I first came across Mantic’s miniatures in the swag bag given to attendees. 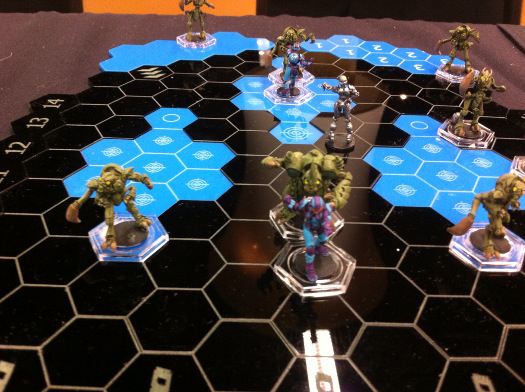 The Victorious Secrets faced the District 9 Prawns in many a demo over the weekend.

This year was by far the most fun I’ve had at this great event, which has grown exponentially in the five years it’s been going on. Everyone who was shown the game loved it, and the majority proceeded to the Spikey Bits booth next door to get their own teams and other Dreadball goodies. 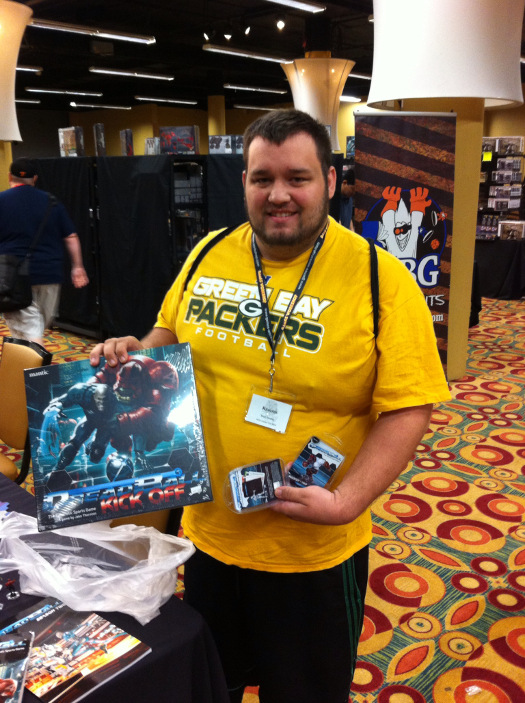 Matt Neely was the first to try out DreadBall, and wasted no time in picking up a copy!

On Saturday night we held an after-hours rookie tournament, where I let players use one of my teams (assigned randomly) to compete in a three round tournament. Matt Brier took first place with the Victorious Secrets (my Void Sirens team), Matt McDonough got second with the Trontek 29ers team, and Jon Wolf – of Bell of Lost Souls fame – took home the “Most Kills” award with a Veer-myn team that never bothered to pick up the ball! 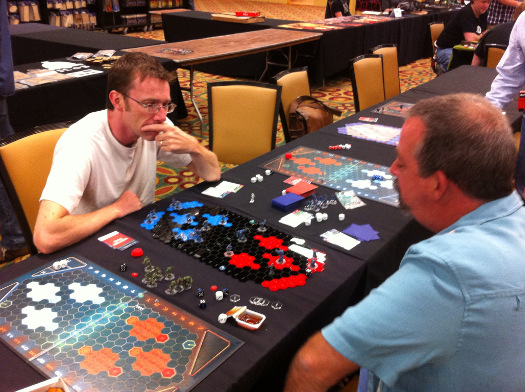 DreadBall’s so easy to pick up that even new players can enjoy a tournament!

I think it’s safe to say that a lot of people were sold on the game. Several told me they’d backed it on Kickstarter, but hadn’t had the chance to play before now; they assured me they’d be playing when they got back home! 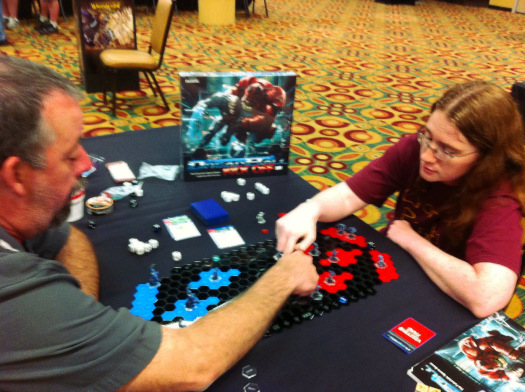 Or even sooner – here I am teaching Alicia the ins and outs of Dreadball so
she and her husband could have a game in their hotel room!

Awesome write-up from Tom there – I’m amazed the players were able to concentrate on anything with that carpet, though! If you’re in the Texas area, Tom’s the man to talk to when it comes to DreadBall events. He tells me there’s a 12-team league starting at Alien Worlds on June 20th, and he’s looking at getting into a couple more cons this summer. If you want to find out about local events, or you just want to find some new opponents, why not post on the DreadBall Communications Network section of the forum?