The First Race Is Elves.

It’s Elves for a number of reasons.

Firstly, I think there is a chance to do some great Elf models – it has been a while since anyone has taken a new look at them. We wanted to capture the spirit and haughtiness of this noble race of killing machines! So in time honoured tradition we fed the designers beer and curry until they produced the finest picture of Elves seen for a while! 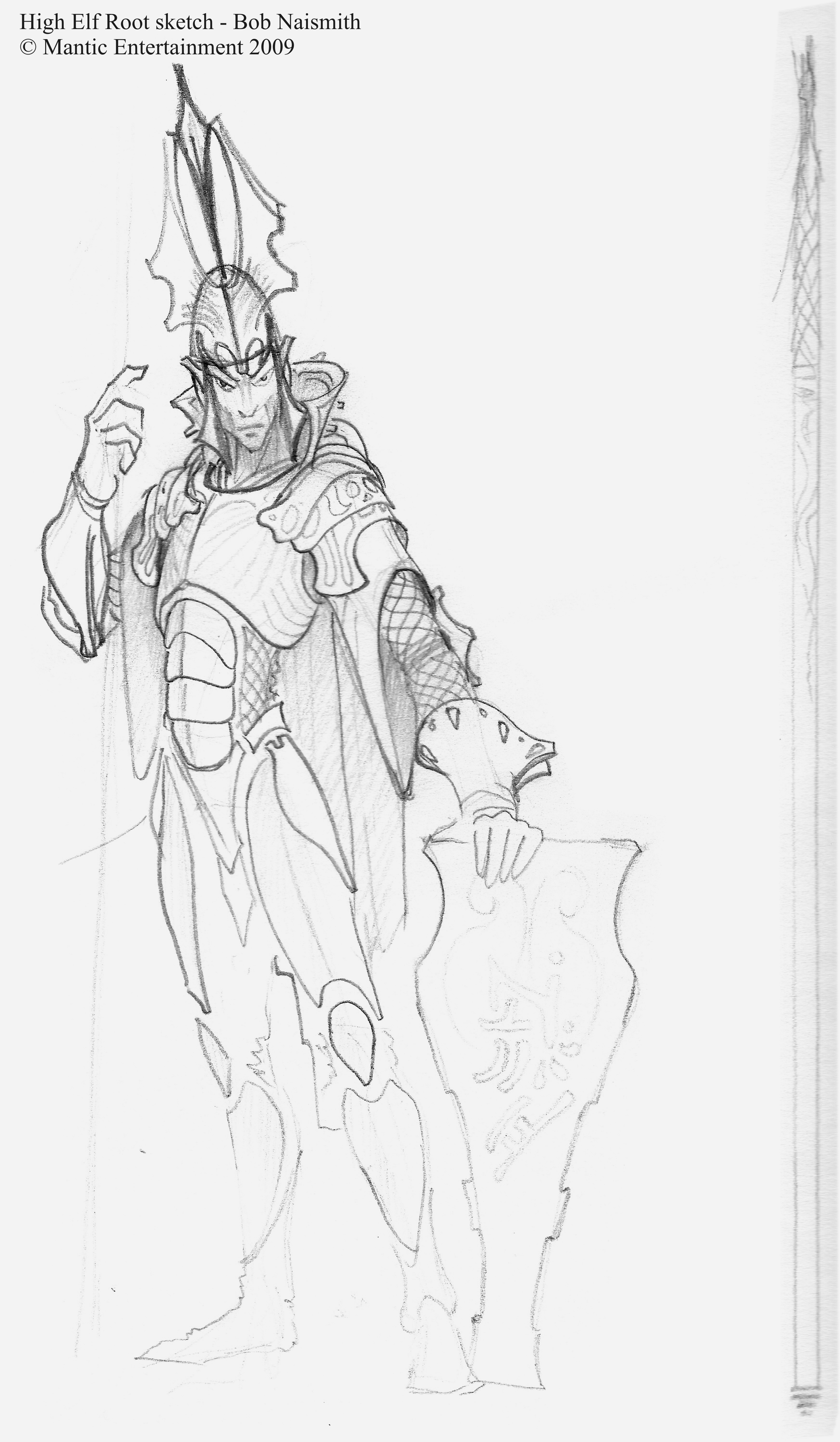 When the sculptor presented this picture the discussion over which race would be first was over! I think this piece of art really captures something about Elves, their ruthlessness and arrogance. Let me know what you think of the concept. In a week or so I’ll put up the photos of the sculptor’s desk, with the 3-Ups of the Elves being worked on it!