The Berosos model is proving to be quite elusive at the moment, though we do hope to get the model in to preview soon. Saying that however, it doesn’t mean we can’t get to know him a little bit…

Featuring in both the Kings and Legends and The Basilean Legacy Kings of War supplements, Berosos is a Basilean High Priest and a pious force of good. 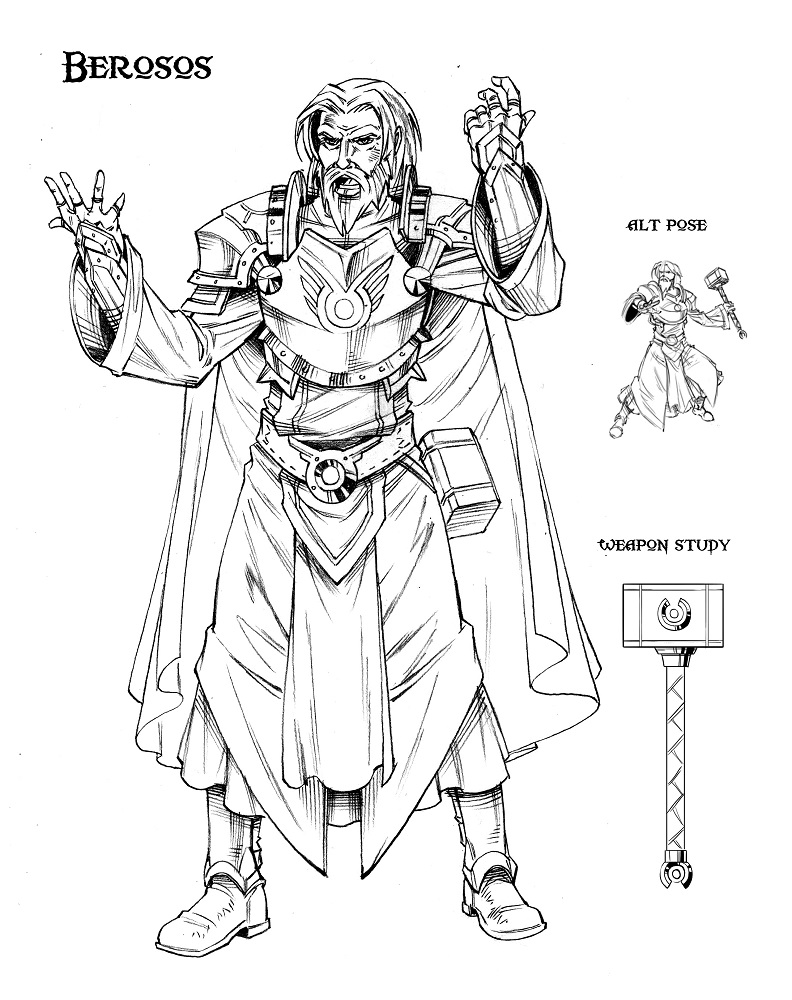 Berosos is the highest-ranking cleric of Basilea, a scholar, a sage, a historian and (most importantly) a holy man wielding incredible power. It is said that no ruler of Basilea can afford to ignore Berosos’ counsel and no general can afford to make war without his blessing.

Such assertions are proved true by the fact that, should Berosos denounce a course of action – whether military or political – as unwise, it invariably fails. Thus, the lords of men go to great lengths to seek the High Priest’s blessing in their endeavours, making him one of the most influential individuals in Basilea.

Berosos is now available to pre-order from the Mantic Website and is included as part of the Holier than Thou Basilean Ultimate Army deal. We’ll be previewing the model in the next couple of weeks.