The Marauders are in!

The Warpath Marauders are released in just over three weeks and all of the plastic frames, vehicles and all of the other bits and bobs have now come into the warehouse. Our resident packer Alberto took us some pics from the Warehouse: 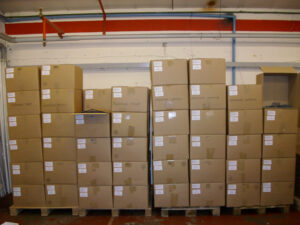 These boxes are full of the new Marauder Grunt sprues – both the three man and the 2 man varieties. With four of each in the 20-figure Marauder Grunt Platoon, you get 56 separate heads, four Ripper Talons, Four BFG’s, Four Face masks and all manner of different acessories such as grenades, additonal combat weapons (many of you have noted you could kitbash these and make plastic Orc Morax!) knives and ammunition packs.

Marauder Grunts on the table with a Marauder Raptor 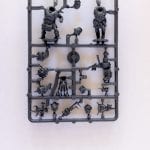 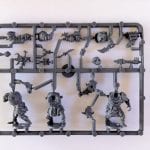