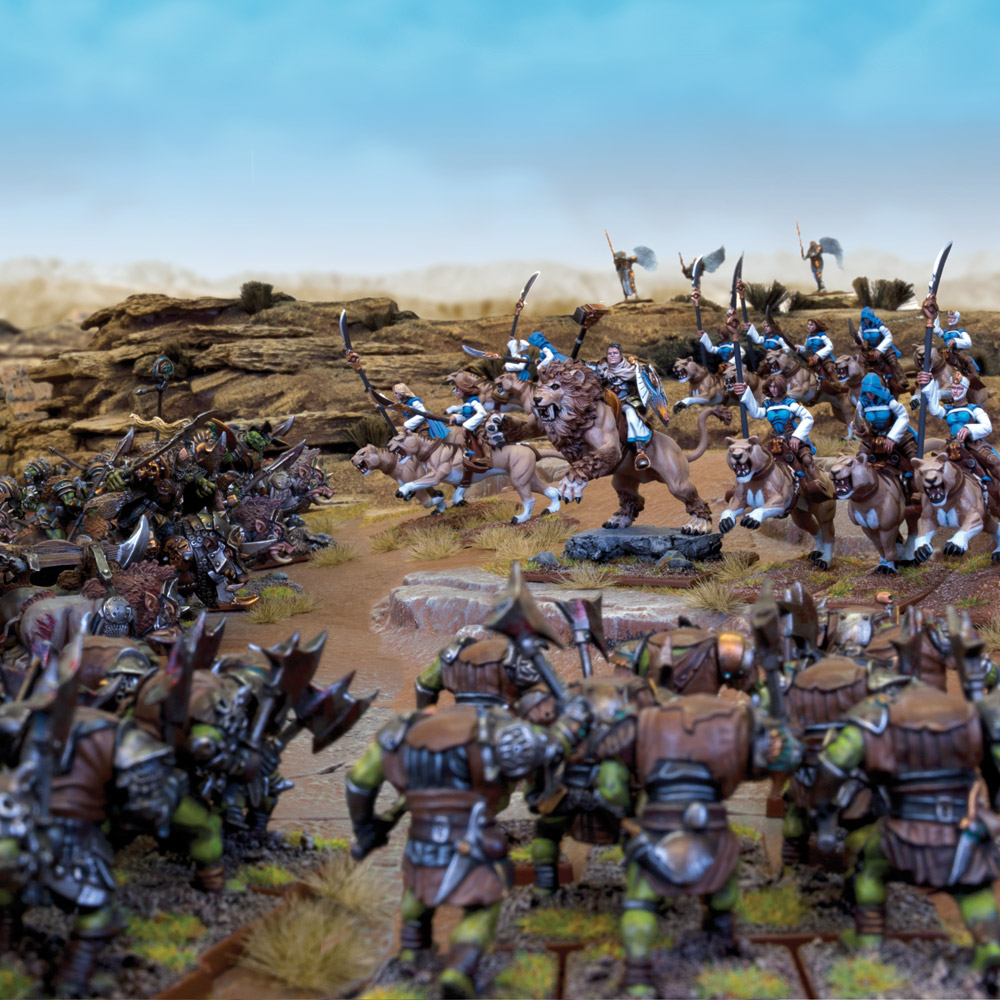 “Ride them down! Let no minion of the Abyss see the setting of the sun this day!”

Although Basilea relies upon its access to the likes of the Elohi for ultimate military strength, even without divine aid the armies of the Hegemony are still powerful. They are comprised of well-drilled troops that are amongst the best disciplined in the world and it is reckoned they are a match even for the Elves: crucially, such is the wealth of Basilea that it can afford to maintain a standing army which few other nations can manage in these times. Its troops are well equipped, well trained, and have religious conviction on their side.

Hundreds of legions of Men-at-Arms form the body of the army, supported by heavy crossbowmen, all heavily armoured. The elite of the army are the Paladins, fanatical warrior-monks clad in ornate plate, many mounted to make up Basilea’s heavy shock troops. Basilea’s temples provide warriors too, in the form of the Sisterhood. These lightly armoured yet ferocious women serve as scouts, light cavalry and skirmishers. Alongside the humans of the Hegemony march Dwarfs, Ogres and others; above all fly the Elohi – the angelic warriors of the Shining Ones – and Phoenixes, although these divine creatures become harder to summon away from Basilea’s core provinces.

Magically, the armies of Basilea are strong. The Golden Horn houses the greatest schools of magic in all the world and its mages are numerous and formidable: especially those that wield the sorceries of weather and fire. Its priests take to battle often and they can call down the might of the gods upon the foe in the form of divine magic. Enemies facing the Basileans must endure a storm of fire and lightning before steel meets with steel.

The Basilean navy is likewise potent, capable of projecting the might of the Hegemon all around the Infant Sea and beyond. Without it, it is doubtful the Hegemony’s stranglehold on trade would last. Lesser scholars point to the angels and the gods and the flaming Phoenixes as the source of Basilean might: wiser heads instead look to the Hegemon’s ships. 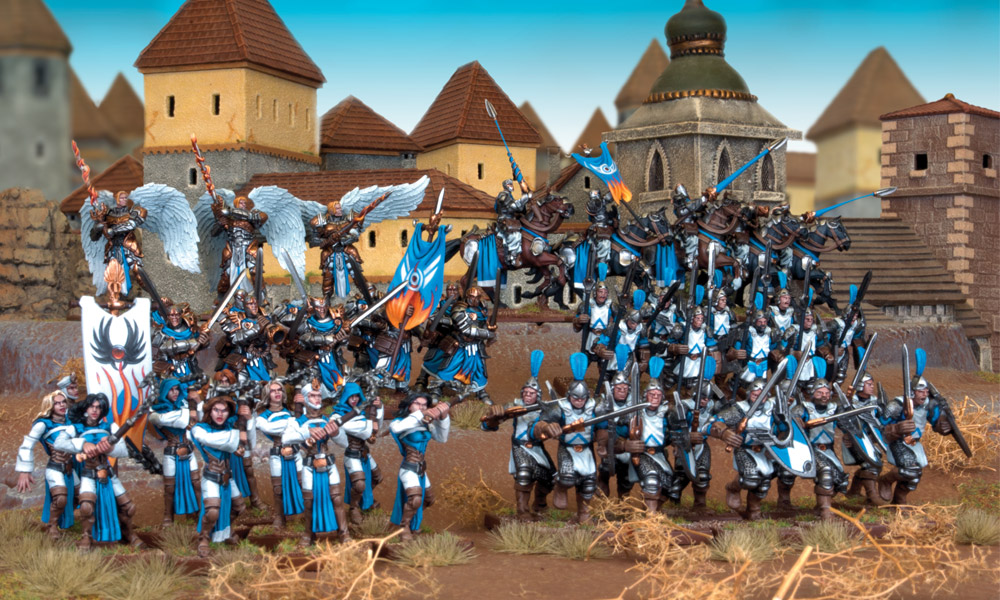 Arrayed for battle, the warriors of Basilea stand ready.