The Twelve Days of Mantic Christmas #5: You won’t want to Abyss this!

The Abyss has opened and the world of Mantica will tremble.

February see the release of a totally new army for Kings of War – the demonic Forces of the Abyss. These evil beings have always been in the background for Kings of War – ever since the apocalyptic God War. Thanks to the support of our Kickstarter backers, they have been fully realised for the first time as a tabletop force. 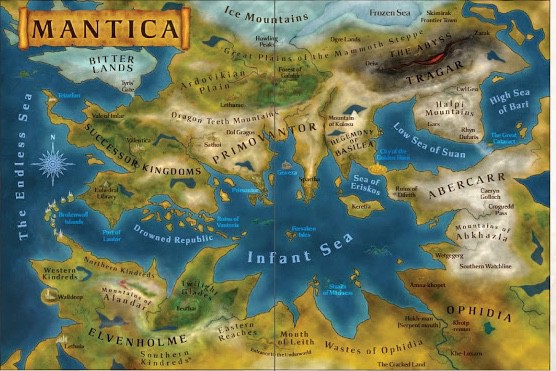 In the north-east of Mantica lies the Abyss; a vast rent in the ground, to which evil beings flock like moths to a flame. This chasm is a wound in the skin of the world, a prison for the most vile beings ever to walk the world of Mantica. Banished there at the end of the God War, twenty-seven wicked dieties plot the downfall of civilisation, led by the most devious of their number, Oskan the Father of Lies. The armies of the Abyss are without number. Surging from the fiery realms of the Abyss, cackling Imps and Lower Abyssals march to war alongside the graceful and terrifying Succubi. Lumbering Molochs and Abyssal Fiends cut through swathes of enemies warriors, while Flamebearers and Efreet hurl sorcerous flames into their foes. The souls of the lost and the damned scream for an end to their torment, whilst the mighty gods look on with malice.

These models are available in high quality hard plastic and metal kits, complete with alternate components to customise your force as you see fit. We’ve also got two massive army deals available for those who are looking to start a new force, or add some allies to an existing one. 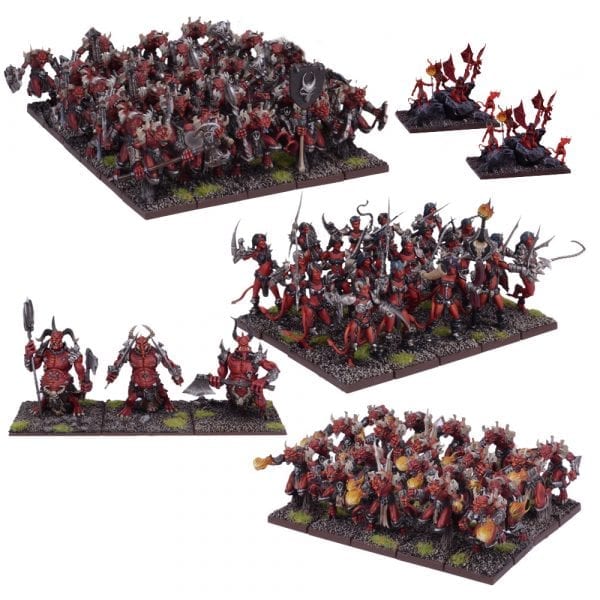 Firstly, the Abyssal army set comes with fifty Lower Abyssals, who can also be built as Flamebearers, twenty Succubi, three Molochs and some mischievous Imps. This is a great starting point for a new army, with a good range of troops to counter most foes. The Molochs and Succubi pack a punch, whilst the Lower Abyssals form the core of your force. Imps and Flamebearers work as support troops with ranged firepower or as screening troops. 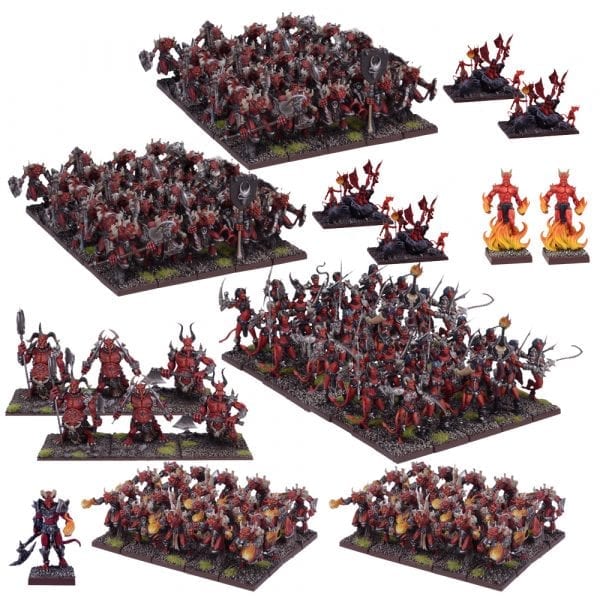 For those of who who are darker at heart, there is the Abyssal mega army. Sixty Lower Abyssals (or Flamebearers), forty Succubi, six Molochs with extra command components, a horde of Imps, two Efreet, an Abyssal Champion and three bases of Tortured Souls – a full six months ahead of schedule! These new miniatures will be exclusive to this set until their later release, so this will be the only way to get your hands on them until then. 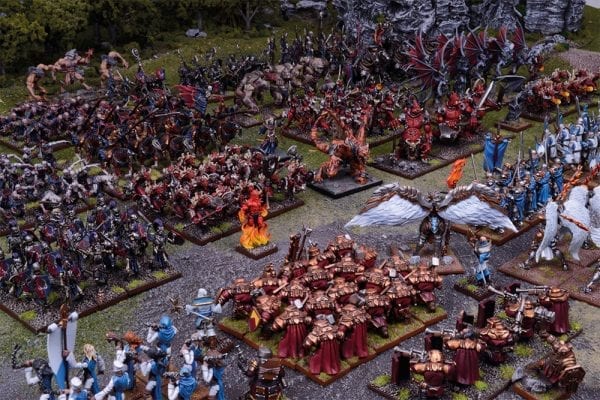 In 2016, the necromancer Mortibris will lead a combined army of Undead and Abyssals in our global Kings of War campaign. With the rules for the army already a available in the Kings of War rulebook and the campaign rules found in the Destiny of Kings, it has never been a better time a better time to join the Abyssal Crusade!

The Forces of the Abyss are a brand new force for Kings of War, and are unleashed on the world in February 2016. You can pre-order them now from all good hobby retailers, or here on the Mantic Webstore.

Destiny of Kings is also available as an enhanced eBook from Mantic Digital.