The galaxy’s most brutal sports game is upping the violence to a whole new level with the second expansion – fittingly entitled the Xtreme Xpansion. 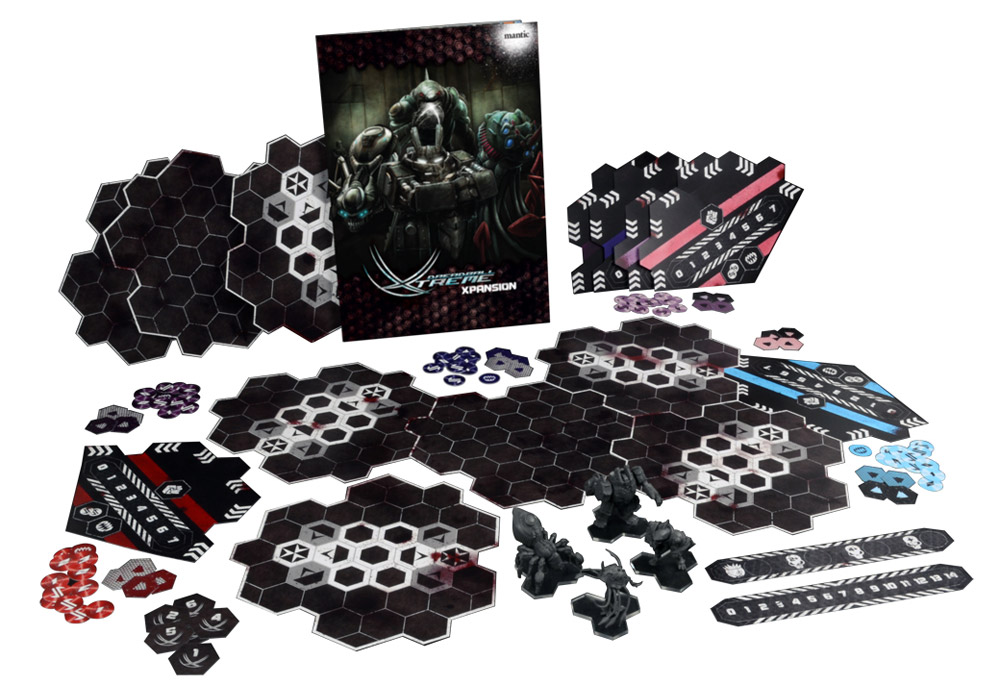 Just as the Player Manual presents the full rules for team building in DreadBall Xtreme (and lets you use any team in the game), the Xpansion takes the rules for randomized pitches and blows them up into a whole new challenge.

The Most Dangerous Arenas in the Galaxy – using the inter-locking card pitch tiles you can build any of our six pre-generated pitches, including The Derudo and multi-player arenas where up to 6 teams can take to the pitch and play ball – perfect for a fun filled game at the end of a league (or for ganging up on a mate and wiping the floor with his team 😉 ) 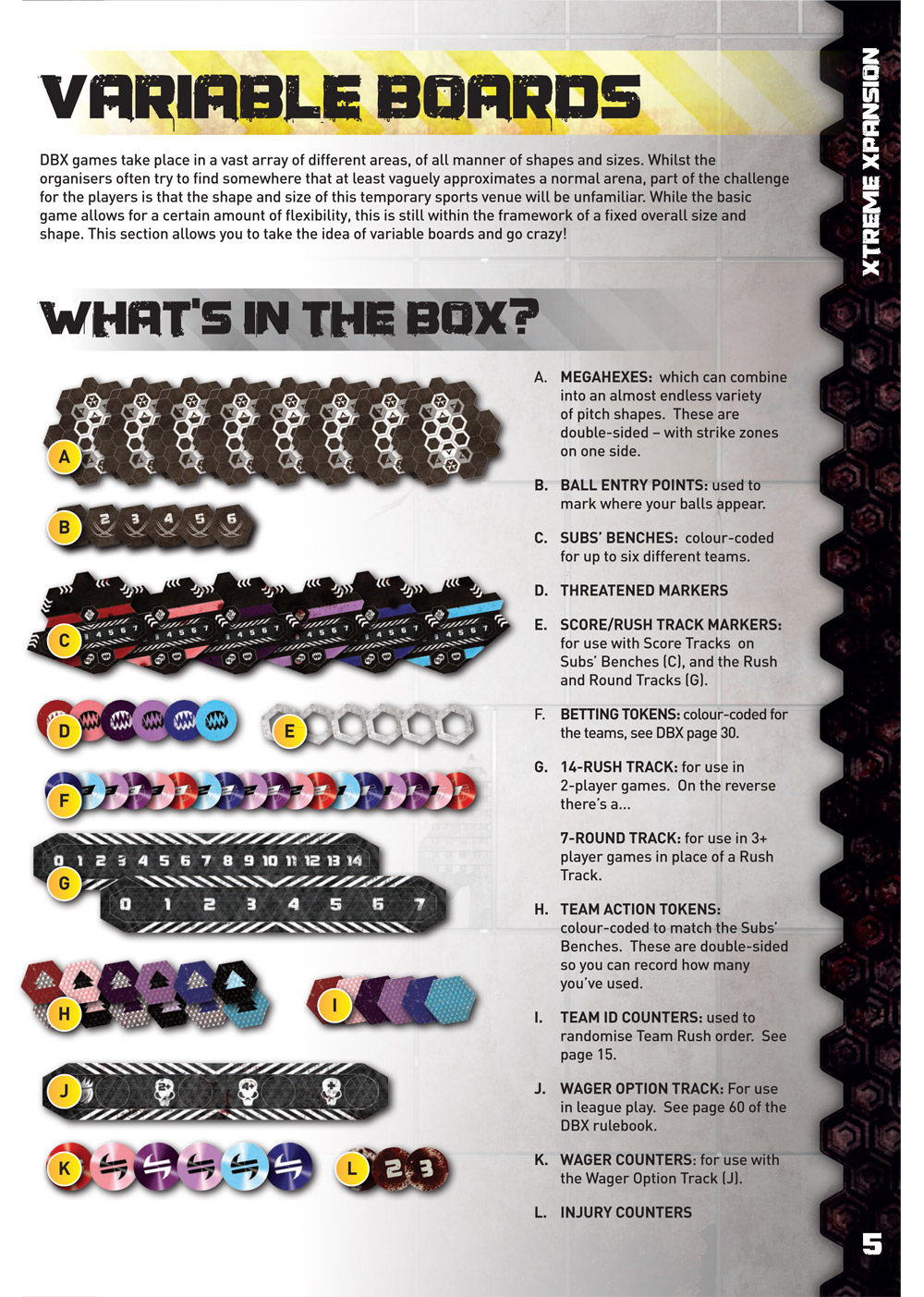 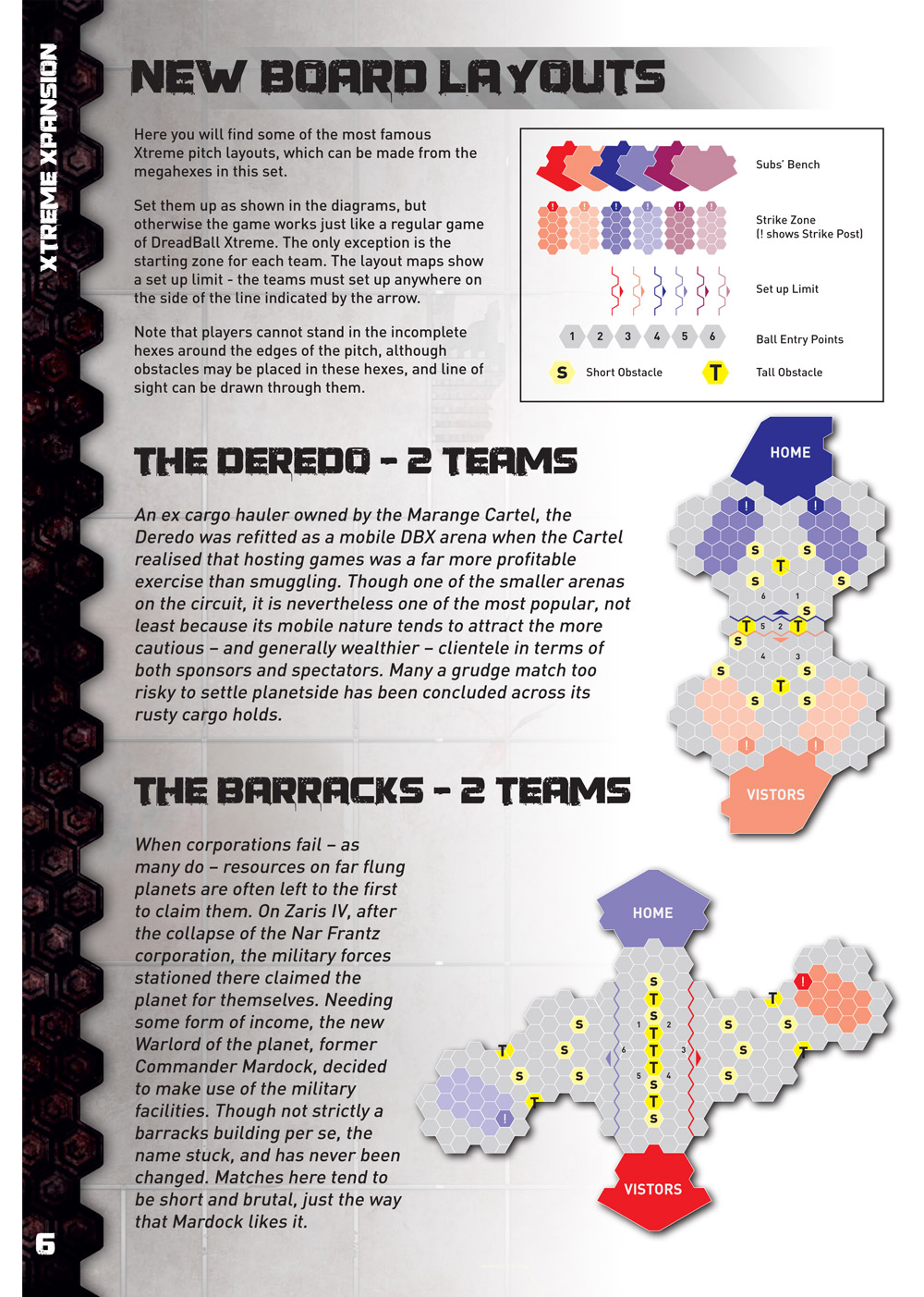 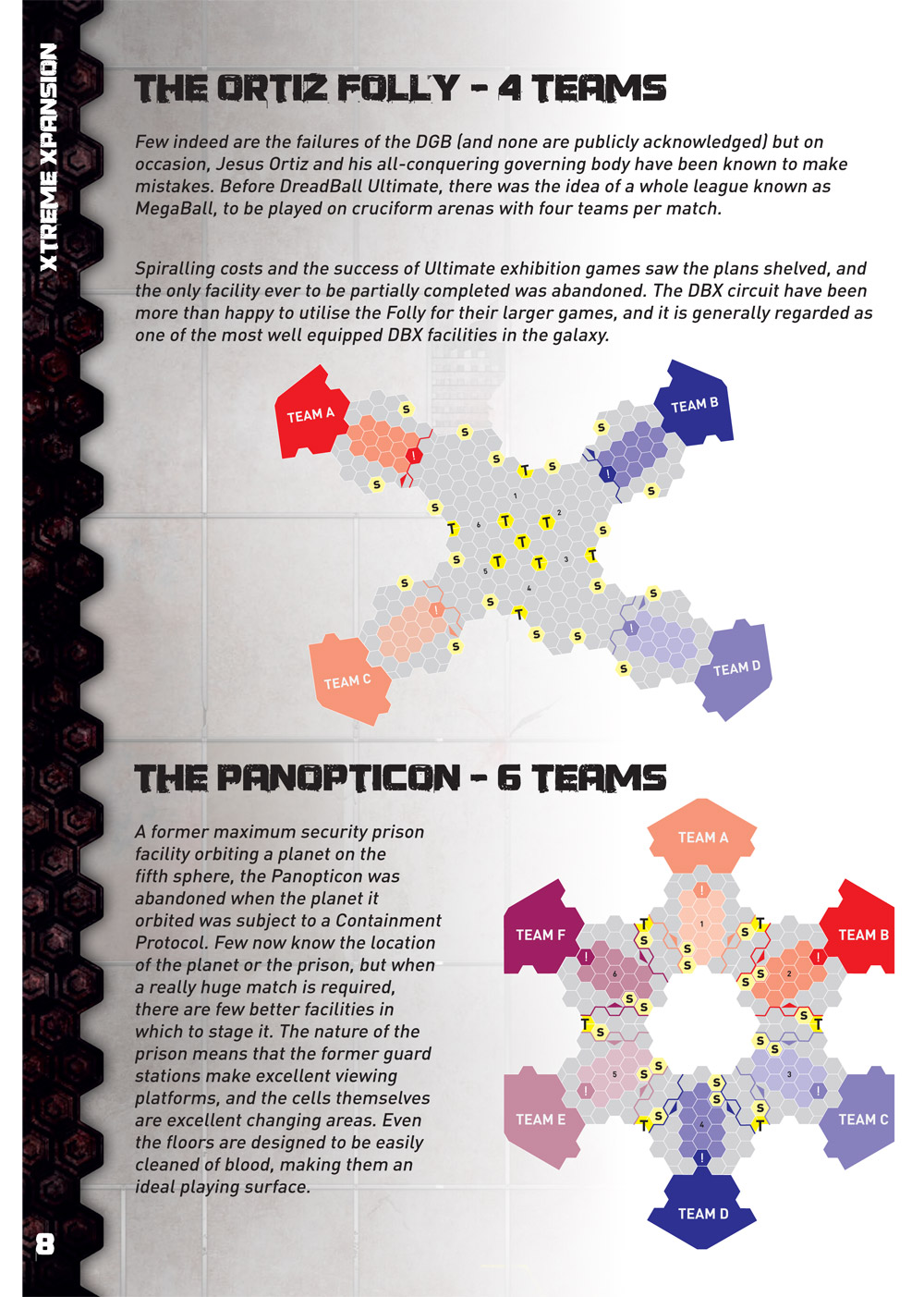 Alternatively you can build your own customized pitch layout, and use the new traps rules to create an all-new challenge for your team to overcome.

Standing on the Shoulders of Giants – Four fearsome large players known as Giants enter the arena, including fan favorites like the Chovar and Iron Ancestor. None are more brutal on the pitch. 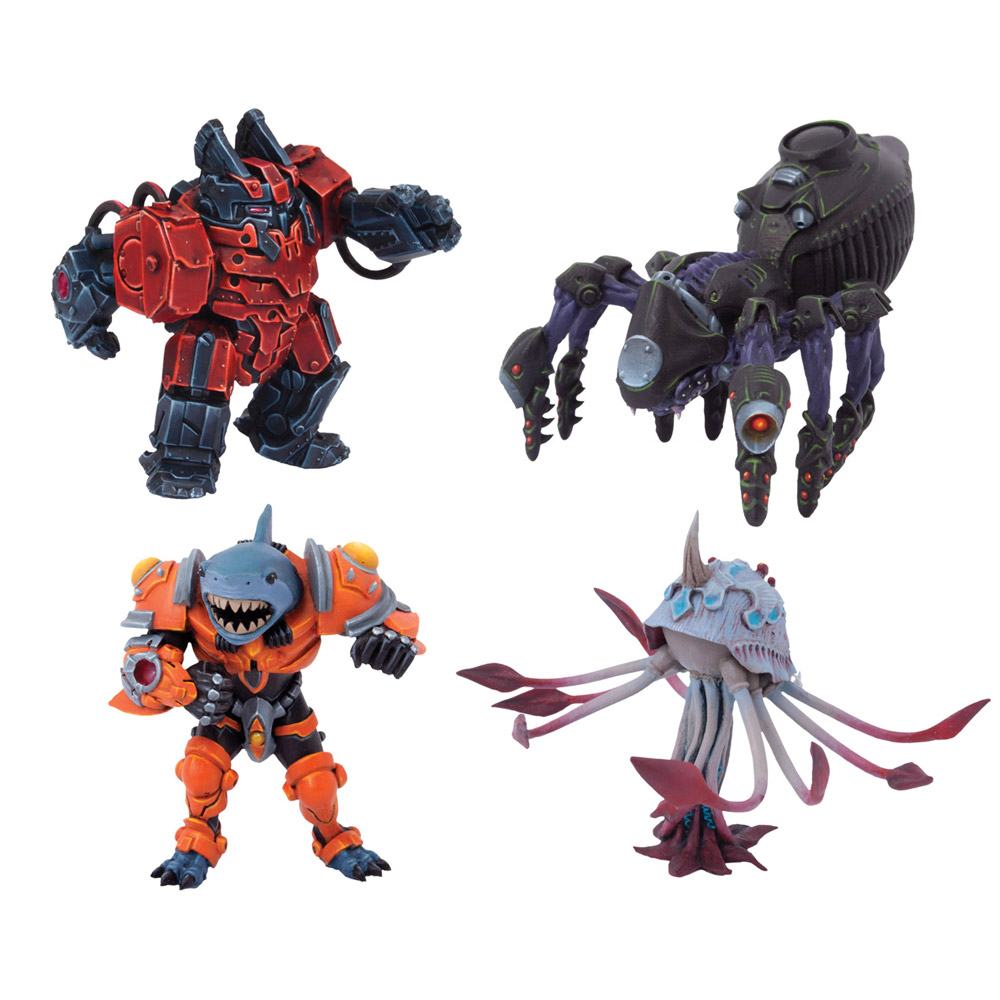 These figures will be compatible with DreadBall using the Season Six rulebook, released later this year.

Incredible Value – The Xpansion retailers for £39.99 and included four Giants – each of which retail for £9.99/ each. That means you get the Xpansion rulebook and the complete customizable pitch and counters for free.

The DreadBall Xtreme Xpansion and Player Manual are now available to pre-order and begin shipping at the end of July.