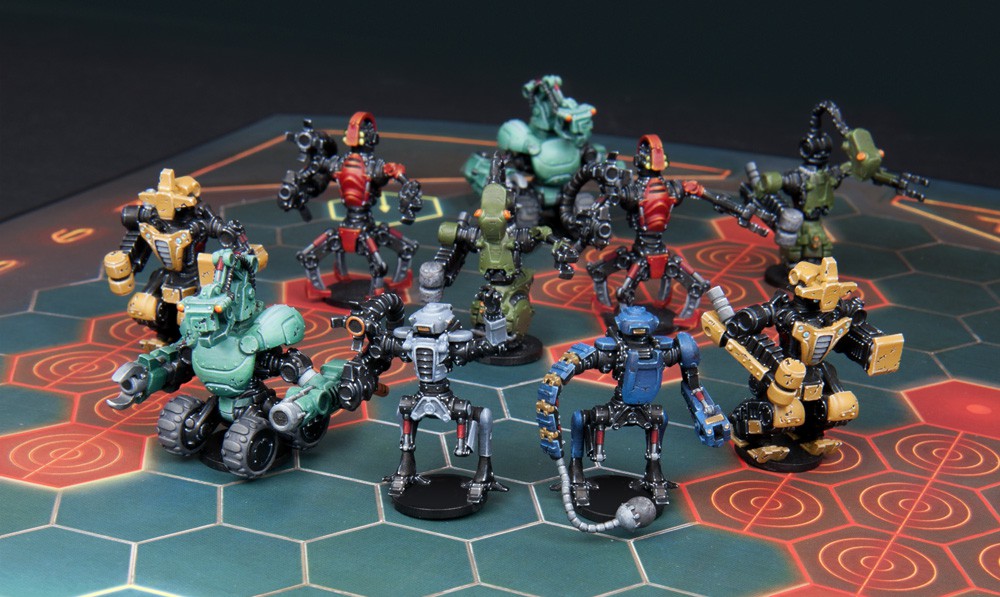 The Ro-Tek Brutes on the rampage!

June sees the Ro-Tek Brutes taking to the Neodurium pitches. Unlike your normal Dreadball team, these can be built to meet coaches’ exacting specifications, although the DGB tries to limit the crazier builds!

The rules for the team allow you to build each player individually. You start with Basic Programming – Jack, Guard or Striker – then add optional upgrades from there to either suit your player’s role, or allow them to diversify. Each of the selections has an associated cost, which you total up at the end to meet the right size for the game you are playing; to match your opponent’s team cost. There are no minimum or maximum requirement beyond this, so no two teams will play the same, or even look the same!

The new kit itself is multi-part plastic. Each robotic player consists of two separate arms, a head, a torso and a set of legs, with optional armour plates to be added. These terms are used as loosely as possible – for example, ‘legs’ could mean Quad Wheels, a Mono wheel, a spindly set of four legs, or just the bog standard bipedal sort. 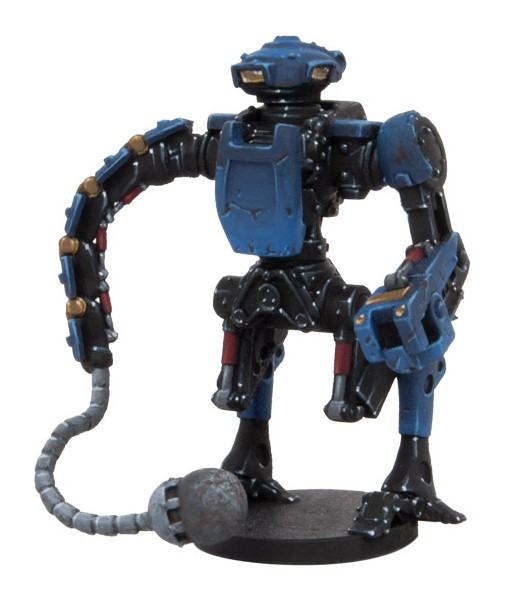 This player has a wrecking ball and a powerful claw arm.

Arms come as a wide variety of weapons, including wrecking balls, piston rams, grabbing claws and ball launchers. The options get quite dizzying, so I would plan your robots using the Season Five rules before gluing the models together. 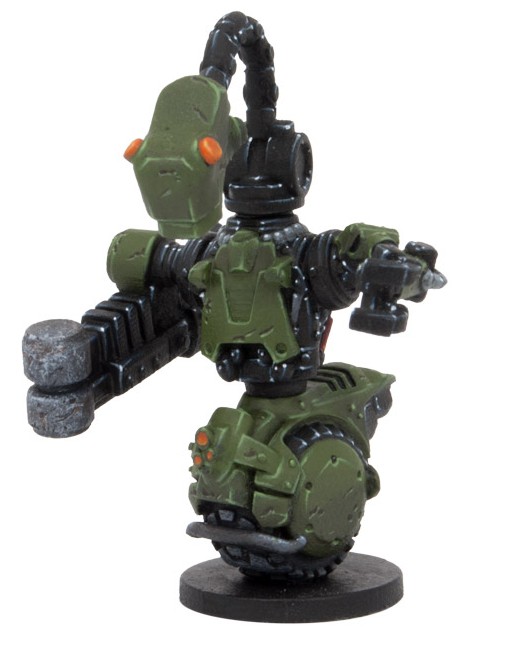 The models sound complex to build, but they fit together with just a tiny amount of glue on the joints. With a little work, you can achieve some really dynamic or clunky poses – whichever takes your fancy!

My favourite aspect of the new team is the ability to theme each of your players to their role. You can not only buy the right player for the role with your credits, but also build a model that looks exactly as you’d want it to. There’s a dizzying amount of variety to go for, so what are you waiting for? Build your Dream Team!