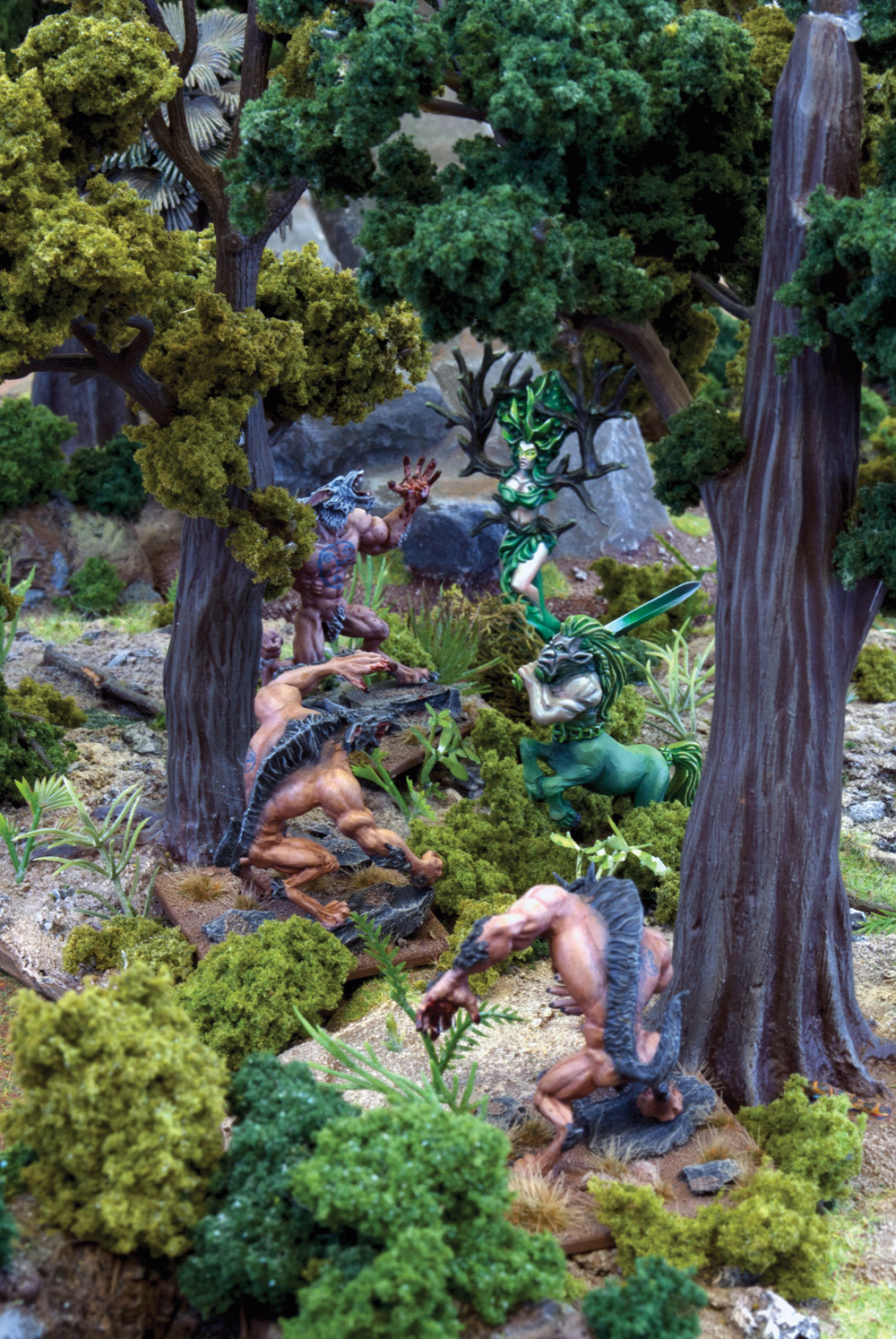 The minions of Ophidia should know better than to enter the Green Lady’s realm.

Differently from all other Celestians, the Green Lady is a being of multiple facets; composed of Good and Evil in the same measure and so neither one nor the other. She was born of the fusion between three entities – one a Celestian in tune with the many natural aspects of the world of Mantica and the other two a Wicked One and a Shining One, the different aspects of a fallen Celestian. The resulting entity is tri-form and thus changeable like the weather. For long periods, when dominated by her Good side, the Green Lady may behave in a gentle fashion, incarnating the healing, soothing side of nature. This is often the aspect that the Elves worship, and that they can summon to aid their armies in times of need.

However, with a change that is as unpredictable as it is sudden, the Lady’s feral side will rise to the surface, and then woe on any creature that crosses her path. As much as her Good side is benign, her Evil side is dangerous and lethal – embodying the desire to kill that resides in the heart of every living being. This dark side is worshipped by the Twilight Kin and other twisted races that wish to harness this destructive force to their own advantage. Aside from these two shining and wicked extremes, the Lady’s truest and most natural state, her Celestian soul, is one of balance – of equilibrium between life and death, creation and destruction. This, her aspect of ‘the Preserver’, is what is worshipped by the creatures that live in the Wild; be that deepest forests, impenetrable marshes, vast prairies, icy tundra or scorched deserts. Her nature in this form is strongly linked with the four natural elements – fire, water, earth and air – the building blocks of the universe, utterly neutral and impartial in the great struggle between Good and Evil. If anything, the Lady’s greatest fear is that either Good would ultimately prevail, and then the world would risk eternal stagnation, or Evil will, and then anarchy, violence and destruction would reign supreme. This means that the Lady must ally herself, and the great forces at her command, with the weakest side, whether it is Good or Evil, in an attempt to balance out the course of a war. Thus, in the current state of the world, when Evil seems to have the upper hand and war rages across the land, the Lady is more often than not on the side of Good, as her strong link with the Elves in the last few centuries fully attests.

The Druids are the mortal servants of the Green Lady, a secretive cult that worships her in her aspect of Preserver of the Natural Balance. Members of all races may join this order, but many of them are Men. This is because the other races are often more strongly aligned to the Shining Ones or the Wicked Ones, while Man is the most open-minded and dynamic (or some would say the most malleable and easily swayed) of the races of Mantica. 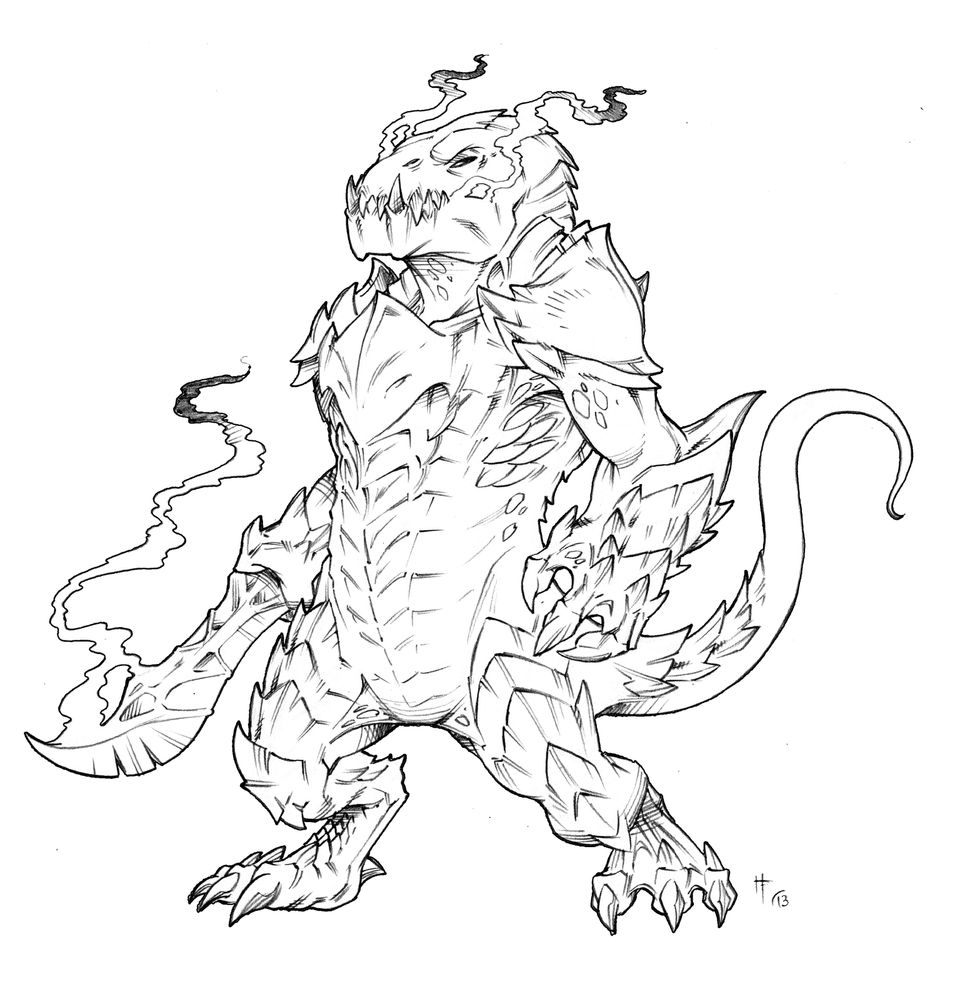 Salamanders are fire-people; reptilian in appearance, with fiery blood that causes billowing vapours to constantly stream from their slavering mouths. They can channel this innate heat through their crude weapons, causing them to sear and burn as much as they cut and crush.

Between the Good Basileans and the Evil Forces of the Abyss, the Forces of Nature stand as Mantica’s pivot-point. Like the Abyssal army, we aren’t currently producing any models for them specifically, but as LOKA (a game featuring four elemental-themed factions) will be released soon, there’s nothing stopping you using a few stand-ins as we have in the photo above! The Forces of Nature Force List is in The Basilean Legacy, which is now available to pre-order from the Mantic website.