The new Battlezones system launched in earnest in May, which is a really exciting time. Battlezones is designed to be generic, so whilst Deadzone take the system and creates a game designed around the 3D modular environment, the new tiles can be built in any combinations to make buildings, fortifications and defences for any sci-fi wargame.

For the most part, the sets are released in packs denoted by their price point at Retail: 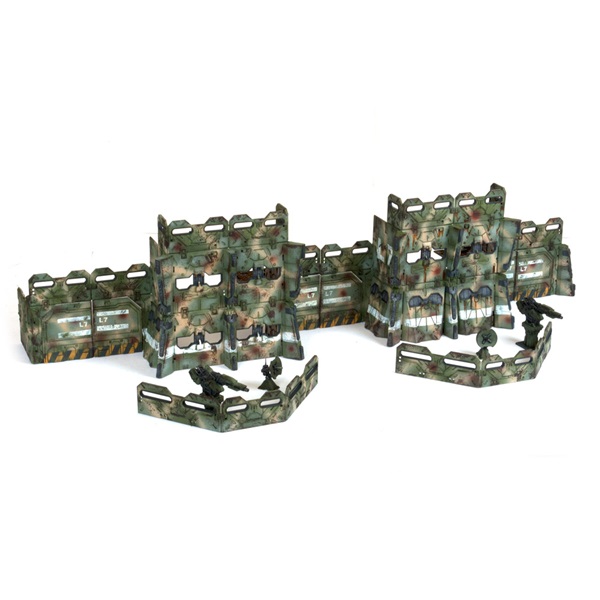 Perhaps my personal favourite piece of terrain I’ve seen built is the Fortified Sector, built and painted for us by Nick Williams. The design really encompasses what the Fortifications spures are all about and Nick has done a great job of incorporating the Defence Line components and fortress doors into the design.

The kit itself is built from 20 sprues, including Core Worlds tiles that you can use to build the “frame” of the building, whilst using the clever Fortification tile to add some weight and armour to your construction. There are also two types of pillar so you can make interesting reinforced corner structures too.

And that’s the cool thing about it – it’s very easy to talk about what else you can build each time you get onto the subject of the Battlezones scenery. It’s like Lego for Wargamers. Yes it requires a little clean-up, it is still a hobby product, but the way it fits together, can be taken apart and rebuilt as something entirely different makes it fantastic for adding a new dimension to your gaming. 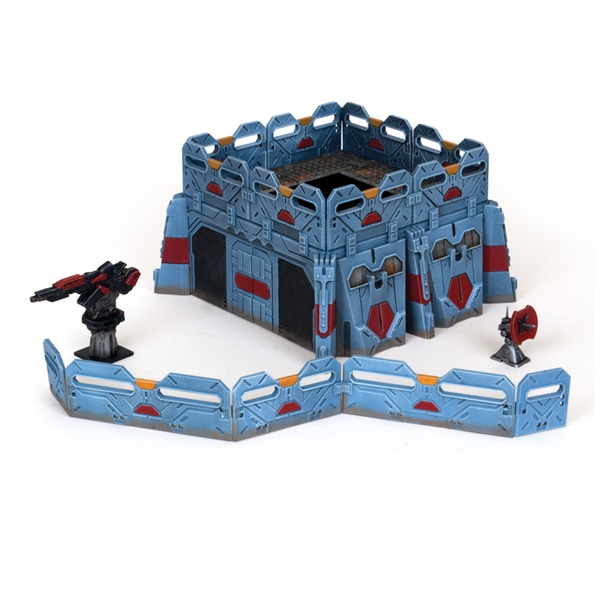 In this example Nick has built his as a Fortified Gateway in a bustling city on an alien planet, or maybe an entranceway to a military complex… however you could also split the tiles and sprues up and make a group of buildings instead, like the bunker we made for the Fortified District.

The Fortified Sector and the Fortified District are just two of the sets we have available – what would you make out of the sprues on offer? What would you like to see added to the Battlezones range in the future?

See more about our Battlezones on our Videos page, and tell us what you’d like to see next!