What’s that, you say? You want more Deadzone unboxings? Well, of course! Who am I to argue? Last week we covered the various faction starters, but there are a couple of other bits and pieces currently available to pre-order, such as the Acrylic Counters. Let’s have a look at them, shall we? 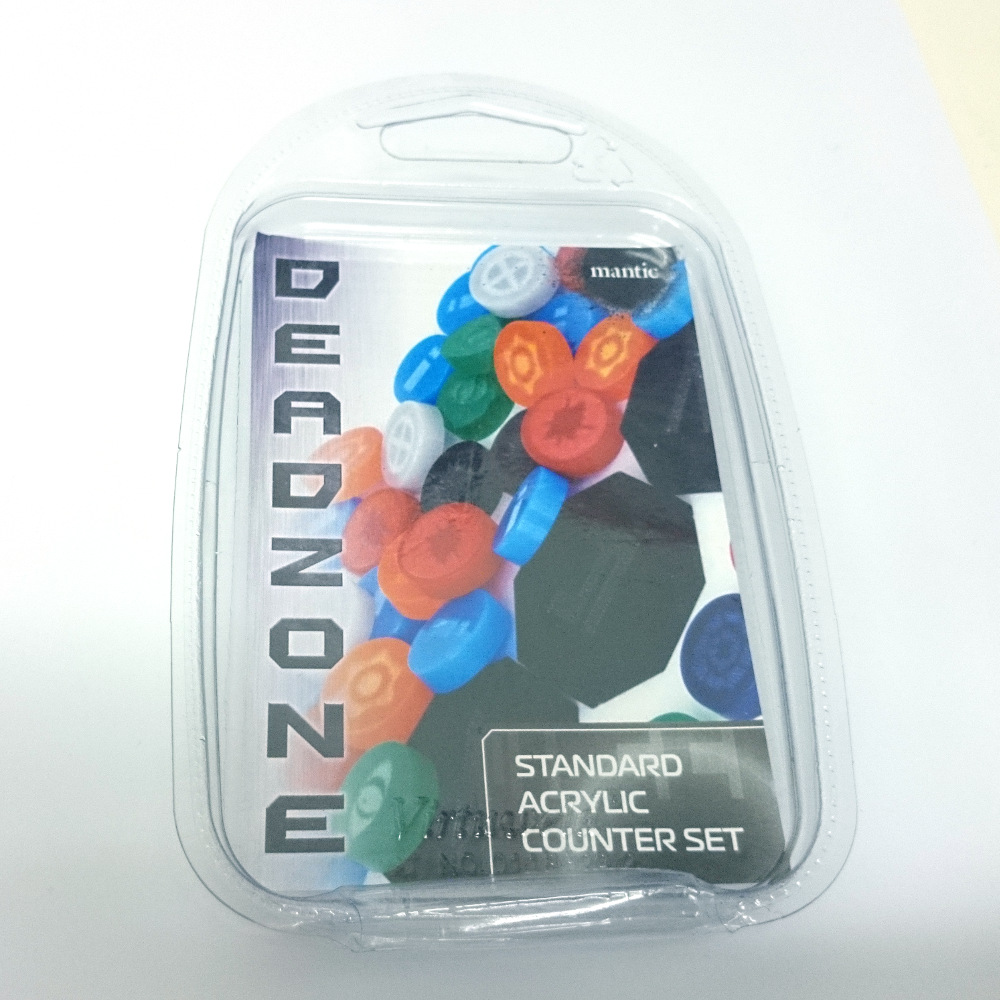 This is the standard counter set, which gives you a selection of counters to play the game. This isn’t faction-specific, so it’s a great add-on no matter which faction you’re collecting. It contains 40 counters to represent a variety of in-game effects… 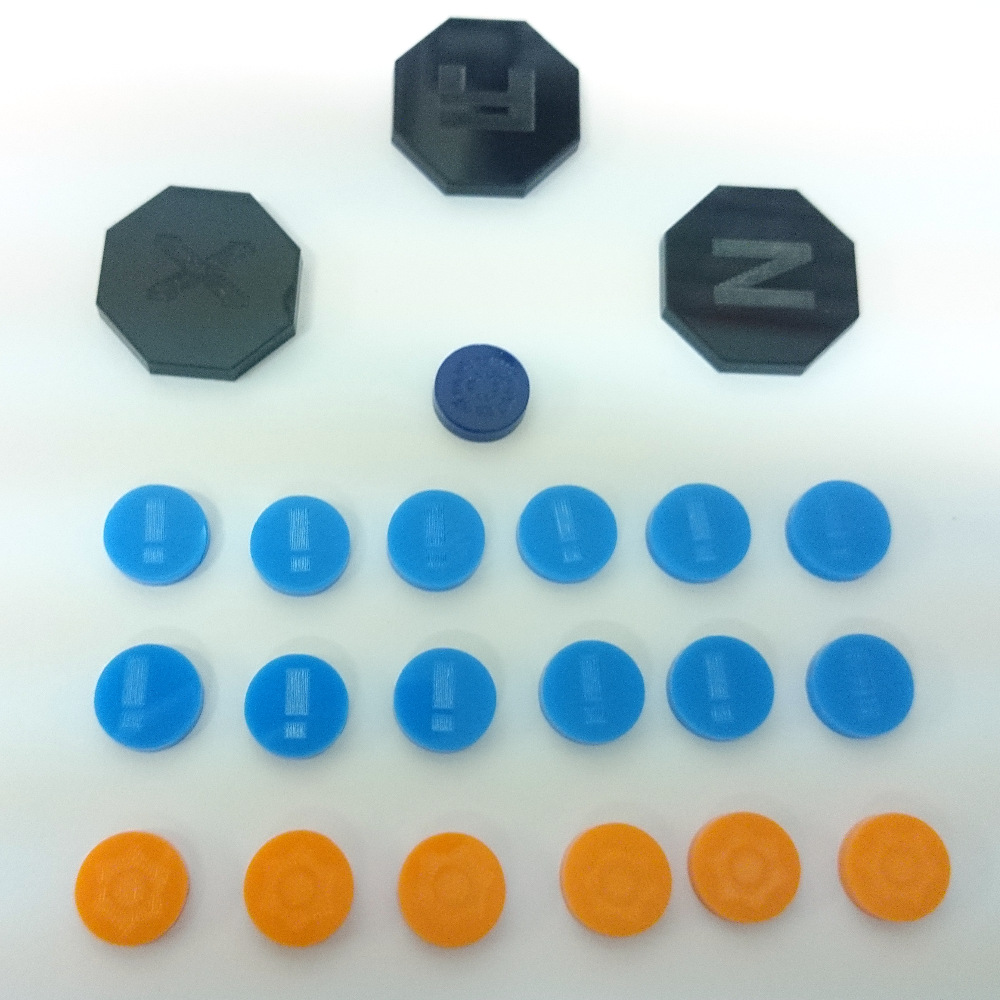 Objective Counters are placed at random at the start of each game, and could represent equipment you’re trying to salvage, tactically vital areas of the battlefield or even survivors you’re trying to rescue. Your secret mission card will tell you which one (if any) you’re trying to capture, but you won’t know which is which until you move into their square!

The Reload Counter is used for Crew-Served Weapons (CSWs), which aren’t out yet, and the rules for which aren’t in the main rulebook. Suffice to say you won’t need this counter just for now!

After you activate one of your models, you mark it with an Activated Marker, which means it can’t act again until the following Round.

Command Tokens form a pool at the start of each game, and you can spend them to use Command Actions and push your force to achieve awesome feats. 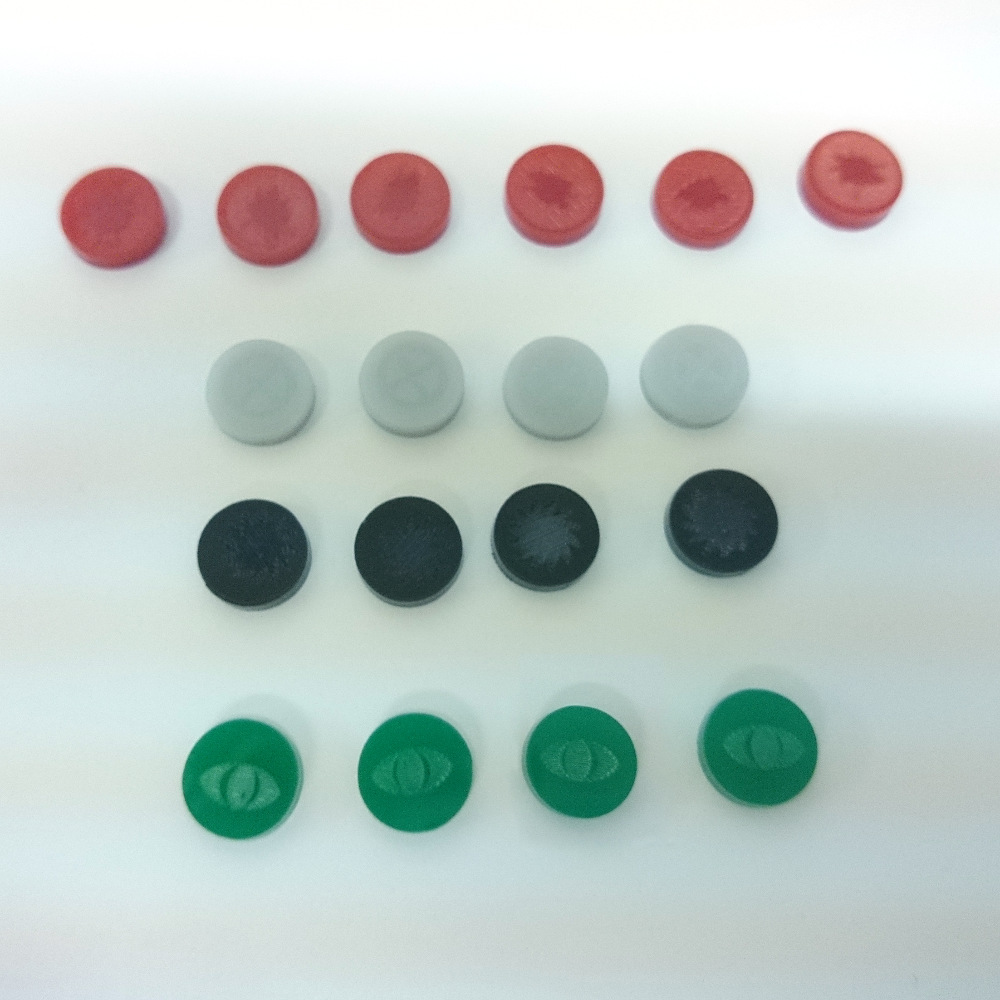 Injury Counters are used to mark when a model has been hurt but not killed.

Suppressed Counters show that a model has his head down due to enemy fire – you’ll need to Get Mean if you want to get back into the fight!

At the other end of the scale you have Enraged Counters, which show that your model is in a state of battle frenzy and will tear apart anything in its path! Plague models can choose to start the game Enraged, which gives them a bonus in combat.

Overwatch counters let you get very tactical – you can effectively set aside your character’s action to have a chance of interrupting your opponent’s turn. How you interrupt it – shooting, moving, and so forth – depends on the Overwatching model. 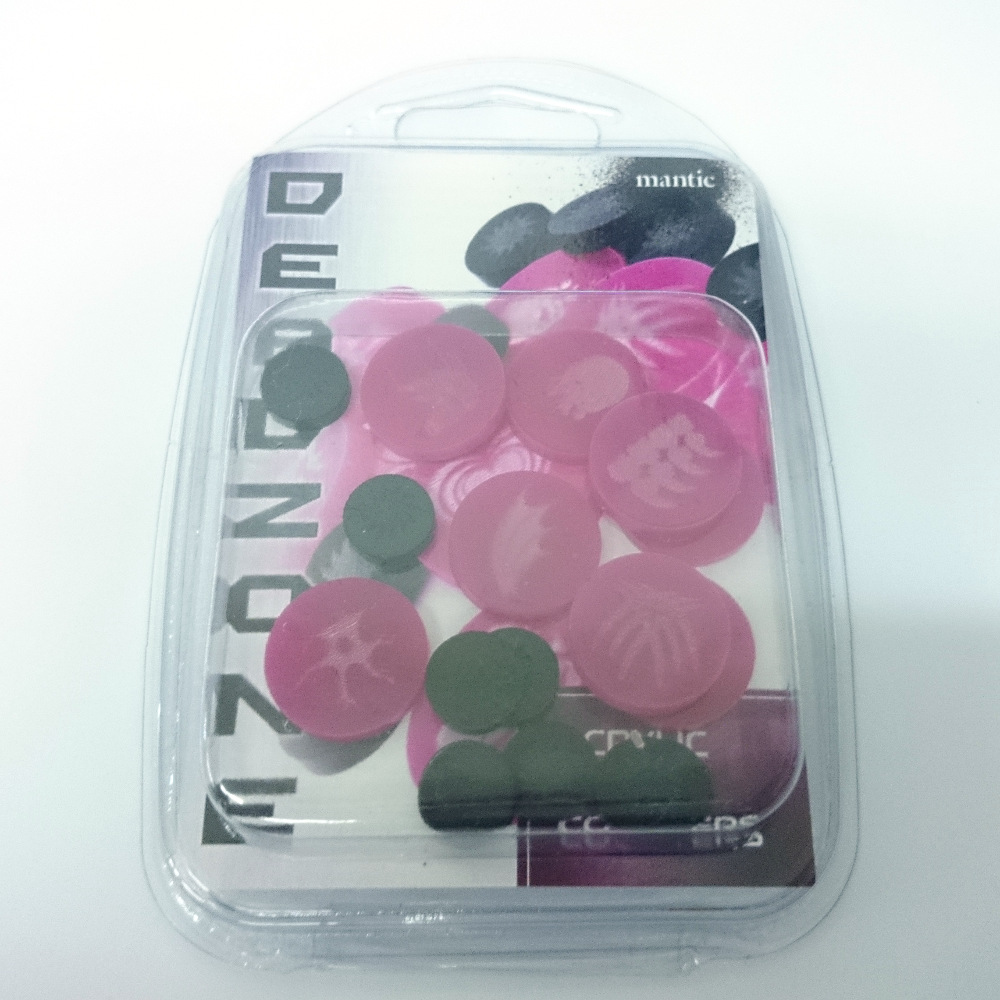 The Plague acrylic counter set is an add-on to the Standard set for Plague players, as they need a few more than most players. 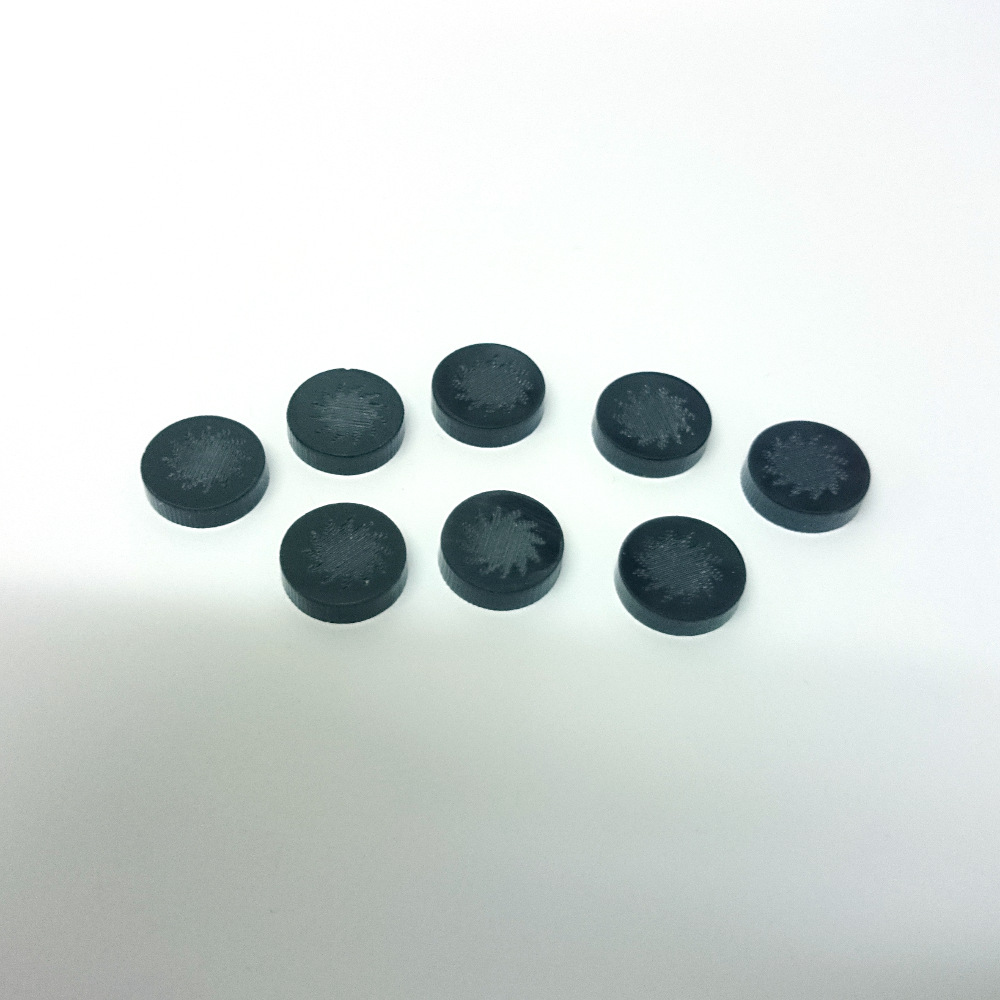 As mentioned above, each Plague faction model can choose to start the game Enraged. This means you’ll need a lot more Enraged Counters, which this set is happy to oblige. 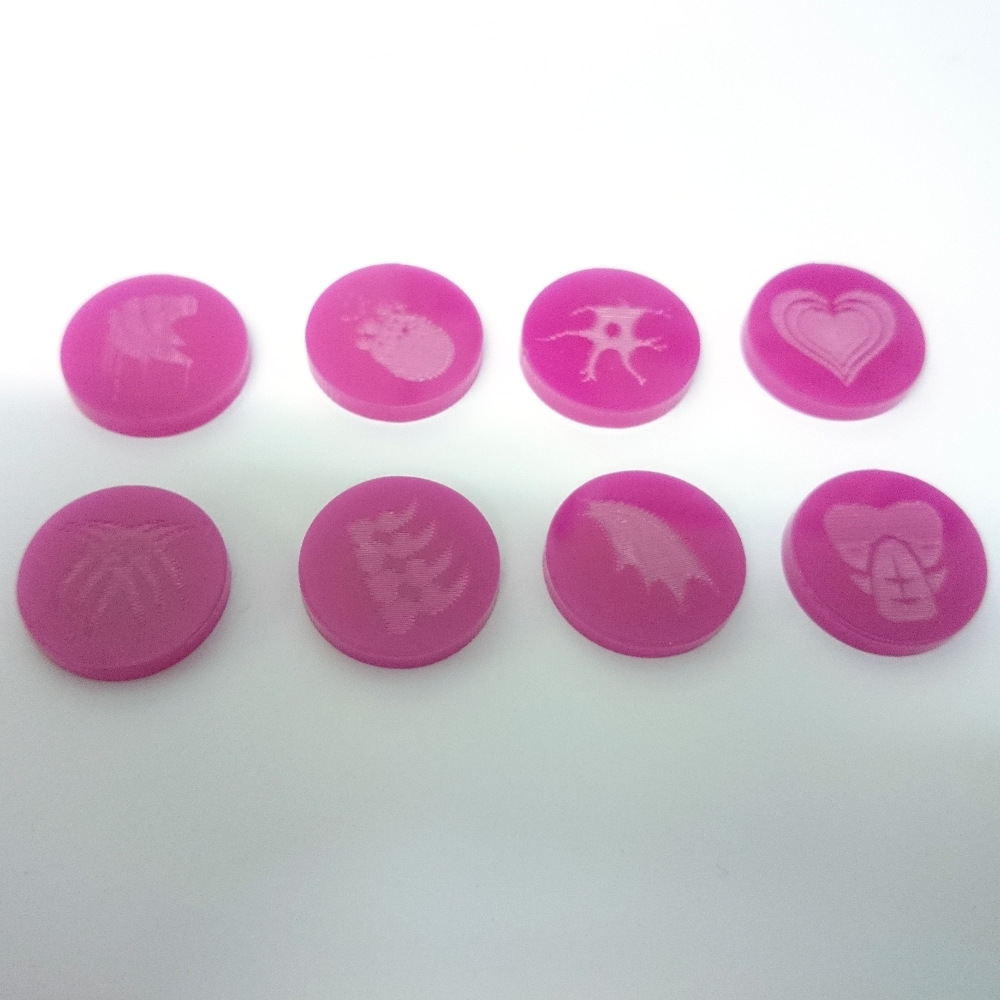 The Plague causes ever-shifting mutations in its hosts, and these are represented by Mutation Counters. At the start of each game, Plague players shuffle the eight counters and draw three at random, allocating each one to a model. This will give them a special upgrade for the duration of the game, such as an additional attack or ability. However, two of them – Crippling Spasms and Wasting Muscles have detrimental effects. After all, not all mutations are good!

You don’t need the Acrylic Counters to play the game (there are card versions in the game box), but they really do enhance the experience. Speaking of which, we’ll be having a look at the Resin Equipment Crates tomorrow!

Right, that’s an unboxing done. I’m off to the Mantic Staff Christmas Party. Catch up with you all tomorrow!