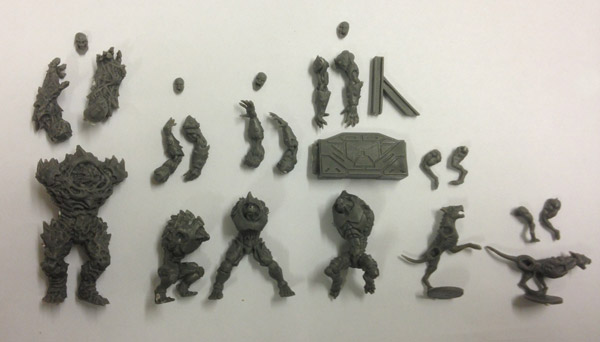 This bag contains a Stage 1A, three Stage 2As (crouching, standing and leaping) and two Hellhounds.

This bag’s full of big, funky models, and is really quite easy to put together. The Stage 2As’ arms don’t have connectors; this means they’re technically interchangeable, but it also means it’s can be tricky to get them matched up if you want to build them as intended. Hopefully the picture above will guide you! 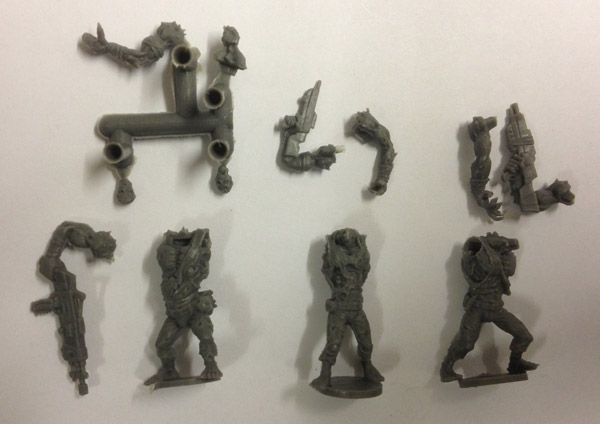 This bag contains a 3A with a Heavy Machine Gun and two regular 3A troopers.

The thing to note with this bag is that all three heads are on one sprue, along with the left arm for the HMG. Superstar sculptor Sylvain has also told me that in some cases you might need to use a bit of hot water or a bit of modelling putty to get the HMG guy to stand straight on the base. 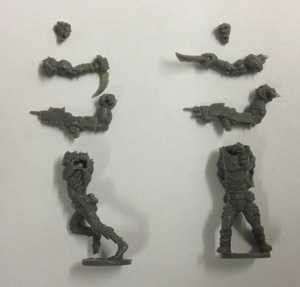 There you have it – the Plague. We’ll come back tomorrow to have a look at the Rebs, then finish with the Enforcers and Mercenaries on Friday. Let us know in the comments if you’ve got any specific questions!