There are 10 days until the new Kings of War releases hit shelves – and the Mantic Dwarfs are getting a refreshed army set as part of the new wave! 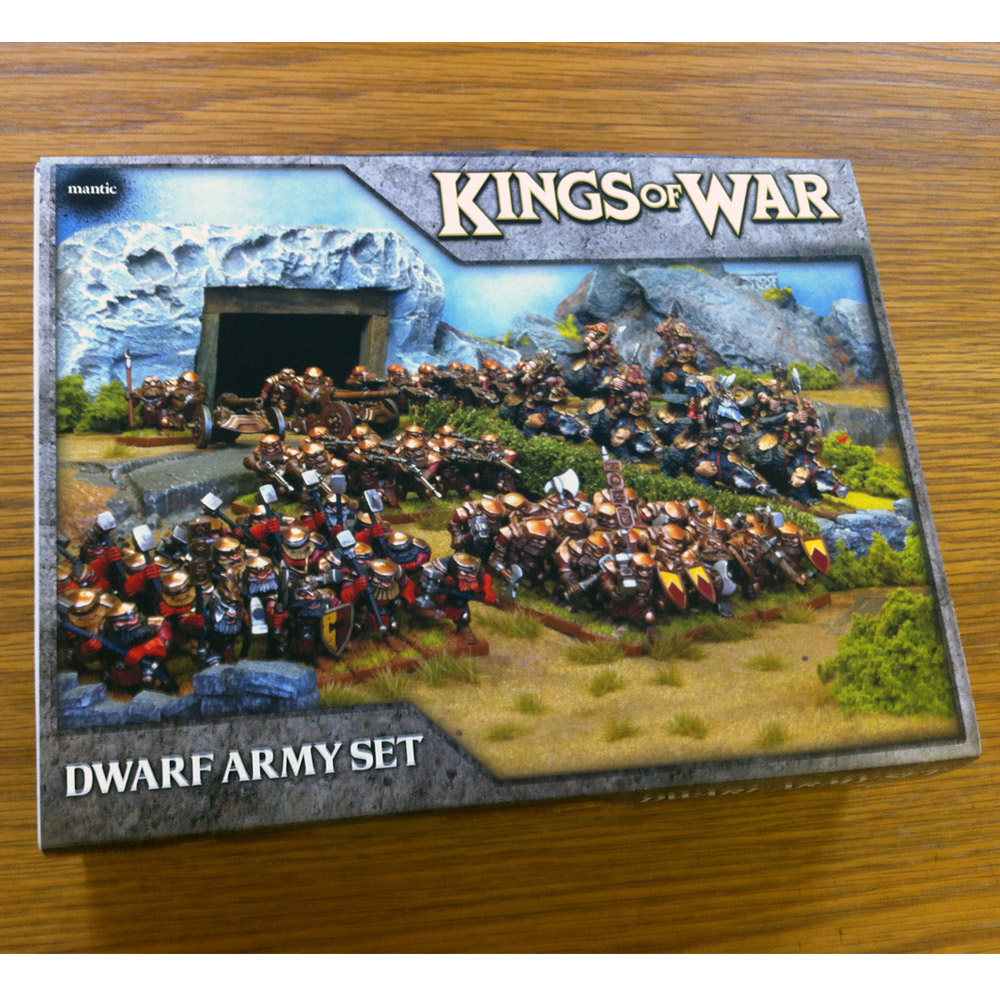 What is an Army Set?

An Army Set is an affordable way of building the core of your army out of core infantry units, with a few special elite choices to bolster your faction. If you already have an army, Army Sets are instead a great way of expanding your army quickly with fantastic new troops.

It is also the most cost effective way of building an army as each Army Set has a considerable discount over the purchasing the items separately.

So, what’s in the Dwarf Army Set? 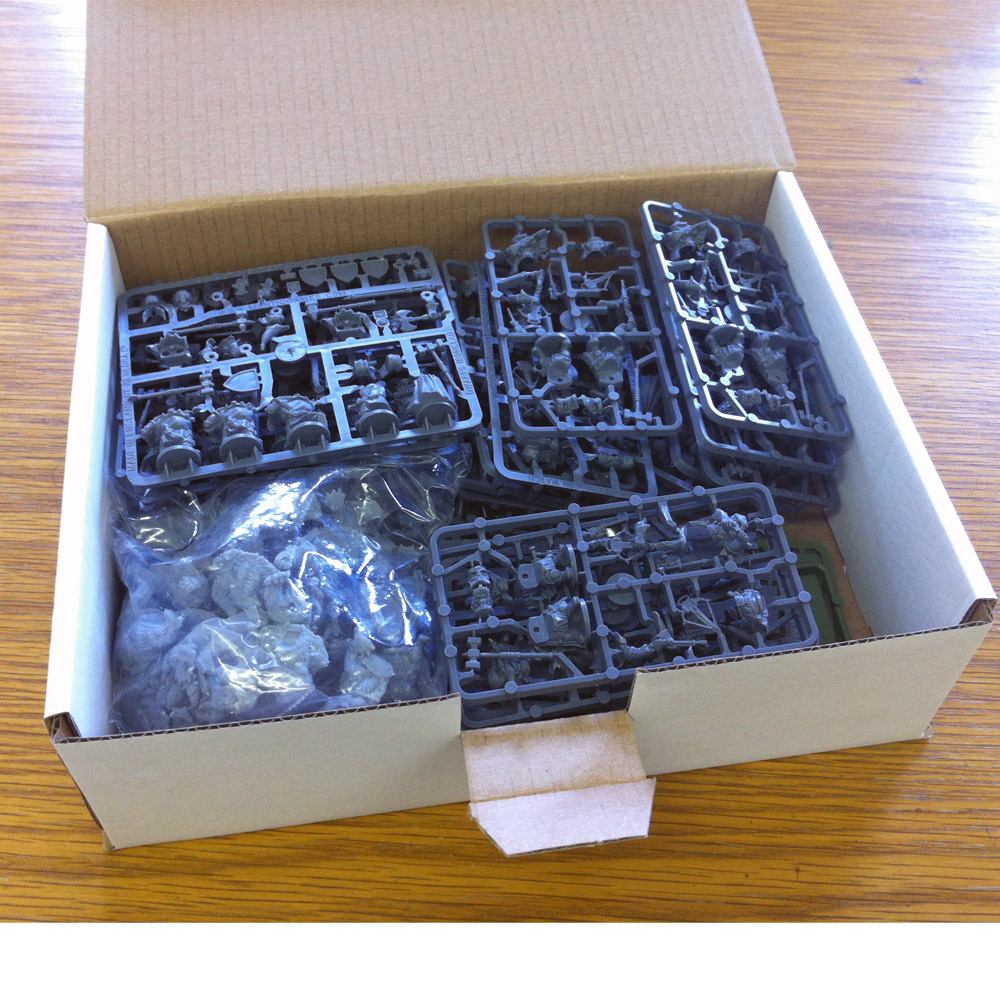 Ironclad are the mainstay warriors in the Dwarf Army. Armed with hand weapons and shields, the figures can be modeled with neat little extra like tankards and command options such as a standard bearer. 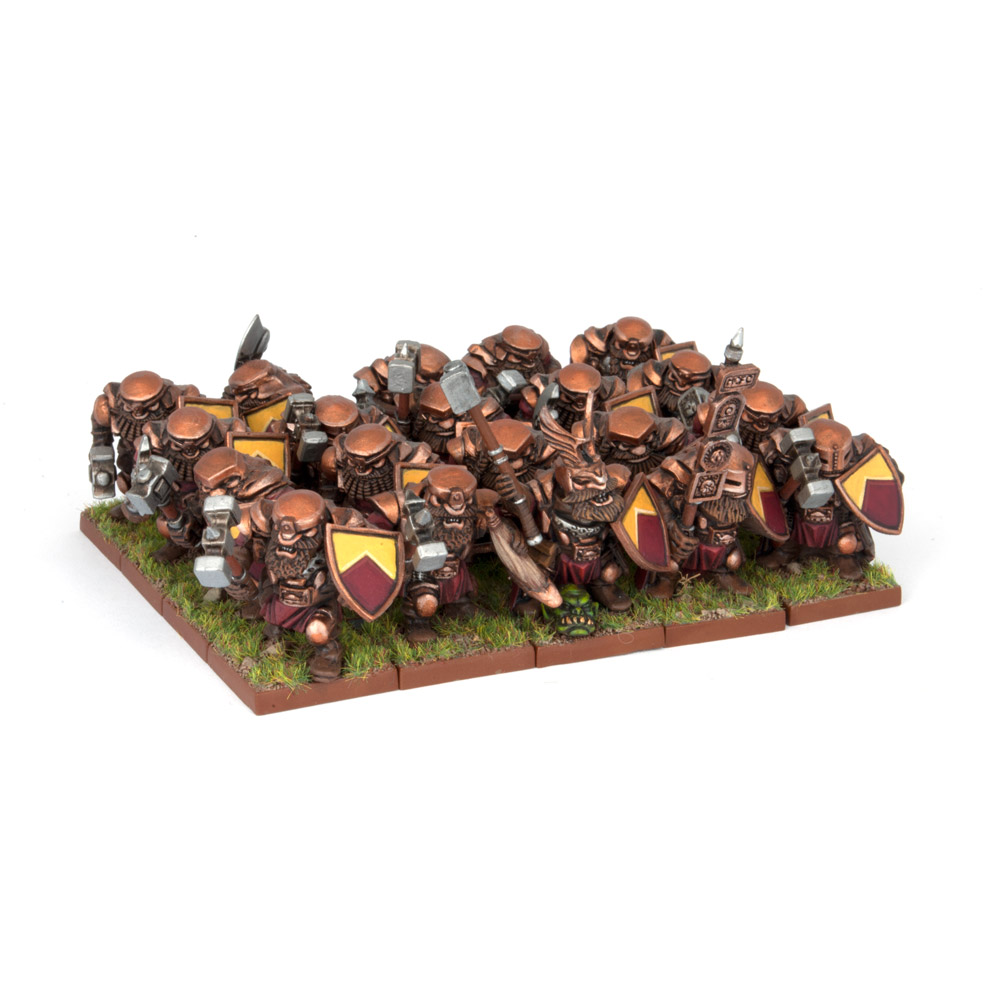 There are even Dwarf Throwing Mastiffs and two-handed hammers.

Ironwatch are a dual-purpose kit allowing you to build your troops with rifles or crossbows. There are 20 Ironwatch in the army set, meaning you could build one regiment armed with all the same weapons, or two units with either option. The choice is yours really! 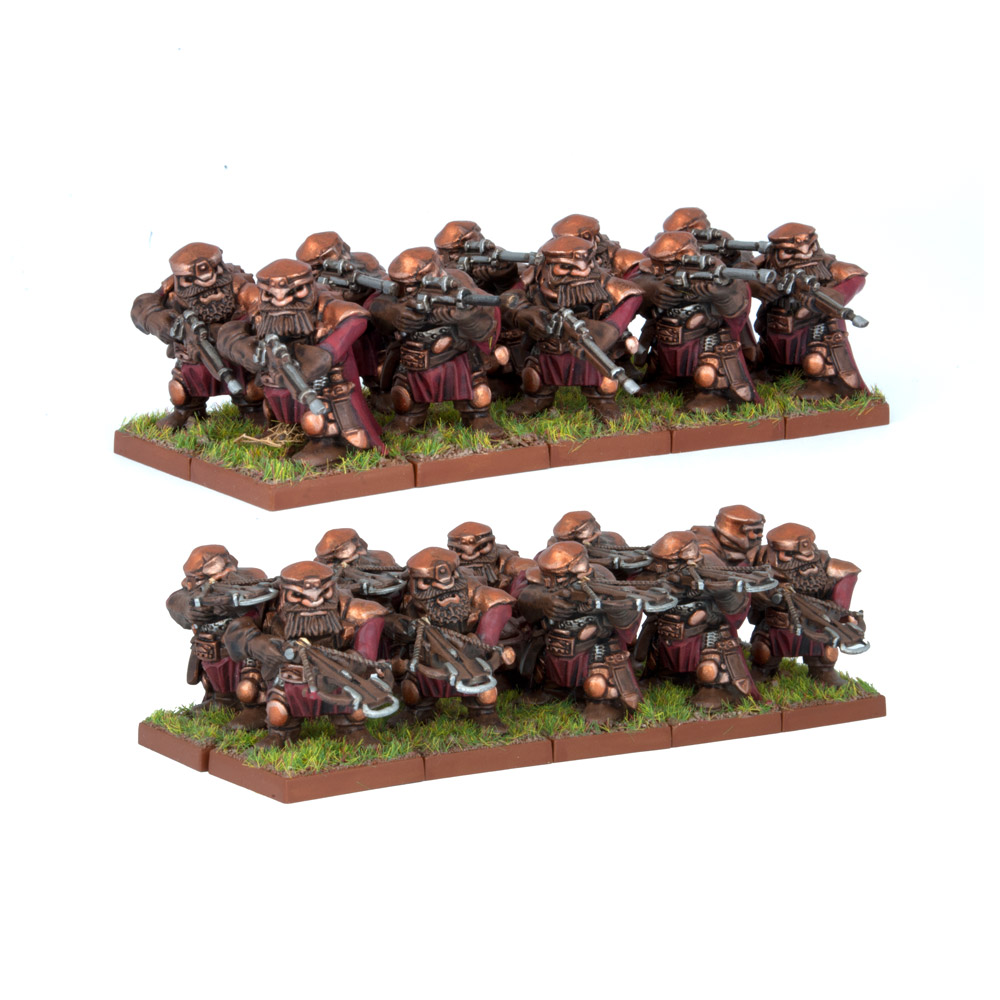 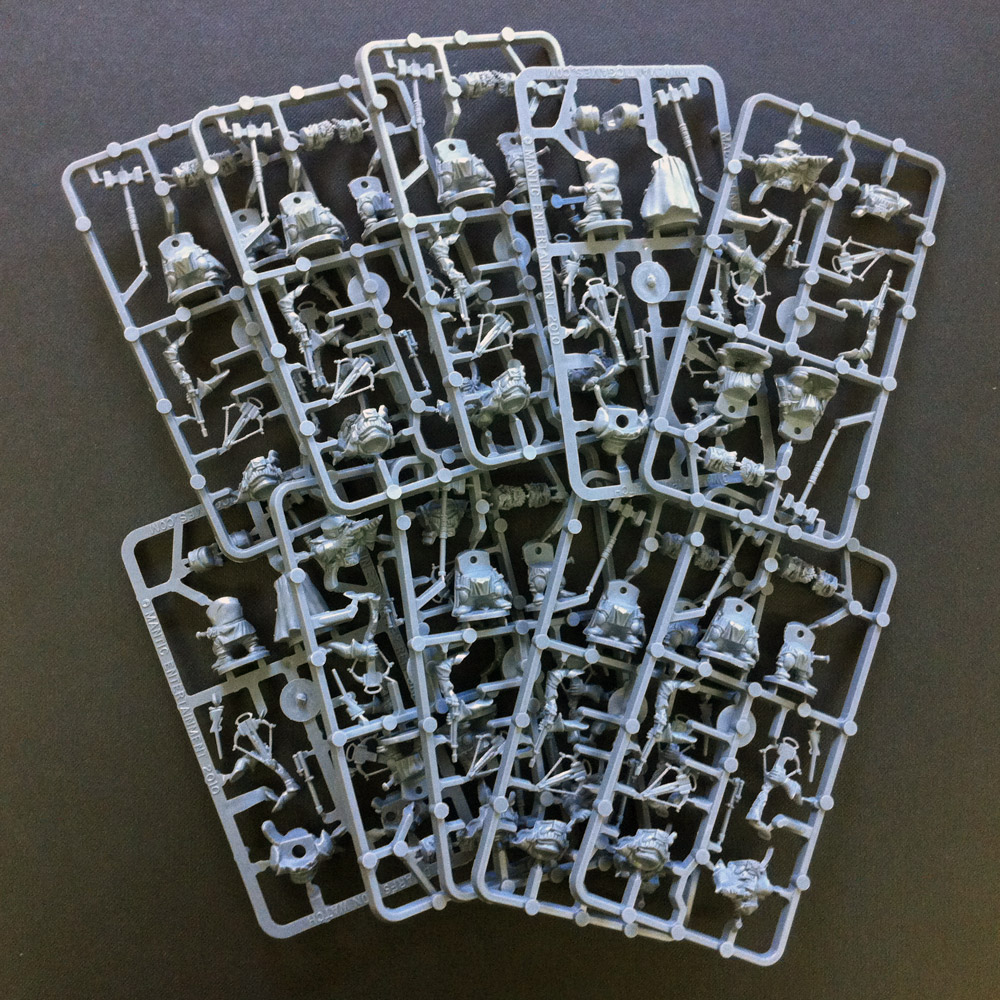 With Piercing (2) over Piercing (1), we recommend rifles for punching through armour though if points are tight, stick with the Crossbows.

A Shieldbreaker regiments includes a mix of the 2-figure Shield Breaker frame and the Ironclad sprues, meaning you can create 20 figures with two-handed weapons.

Alternatively, you could build a Shieldbreaker Troop and use the Ironclad sprues to bolster your forces with an Ironclad Troop as well. These two smaller units will be able to take less damage, but make effective flanking units and are a bit more mobile. 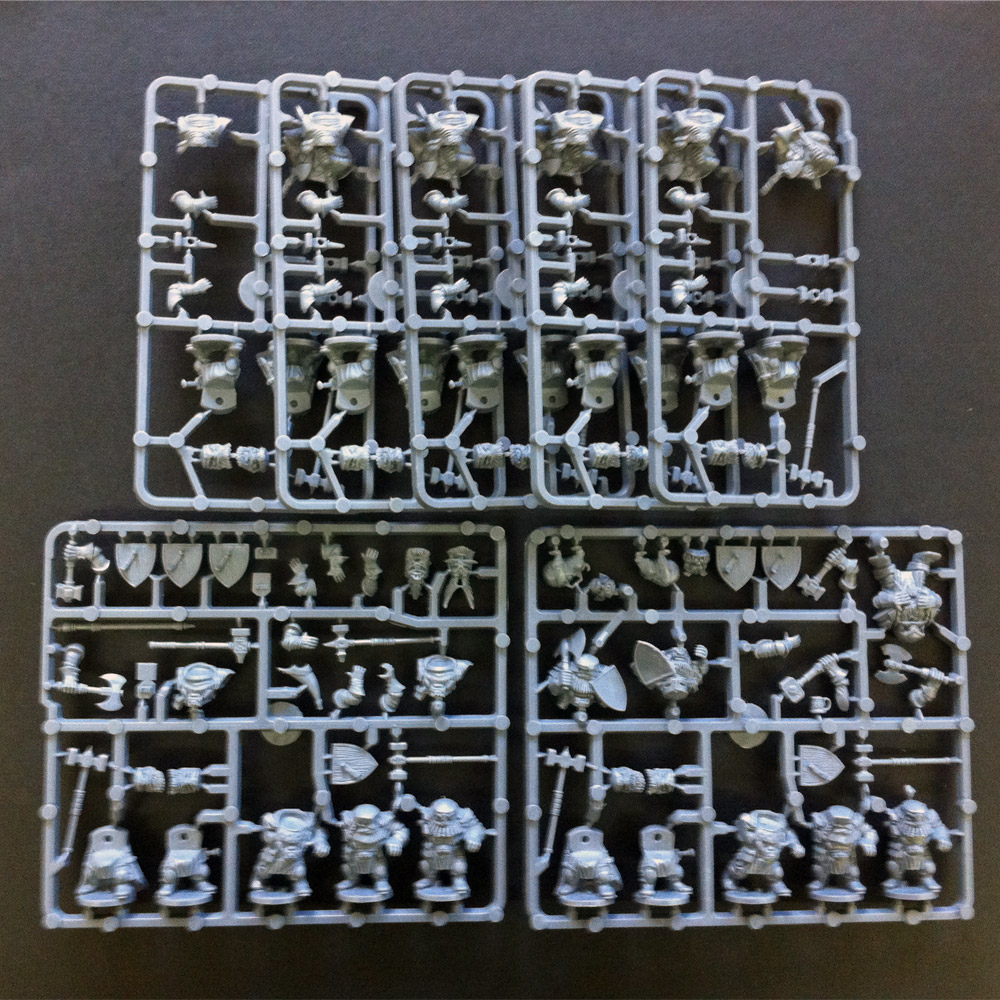 Yep, it’s the Brock Riders and these guys are nasty. A regiment of 10 Berserker Brock Riders puts out 30 attacks. They’re also Vicious, meaning whenever the units rolls to damage, it can re-roll one of the dice that failed to damage. 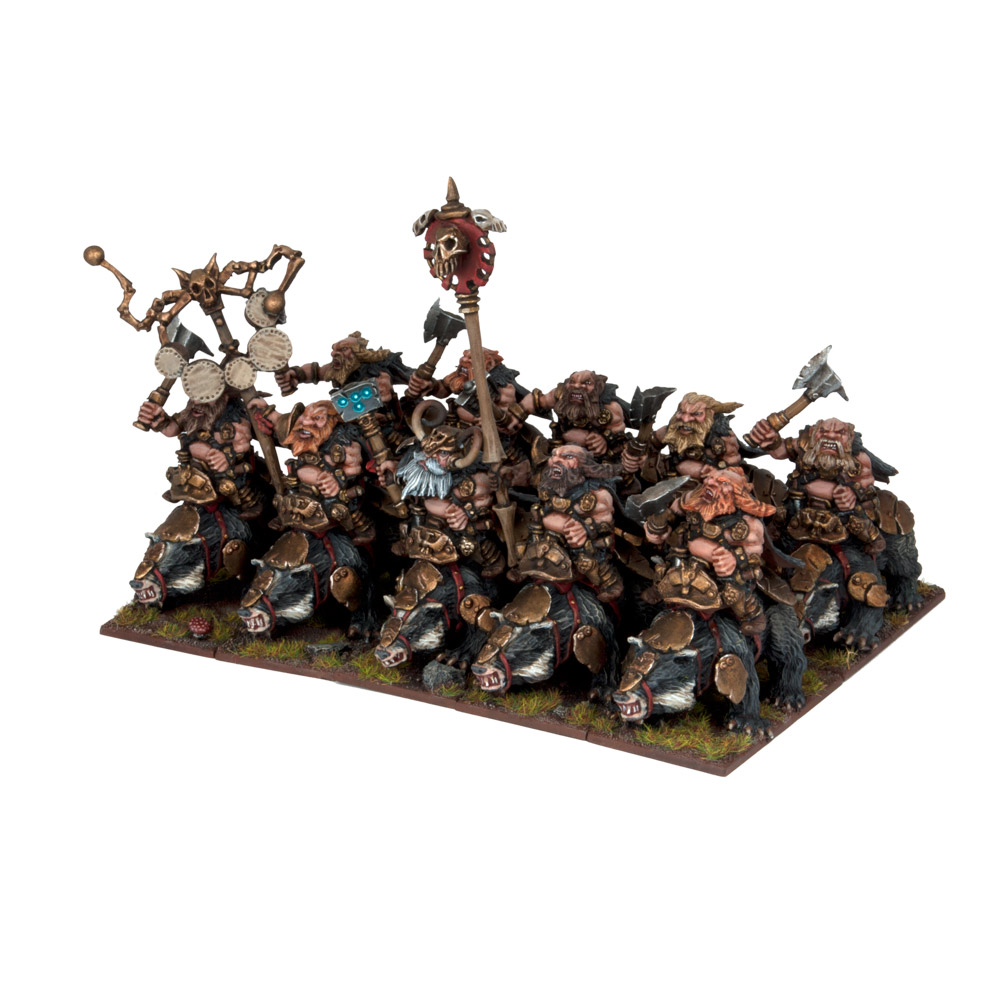 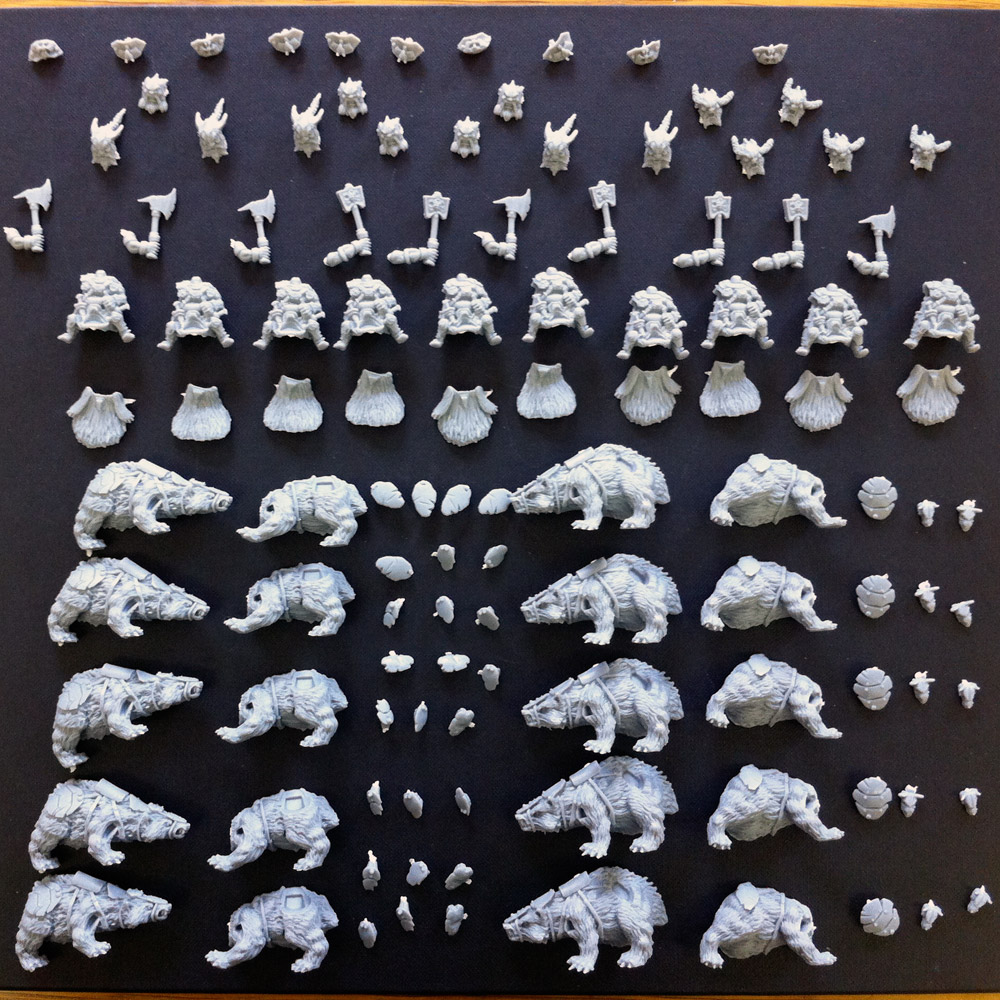 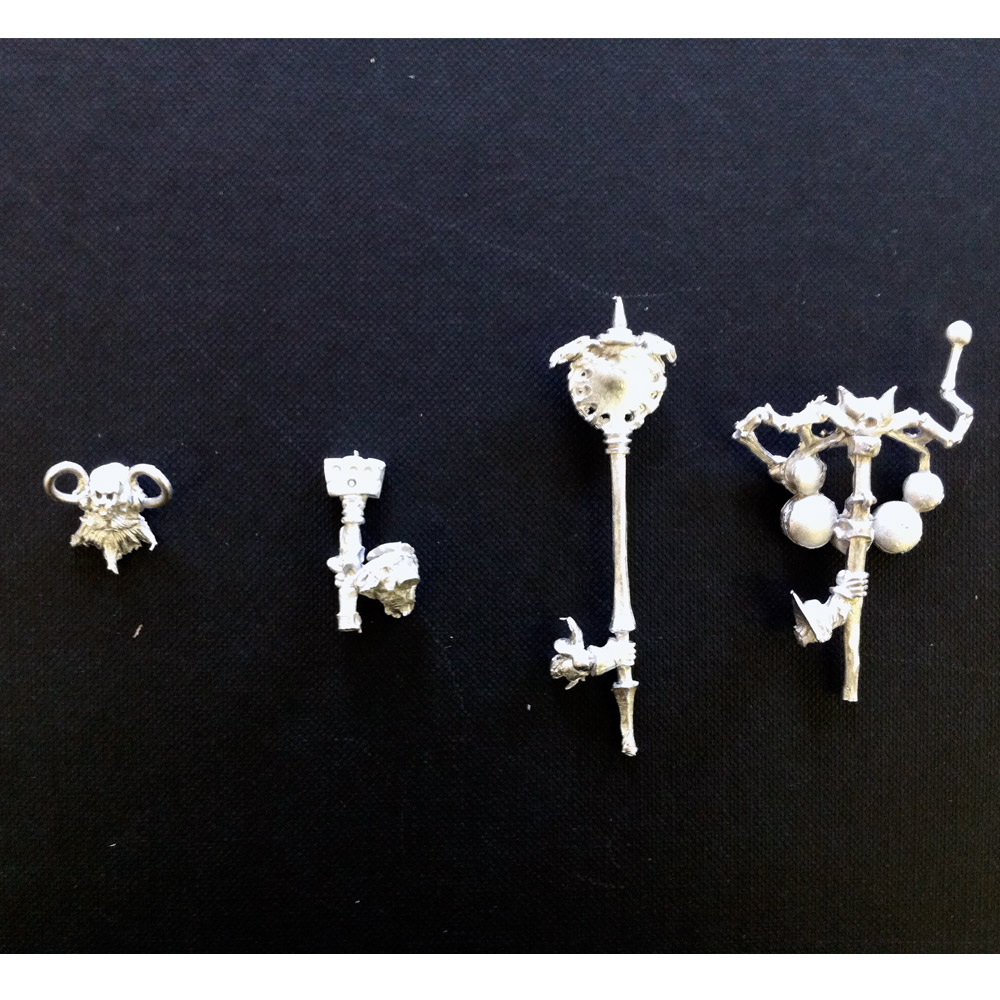 Berserker Brock Riders are easily the fastest thing in the Dwarf army list with Movement 8, and you’ll also get extra metal components to add a banner and a musician. The Musician piece is an inspire bits of genius from Bob Naismith, as the beaters rattle the drums as they charge into battle.

Featuring the infamous misfire marker, the Dwarf Ironbelcher kit is a dual-purpose warmachine.

You can build the kit as a cannon or organ gun – and because you get two you can build one of each or magnetise them to make changing over the weapons nice and easy. 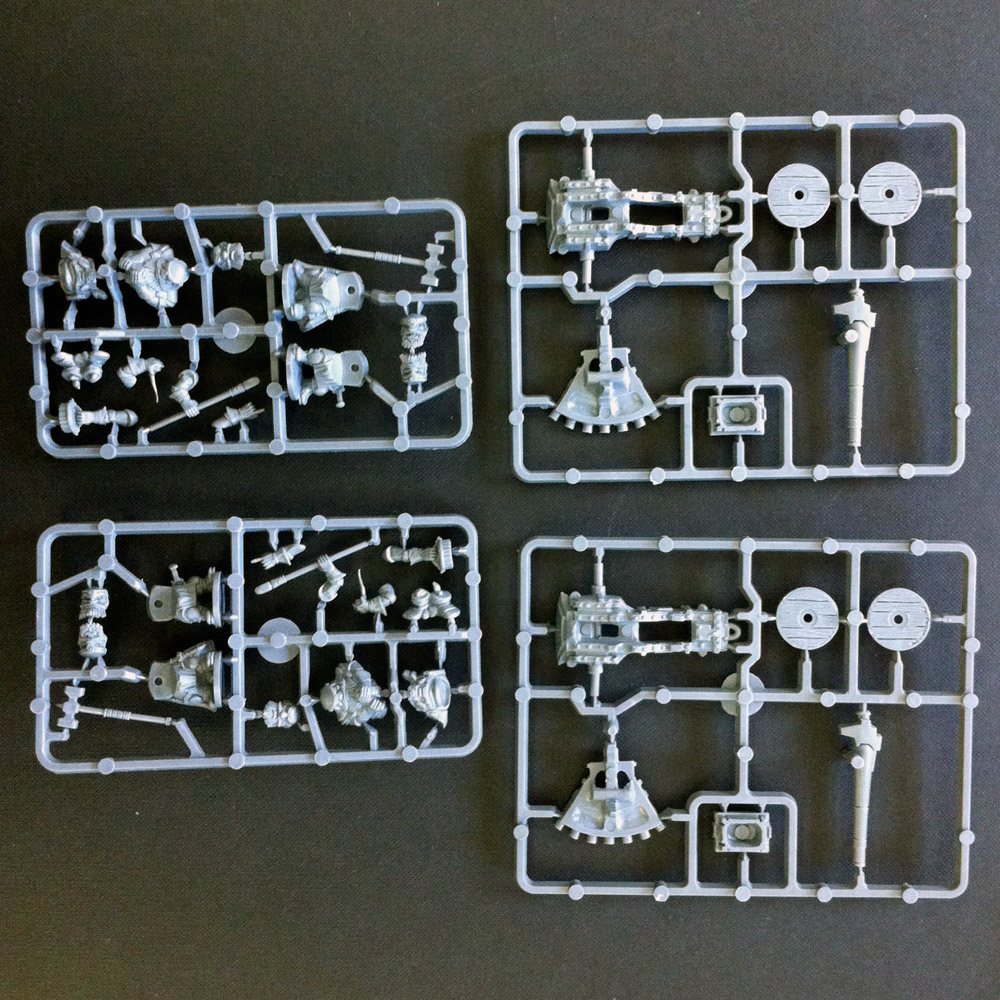 You also get some very characterful crew as well.

The Army Set contains 4 Mantic Points which you can save up and use in the webstore to get some great freebies, including the Thinking Elves Elf, Deadzone Mercenaries and more.

All you need to do is collect the right amount for what you want, post them in and place the order online. Once we receive the points we’ll dispatch your order. 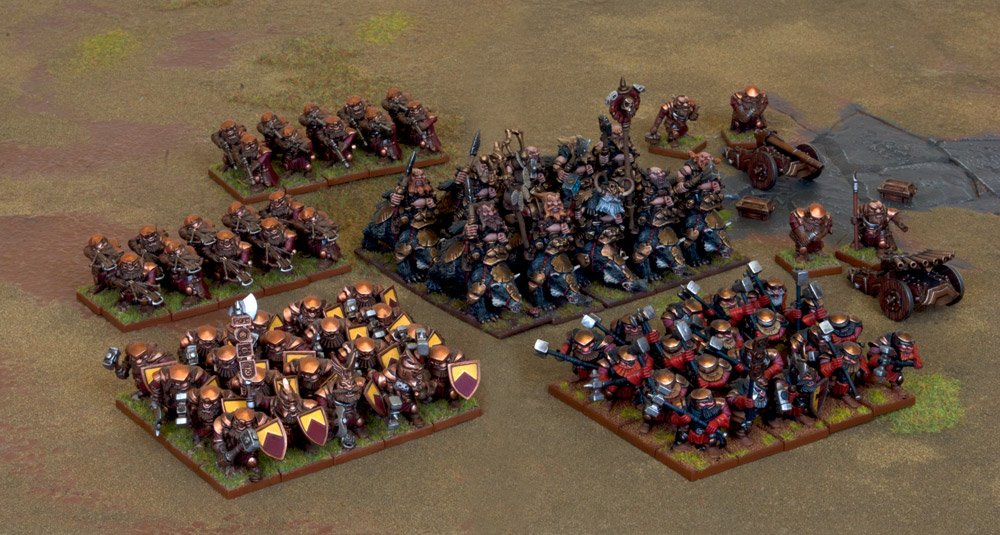 The Dwarf Army Set is now available to pre-order alongside the new Bulwarkers, Brock Riders, Herneas the Hunter and more. Check out all of the Mantic Kings of War Dwarf releases here.

You can download the Dwarf Army List for free from the website for most of the rules. Rules for Sveri Egilax and the Dwarf Bombard can be found in Hellfire and Stone.