Today we want to bring your attention to some of the work going on at mygamestore in Finland – just check out this awesome hobby goodness! 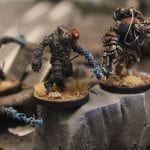 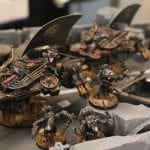 These Veer-myn have been used to create a Games Workshop Dark Eldar army – on the left, Nightmares and the Night Spawn have been converted to become wracks, whilst the Raptor and the Jotunn Heavy Hailstorm have been kitbashed to create a Dark Eldar Venom – more pictures here. 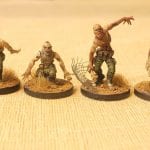 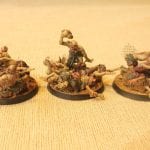 Used as Chaos Daemons, these zombies have been kitbashed with the Corporation to create a plethora of daemonic units. Check out the rest of the post here for loads more photos, including the two beasts of Nurgle converted out on Veer-myn Night Spawns!

For more on these armies and projects, check out gowarhead.com