We’ve been left very excited after the Beasts of War Warpath Weekend (cheers Warren!) and this week is all about the Marauders – starting with this! 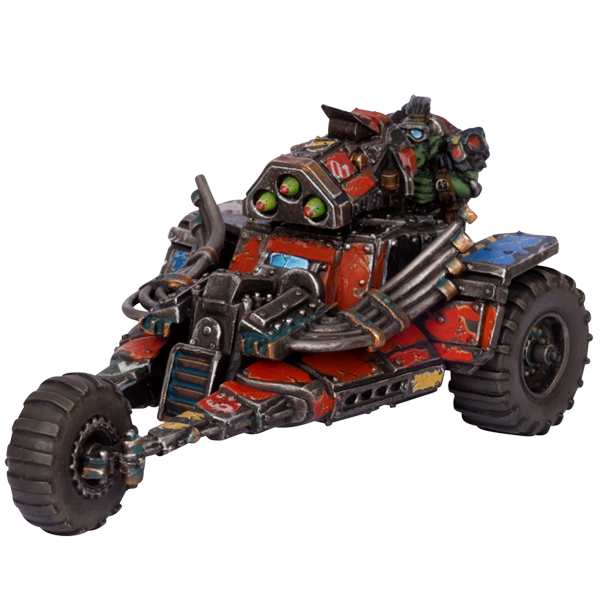 The Marauder vehicle has a new name and congratulations to Tim Collins who successfully named it the Raptor.  But what role does this vehicle function in a Marauder army? Here’s Guy Haley to tell you more:

Marauder weaponry is rugged and easy to maintain, but the Raptor attack trike is no less deadly for its lack of technological sophistication. Often employed as a mobile weapons platform in Marauder bands, the Raptor supports squads of Grunts as they close with the enemy. Alternatively, it is stripped of its gun and used as a rapid deployment transport. 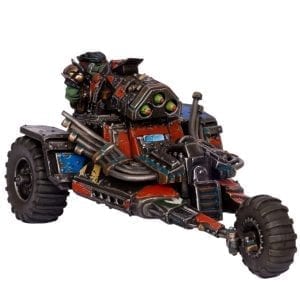 You can get two of these in our new Marauder Army Sets and six in an Ultimate Marauder Army Deal along with a free Marauder Hero and limited edition Warpath T-shirts, of which stock is now extremely limited.

But what do you think? Drop us a comment below!