As we enter the final week of the Warpath Kickstarter we have collated your feedback from the previous Warpath Alpha Rules and updated the rules accordingly.

We also had a couple of games of our own! 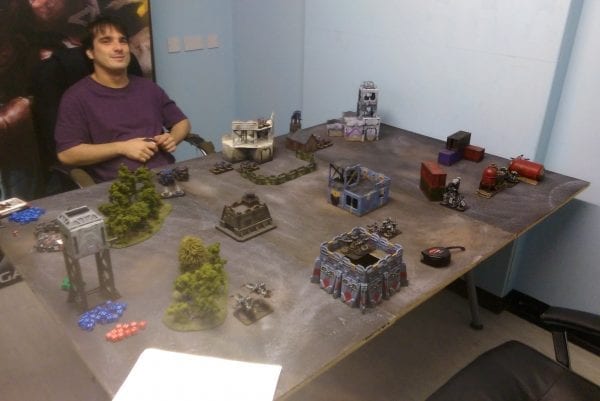 The above is a shot from when Dave played a 1200-point playtest game against Stewart. The two forces on show are Enforcers versus Forge Fathers (about 40 figures each). Not shown is the Enforcer Interceptor which started the game off the table, and there are a number of units hiding in buildings or behind scenery.

This game took approximately 1 hour 20 minutes – which is incredible given how much Dave talks – and includes time for note taking. This gives you an idea of how fast the game really is.

And if you want to see more, Warpath backers Greg Hendry and Euan Bennet have produced these great Battle Reports, one from the Enforcer perspective and the other from the Plague. 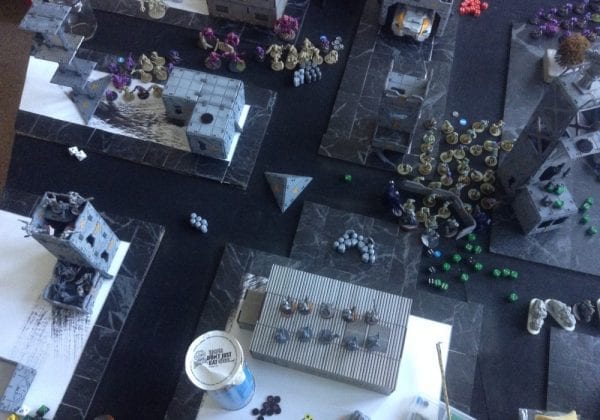 This has been invaluable feedback, so please keep producing these style of articles they are great!!

Before you download the latest set of the rules, we suggest you read the Change Log, which lists out some of the key things we’ve tweaked and why.

This gives you a breakdown of the things that have changed between the last version and this one.

The updated Warpath Alpha Rules are now available for free download. We have written lists for all of the new units funded in the Warpath Kickstarter, and introduced Force Lists for the Asterians and the GCPS corporation too. 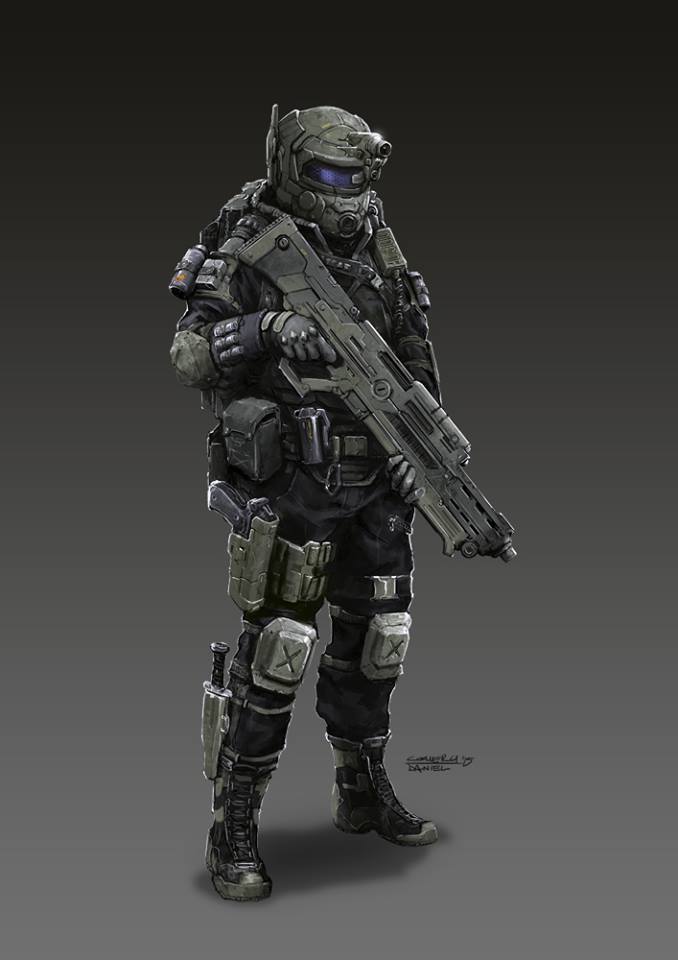 The key thing that has changed following the previous feedback is that the mass-battle Warpath game has been reworked so that you can play with unit stands.

The Firefight rules (which we hope to share with you very soon!) caters for people that don’t want these type of bases in their games. Because of that, it means we can take any compromises we’ve made out of the mass battle game and streamline the rules, which we have done here.

These stands are still optional however, and there are rules included in the Advanced Rules section of the Warpath rulebook for playing without unit stands.

This is a change for the better of the mass-battle game, and we have Firefight and the Advanced Rules available as the alternative for those who don’t like playing with them ☺

Finally, we recently flew Warpath rules-writer Stewart Gibbs over to Beasts of War to record an interview and gameplay video with Warren and the crew.

Both videos have now been released, and you can watch them here:

Please download the change log, download the rules, see what you think and let us know your feedback. We have set up a forum thread to collect all of the feedback – please head over there and post your comments.

It is the final week of the Warpath Kickstarter – the campaign finishes at 11:59pm Sunday 11th October. That means there are only 5 days left!