The new Ogre Force List in the Kings and Legends Book (also released in July!) features your staple Ogre units such as Warriors and Shooters but also brings along the little guys to help out!

Known as Red Goblins, our diminutive Greenskins are once again turning their hands at causing a little mischief! 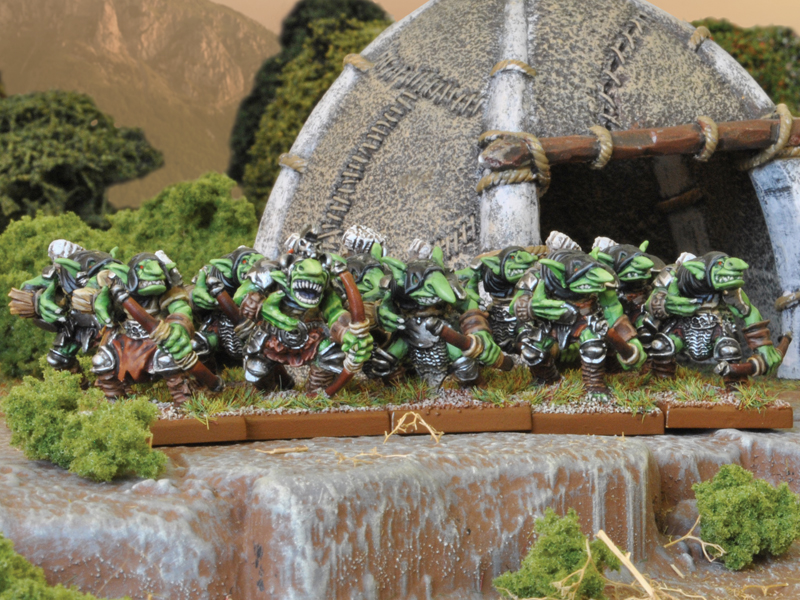 Many Goblins and other lesser creatures are attracted to the wealth and power of Ogre mercenary armies. They become camp followers and attend to all of the most menial of tasks in an Ogre encampment, but are occasionally used as supportarchers by the Ogres, who have noticed the little ones’ ability with the bow. Traditioanlly the Ogres request ‘their’ Goblins to wear red rags in order to distinguish them from the enemy in the mayhem of battle, thus avoiding unpleasant incidents. This has led to the nickname of ‘Red Goblins’, that these creature bear now with great pride.

As we also saw yesterday, we’ve got an amazing new Goblin Cavalry set being released, which you can also field as Red Goblin Scouts in the Ogre Force List. Best thing of all? Red Goblins are nolonger Utterly Spineless, meaning you’ve got a good chance on them doing exactly what you want them to do! 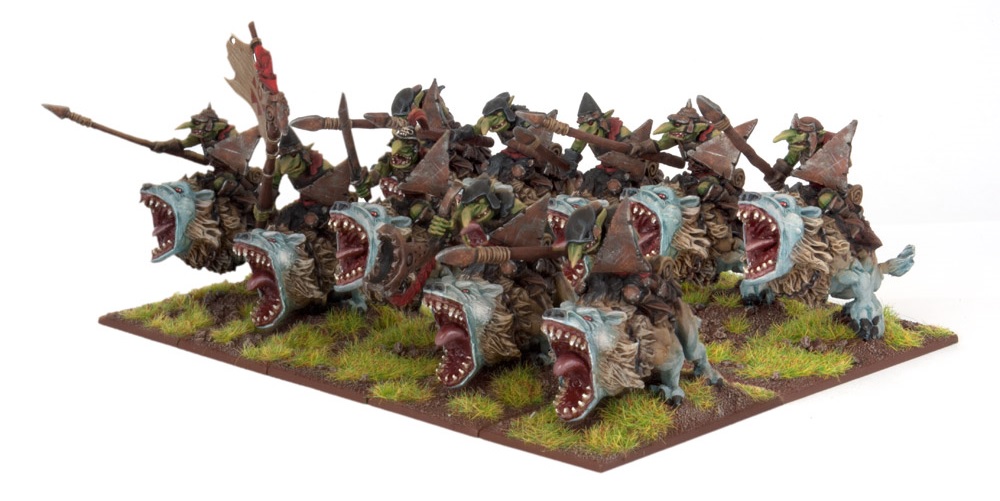 Saying that, Red Goblins aren’t all that fortunate if they get picked to be a Blaster operator however… 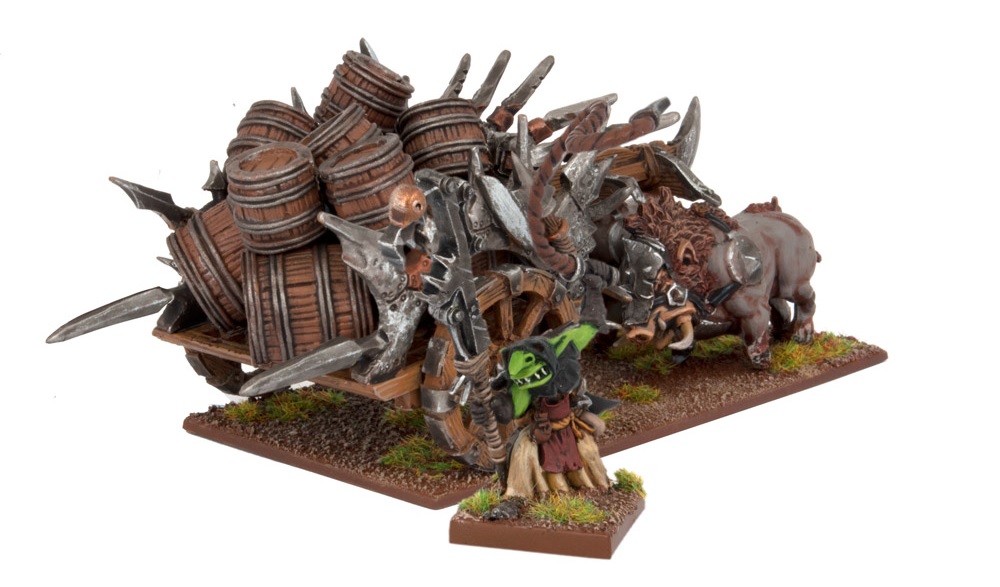 Drawing the lots for the crew of the Blaster is nerve-wracking for the Red Goblins. The plan for the operation of this war engine is to roll it as close as possible to the enemy, and then light the fuse and run for cover. Sounds simple enough, but all too often the fuse proves a bit temperamental… leading the Goblin operator to either an explosive death or a more comical one at the hands of some very scared and very vindictive enemy warriors.

The Red Goblin Blaster is one of several web-exclusive Veteran Conversion Kits coming to the site by the end of the week, allowing you to fill out some of the new unit choices from the Ogre Force List!