August is a big month for the Forge Fathers – this small but tough army had a couple of early releases at the tail end of last year, but the Space Dwarfs are getting reinforcements and are becoming a proper army for the full time. In our eyes, Forge Fathers launch in August, and are launching with a BANG!

This is due in no small part to the Forge Father Iron Ancestor:

An Iron Ancestor is a squat combat exoskeleton piloted by a veteran Steel Warrior. Heavy, thickly armoured, armed with a huge heat-hammer in its right arm and a twin heat-cannon or twin-hailstorm cannon in its left arm, the Iron Ancestor is the Forge Fathers’ walking tank, combining the flexibility of infantry with the firepower and resilience of an armoured vehicle. 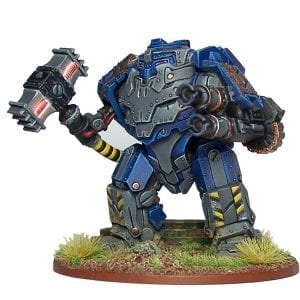 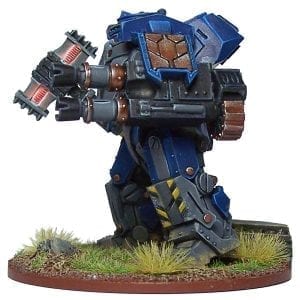 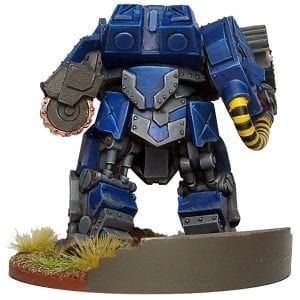 The Iron Ancestor is leading the way for the Forge Father army, and you can grab up to three of these awesome new sprueless plastic kits in our great value Army Deals or Mantic Elite.