Well, there we are. Another Mantic Open Day has come and gone, and what a day it was! 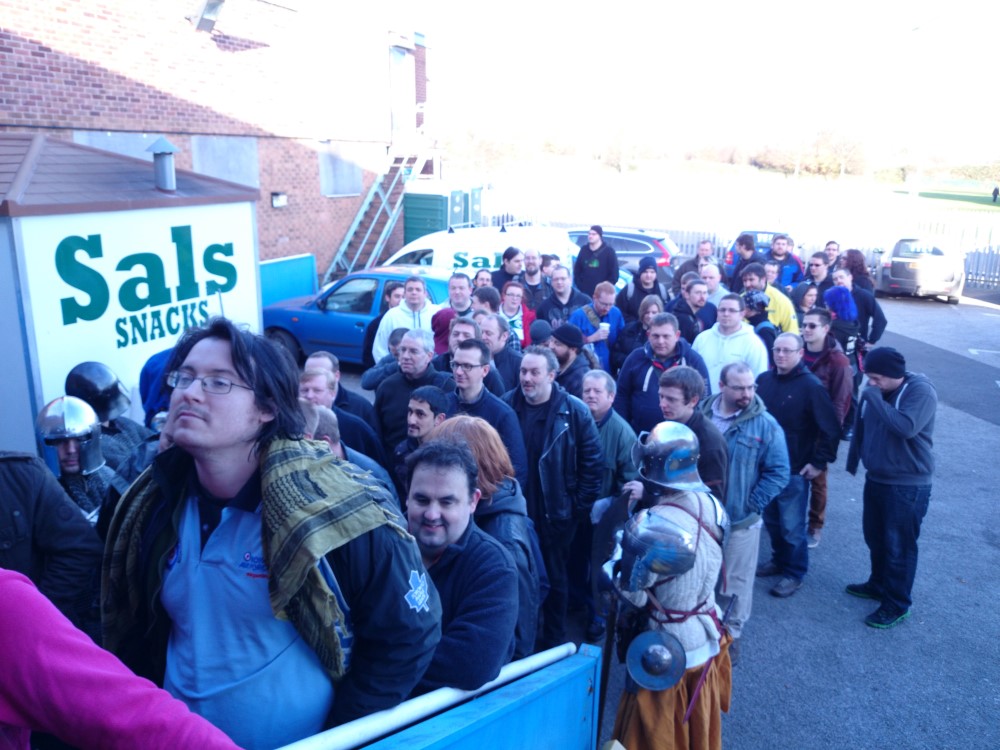 It wasn’t a particularly warm morning in Nottingham, but tea and bacon sarnies from Sal’s Snacks kept people cosy while they waited for the doors to open!

We had plenty going on across two venues. Most of it happened at our new venue, which we still refer to as the creepy medical centre, but which clearly needs a cool name – ideas below!. It held the Gamers for Life tournaments, the Deadzone Kickstarter collection point, Alessio’s LOKA demo table and our special guests from Warlord Games and Hawk Wargames. 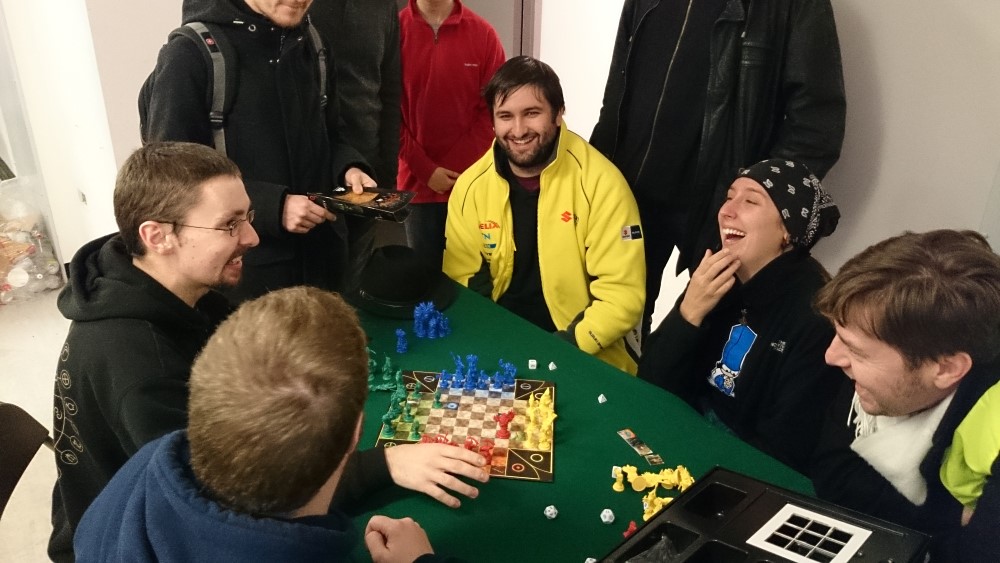 LOKA was incredibly popular, with a packed table throughout the day – the shop sold out three times and had to pick up more from the warehouse! I image lots of people will be flocking to check out The Tarot of Loka as a result.

Everywhere you looked in the main building, there were games to be played, and our Pathfinders – in their natty new t-shirts – were absolute stars. We had an epic six-hour rolling game of Kings of War, with people stepping up to control some beautifully converted and painted units, while on the next table across there was a series of smaller self-contained Kings of War demonstration games. We had a DreadBall demo area and a Warpath last stand scenario that pitted Corporation Marines against an overwhelming swarm of Veer-myn. Of course, I’d be mad not to mention Deadzone! We had a whole bank of Deadzone demo games (using our funky new Training Day demo mat!) which were packed out all day. Factoring in the tournaments, the Regional DreadBall Finalists’ Ultimate Challenge and the games of Dropzone Commander, Bolt Action and Judge Dredd, there were games absolutely everywhere! Considering some of the stories I’ve heard about a certain other big event a couple of months ago, I can see why our attendees were so delighted with what was on offer! 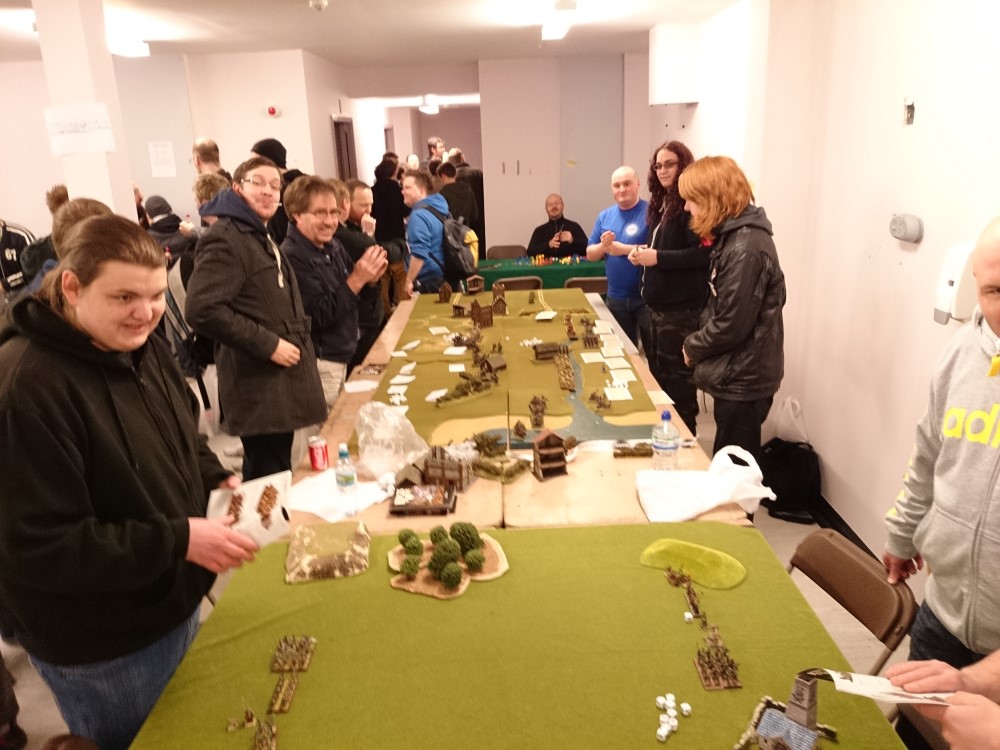 The Mantic Bunker, by contrast, was the home of Ronnie’s seminars (more on them later) and the Studio Tour. This was an incredibly popular part of the day, and we’ve realised that next year we’ll need a much bigger area! Dave and Sylvain were on hand to show how our models are sculpted and painted, and photos of exciting new miniatures are already disseminating across the web. We also had the guys from Purple Guerilla present, showing off their upcoming e-edition of the DreadBall rulebook. I only saw it for the first time last week, and I was astounded by what they’ve done – keep watching this space (and their Facebook page) for more info as it becomes available! 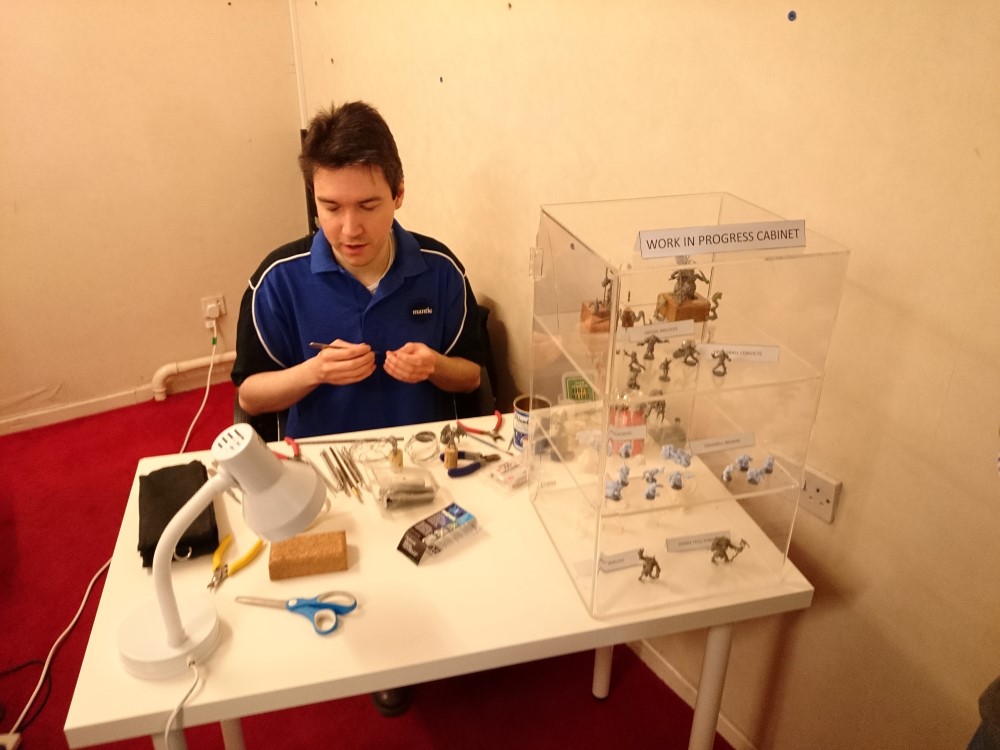 Sylvain’s desk drew an awful lot of people, cameras at the ready!

By all accounts, everyone had a great time, and there are plenty of reports, articles and blogs around the web talking about it. (I’ve also uploaded a ton of photos to Facebook – get on there and tag anyone you recognise, or head over to imgur if you’re not a Facebook user!) We had an absolute blast, and we can’t wait for the next one. Roll on May!