What an incredible journey!

Deadzone development began many, many months ago. We knew we wanted to create a skirmish game that combined simple but interesting game play, faction development, claustrophobic battlegrounds and great 3D scenery – and making it a fantastic example of all that the Warpath universe will become.

Slowly each piece of the jigsaw started to appear. Game play developed. The greens arrived from the sculptors, wonderful pieces of art landed in the dropbox. Then we received the gaming mat in the post. When the scenery tiles were delivered the office stopped to look. As each component arrived anticipation built. 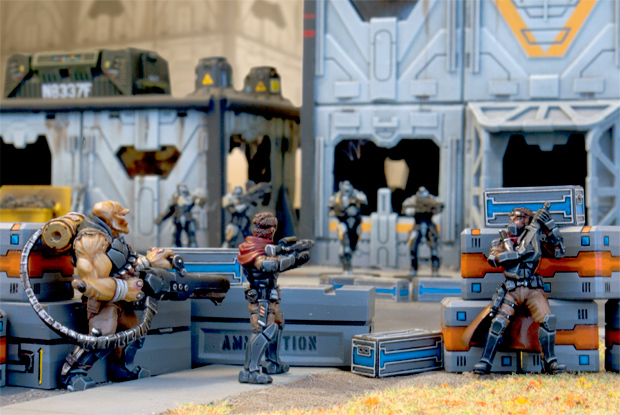 The Kickstarter began 38 days ago.

However, none of us were ready for what happened then!!

We had asked for a $50,000 goal, higher than our other Kickstarters because of the more complex tooling. We thought this might take a few days.

On the first day we got 1297 backers and the project was funded in 33 minutes!

Since then there have been around 37,395 comments in the main section, plus many more in all the updates, 1000’s of messages in the inbox, and 66 stretch goals. We have undertaken building 6 factions, with boosters, vehicles and characters, mercenaries, 2 core tile sets and 3 battle zones and game play that will allow PvP, solo play, multi-mat and multi-player plus a fantastic selection of scenarios – and of course hard plastic zombies.

You have told us you want us to make this game, and make it great. We will do everything in our power to make you a game and models that you will be proud of backing.

Thank you for showing us faith in us – you support is truly humbling. Together we will make Deadzone everything we all know it can be – and more!

A Word on the Survey

The survey will be out in a couple of weeks when Amazon has finished finalising all of the payments.

And finally – a word from Jake!

I just wanted to say thanks to all the backers of this incredible campaign. Deadzone is off and running in spectacular fashion!

I’d also like to say a huge thanks to all those brave folk who stepped up and built themselves boards to try out the Alpha and Beta rules for themselves. There’s been loads of really useful feedback and the game is definitely stronger for all your efforts. If you’re interested in continuing to follow its development then be sure to subscribe to my blog at www.quirkworthy.com where I’ll be posting further updates over the coming weeks/months.