When in doubt… Morax!

So Orc week is coming to an end and, even though technological issues made it difficult for us to include everything we wanted to, this week we’ve had new background, new concept art, new painted miniature galleries for the Greatax and Krudger’s Gang released on Monday and a brand new Orc Hub to hold everything together with! Today, we’ve got a double barreled post, starting with what we’ve been promising you all week – the Orc Morax!

Orc Morax drop their shields in favour of a second hand weapon and the kit, in addition to including plastic Ax and Greatax sprues, as well as a Command sprue, contains a number of metal heads and new arms allowing you to field a unit of 10 or 20 Orcs with additional axes!

This is only a preview of what’s coming, the kit is subject to change and we’re not showing off all the bits that have been sculpted just yet – what you get here is a feel for the heads and some right arms! (Remember, click on the thumbnails for a closer look!) 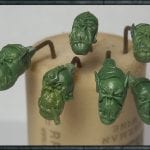 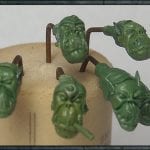 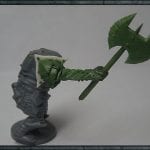 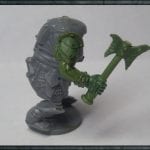 These were sculpted for us by the folks at Golem (able to sculpt and paint – makes you sick doesn’t it!) – of course, it was Golem who painted our three-up Orc as well, and to celebrate the end of Orc Week and the release of the newest Orc kits, we’ve made the Orc Ax now available as part our Collector’s Range. 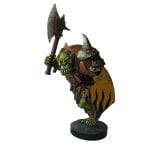 We’ve had several requests for this and, like most of our collector’s range, the figure is strictly limited in the number we’re able to make. With a unique code and signed certificate, every Orc fan should try and get one of highly exclusive Orc Ax Collector’s Range figures in their collection!

Right, that’s it for another week! Look out next week for some new Undead stuff among other things, if you’re in the area, pop over and see us at Sheffield Triples and keep an eye out for a video or two of ours – we tried to squeeze them in this week but they’ll just have to be your weekend treat instead! As ever, drop us comments below.