We held a Kings of War tournament back in February and as part of the evening’s entertainment we asked Jake to play through a couple of Pandora demo games. 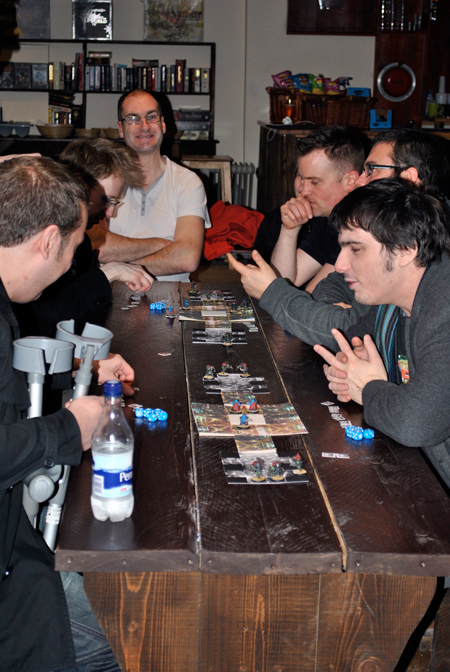 Project Pandora demo – note that these tiles were made in the office for this demo and are not the quality tiles in the box. You’ll also notice we’re playing with Marauders and Forge Fathers!

The scenario they played was the training mission from the new rulebook, called Yodobashi Maru. It’s one of six scenarios in the book, which progressively get harder, making use of new and different mechanics as you get to grips with new tactics and the two different styles of play between the Veer-myn and the Corporation.

As the preview below shows, Scenario 1 pits 3 Corporation Marines against a never-ending supply of Veer-myn in a simulation that trains the Marines in to how to react and fight in the eventuality that the Veer-myn are found in a starship. 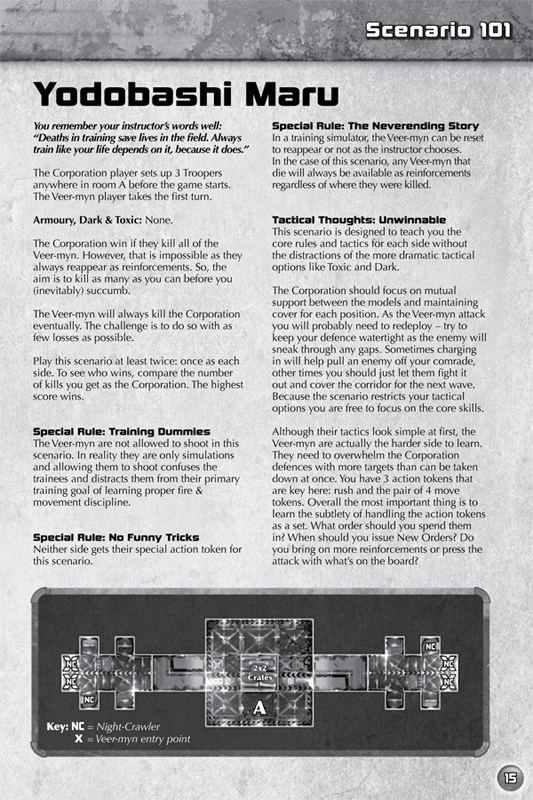 The cool thing about this scenario is that the Corporation can never win – it’s all about how many rats you kill! What this means is that you’ll be wanting to swap sides as your opponent tries to kill more than you, and you’ll do everything you can to stop him. Play this scenario in a group of people and watch everyone’s competitiveness come out and you try and outsmart and outgun your opponent and his kill count.

This is exactly what we’ll be doing at this year’s Salute. In addition to demoing the game and teaching everyone how to play, we’ll be counting up kills and keeping a leader board. The person with the highest kill count at the end of the day will win themselves a prize.

Furthermore, Joe and Ronnie will be keeping count of the American veer-myn kills at Adepticon on the Saturday, meaning it’s US versus UK on who can kill the most rats!

Jake’s highest score is 18 Veer-myn kills – anyone who gets more might just grab themselves a prize as well!

Project Pandora: Grim Cargo is now available to pre-order at the incredible price of £34.99. Pre-order yours now and be in with a chance to win one of ten free heroes. Find out more.