You'd better hope they've no quarrel with you.* 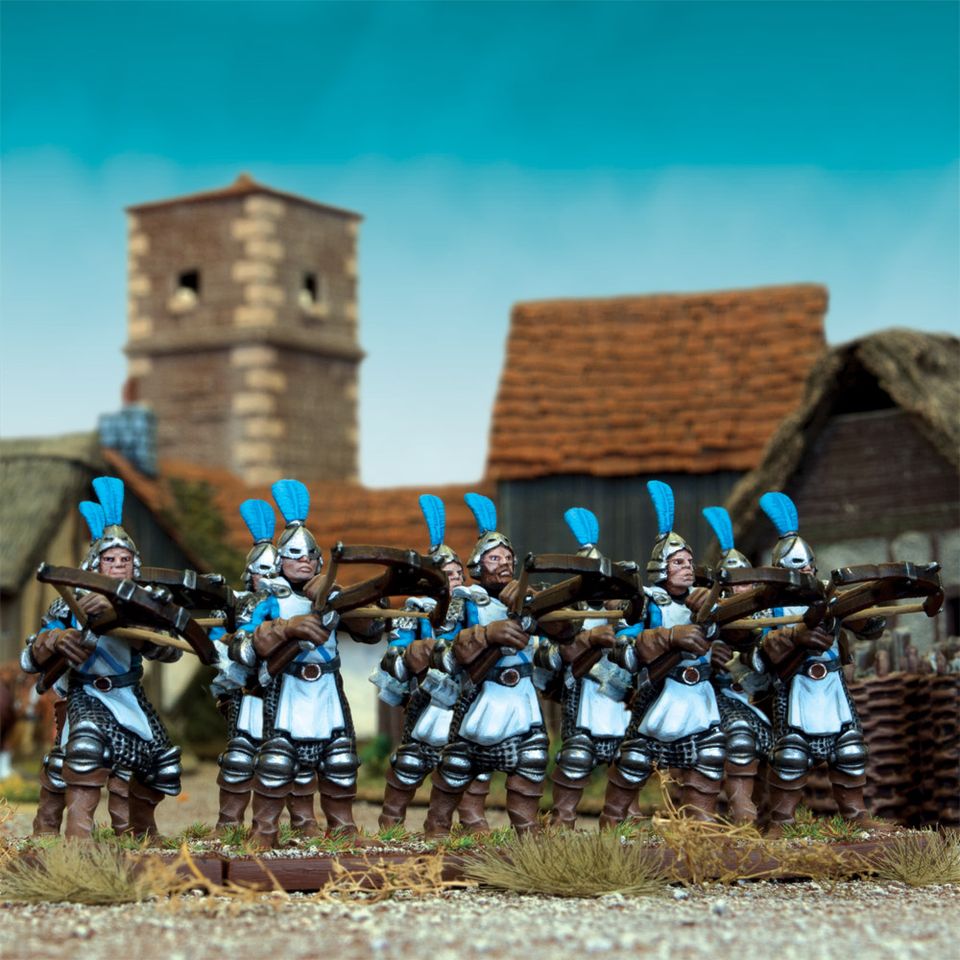 “Let them come closer. Hold until you see the red embers of their eyes.”

The Basileans do not make much use of missile weaponry. Their deadliest enemies are the denizens of the Abyss, who close quickly, making skill with a blade of greater importance than skill with a bow. Furthermore, the magical superiority enjoyed by the Hegemony provides its armies with most of the ranged capability they require. The one missile weapon seen more often in the ranks of the Hegemon’s armies is the arbalest, a heavy crossbow. Of little use in fighting the fell creatures of the Abyss, detachments of arbalesteers are common in garrisons, as their armour-piercing bolts have proved invaluable in battling King Golloch’s heavily protected dwarf warriors.

We’ve shown you almost all of the units in the new Basilean army, but we haven’t yet had a chance to show off the crossbows! These came back a little bit later than everything else, but now Ben’s had a chance to photograph them, and I think you’ll agree they’re looking great!

The final set actually includes two different sets of arms – one firing, as shown in the picture above, and one reloading. However, as the kit uses the plastic Men at Arms bodies, you get a good variety even using the same arms across entire unit!

If you’re hankering for a Basilean fix, Chris has stuffed his bag with Elohi, and will be selling them at Gen Con! This means event attendees will be able to get their lucky  hands on them before their release date, but he couldn’t fit many boxes in his luggage so you’d better get there quickly if you want a set! If you haven’t noted it down already, we’ll be at Stand #1237.