Zees things are sent to try us…

A few weeks ago, I played a game of DreadBall against Curis, for a battle report we put together for Ravage US magazine. (I mentioned it in my post on Monday, in fact.) I chose to play as the Teratons, while our puckish graphic designer decided to go with the Zees. They were a team I hadn’t come up against before. So how did it go? Oh, boy. 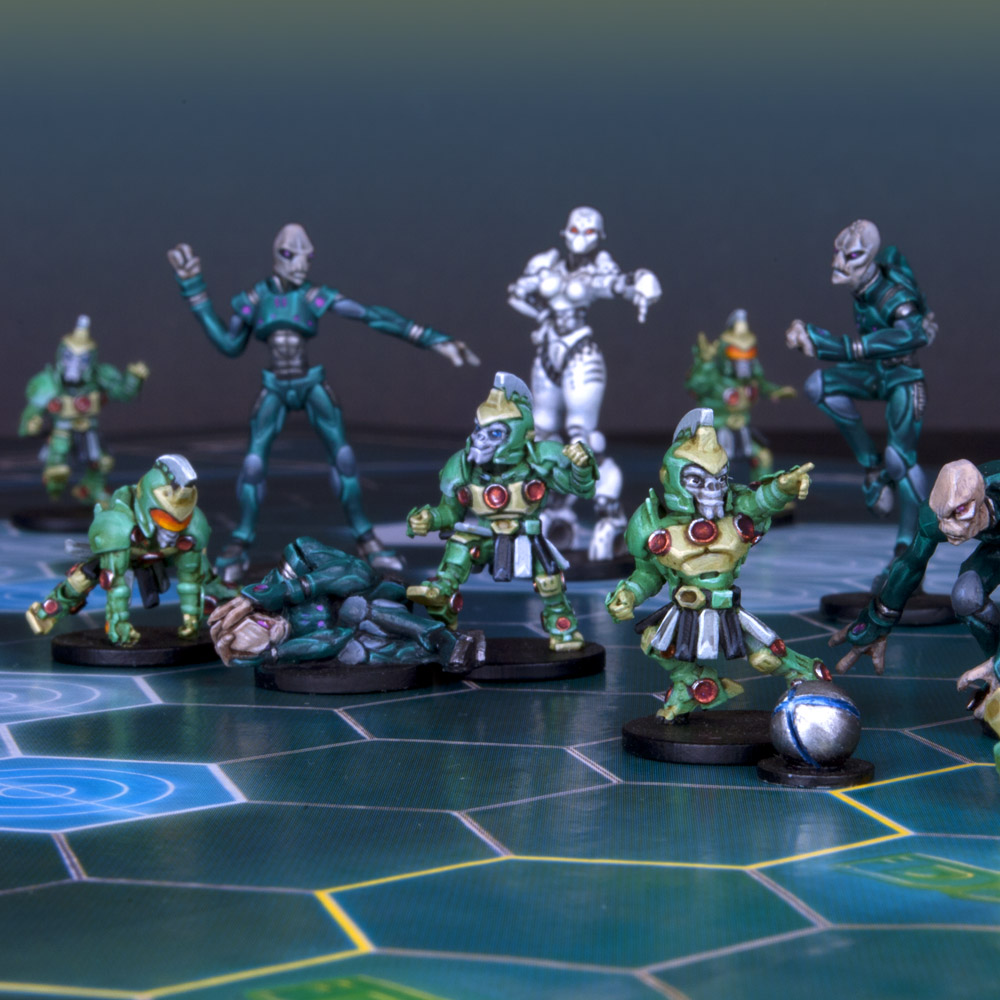 Don’t worry, prone Judwan. That’s how we all feel when playing the Zees.

I don’t want to give anything away (Ravage has only published Part 1 of the write-up so far), but those pesky clones are a right pain to play against! It’s not the fact that you find yourself calling Foul! about once every thirty seconds; it’s more the way that they’re everywhere at once! The Runaround ability works really well for them, giving them the option to move two of their players with a single action. That’s not all, though. By the midpoint of a game, you’re going to have Zees everywhere. Thanks to the It Wasn’t Me! ability, they can Sneak extra players into the arena quicker than the poor, beleaguered RefBot can send them off. Add in their 3+ Speed (so they can dodge your clumsy attempts to bash ’em into monkey-paste) and you’ve got a full-on infestation of the little buggers.

They get really dangerous in a League, once they’ve got a couple of advancements under their belt. It’s almost impossible to keep track of which one’s which, so you’re always surprised when one of them turns out to be making a Strike attempt with Skill 4+. Throw in a few coaching dice (they get a random number each turn!) and you’re hard-pressed to stop them scoring every Rush.

If you like the idea of a team that’s utter rubbish and proud of it – has even gone so far to build an entire strategy around it – you’ll love the Zees. Your opponents will be running in circles trying to stop them. With their new Team Booster, there are even more clones to throw at your opponent… 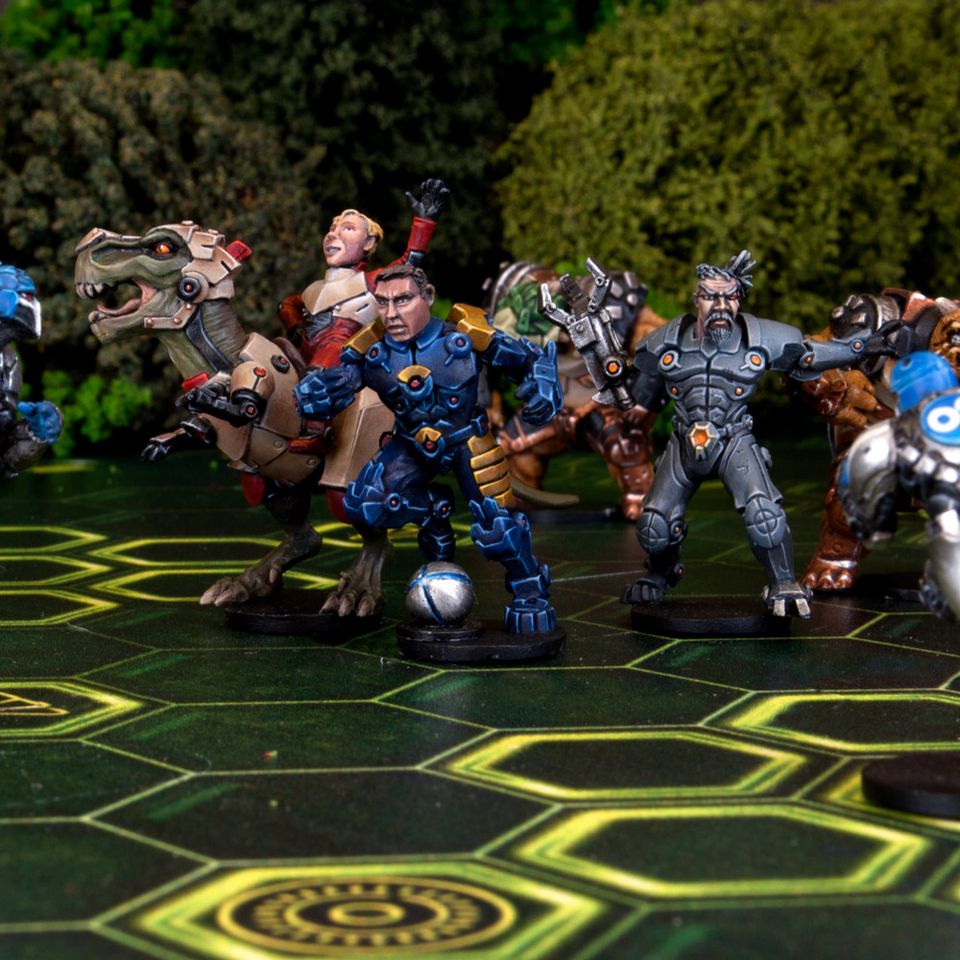 Drake and the Dynamic Dinoborg, Thunder Chris and The Veteran

During the DreadBall Kickstarter campaign, we offered backers the chance to have their likeness captured in miniature and sculpted as a DreadBall MVP! The resulting miniatures can be seen above. They’ve already been sent out to our Kickstarter backers, but now we’re making them available to everyone else in the form of the MantiCorp Showboaters All-Star Pack. This gives you all three metal MVPs for £14.99. Their rules are available in the Azure Forest pack… which (based on the response we’ve had) I’m sure all of you will already be getting your hands on!