Z’zor are still a relatively new concept on the DreadBall Kickstarter and we had a few different bits of art done to see what they’d look like. Since we’re currently hunting them down as our $265,000 stretch goal, we thought we’d explore a little bit more about them.

First up, early Z’zor MVP concept art – we want to know what you think! 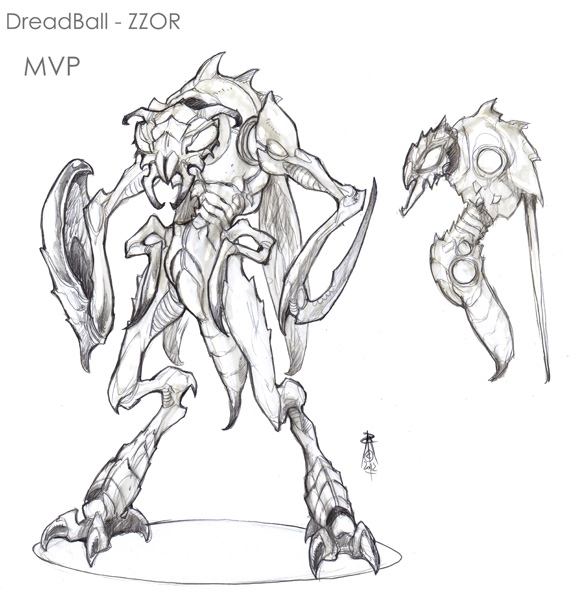 Z’zor MVP – fondly known as Ludwig in the office but name is subject to change. Have a preference? Let us know in the comments!

“Wild” Z’zor are ruthless and mindlessly violent – with the Z’zor it is kill or be killed. Fortunately the sport was’t stupid enough to put DreadBall stars in that much danger, instead employing the use of genetically modified, mind-controlled drones specially bred to suit DreadBall play… Well, that’s how the story goes. 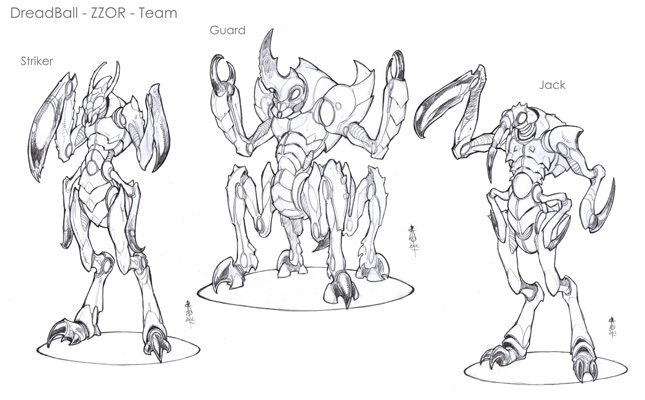 Z’zor Drones are multi-limbed and unpredictable, with a naturally hardened exoskeleton preventing the need for DreadBall armour. Drones that take up the Striker role have scoop-like appendages to catch and throw the ball whilst Guards retain the size of some of the more “natural” creatures back on the Z’zor homeworlds, and nearly all of their temperament. Despite advancements in mind-control it is not uncommon for a Z’zor Guard to see red and charge an opposing player, the result of which is normally deep gashes, slashed armour and crushed limbs.

Despite this the Z’zor are great for entertainment purposes and hence these insectoid teams are allowed to continue playing. Between the alien “ZZZ-ZZZ” the Z’zor emit as they pass the ball and their sudden outbursts of violent play, Z’zor are portrayed as the natural enemy – skeptics claim primarily as a form of propaganda for the war – and stadiums are consistently sold-out whenever there is a team playing. 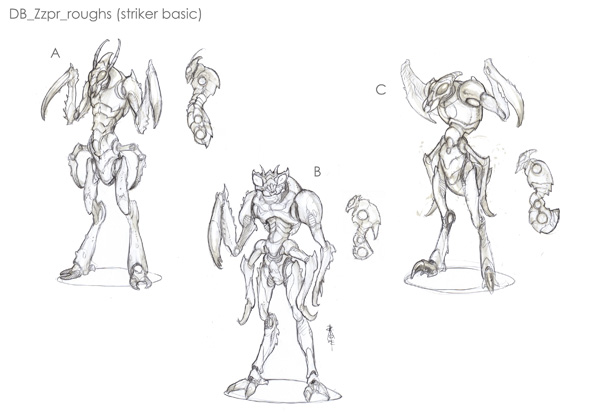 The Z’zor team are our next stretch goal and if we hit it we will produce a team for this furious insectoid race. If we hit this goal we will add 1 Z’zor Player to Jack, add 2 Z’zor Players to Striker and add the Z’zor team to our list of our Season 2 Buy One Get One Free Teams!