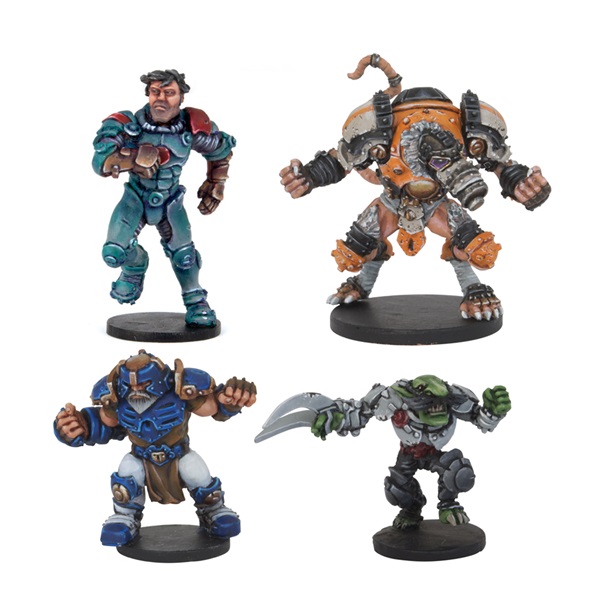 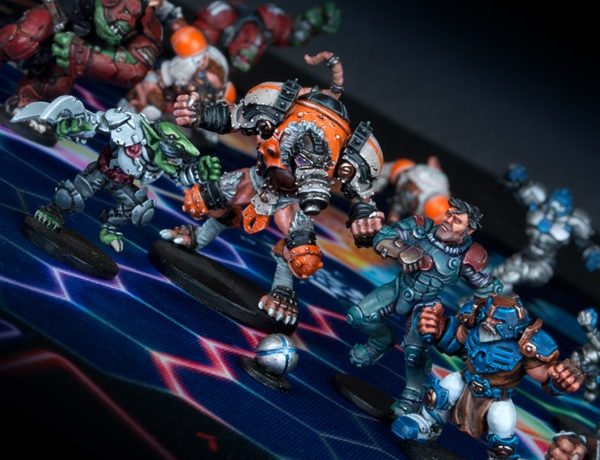 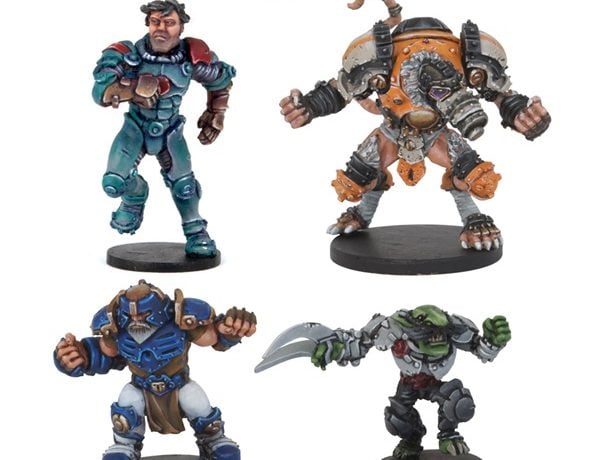 Lucky Logan is a roguish all-rounder who – if the stories are to be believed – has been playing DreadBall since it started! He’s fast, agile and always manages to come through at the last second.

Slippery Joe plays the crowd as masterfully as he plays DreadBall, twirling his waxed moustache with a triumphant leer as he dashes past the defence to score yet another Strike.

Reek Rolat, a.k.a. “Payback”, is a particularly large example of his race who lives only to inflict bone-crunching revenge on anyone foolish enough to hurt his smaller cousins.

Gorim Ironstone is an ex-military Striker who made a name for himself thanks to his impressive bursts of speed and his ability to soak up any punishment the opposition can throw his way!