The gods foretell that two ancient enemies will clash in this desolate, highland region – the valleys will stream red with the blood of the fallen. From the lip of the Abyss far to the north, a power-crazed king marches his troops to war – a vast army of Abyssal Dwarfs and Slave Orcs, their weapons and armour forged in hellfire, invades southwards eager to conquer and burn.

All that stands between them and victory are the scattered forces of the Dwarfs of the Free Holds. Outnumbered, and at first unprepared for the howling tide of evil sweeping their way, the Dwarfs have to quickly muster their troops to face their foes in bitter struggle…

PLEASE NOTE: This book was designed for 1st Edition Kings of War, though the scenarios and hobby material are still relevent to 2nd Edition – just ignore the stats for the miniatures.

Hellfire & Stone is a narrative campaign for Kings of War, featuring an epic conflict between Dwarfs and Abyssal Dwarfs. As well as six scenarios that link up the story of the campaign, you will find an optional Dwarf King’s Hold scenario, as well as painting guides for some of the units involved in the war. 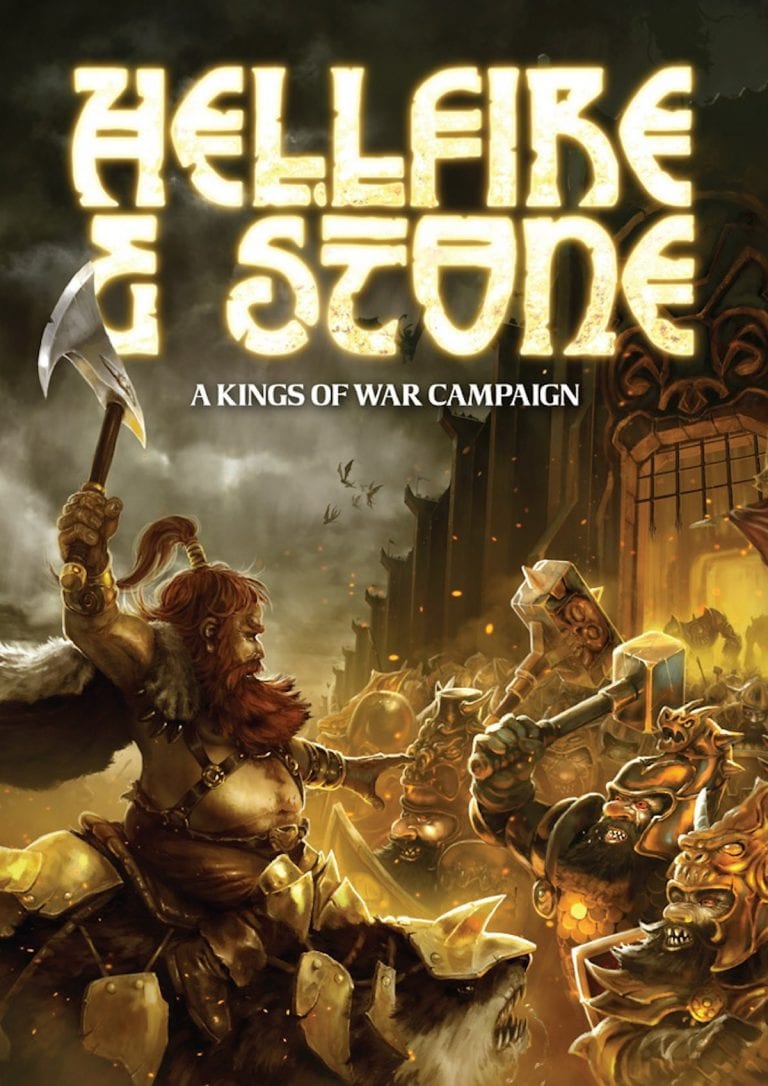 >
View cart “Abyssal Dwarf Gargoyles (Troop)” has been added to your cart.