The Outer Sphere Oddities are finely details figures contained in the All-Star MVP Pack in DreadBall – The Futuristic Sports Game. 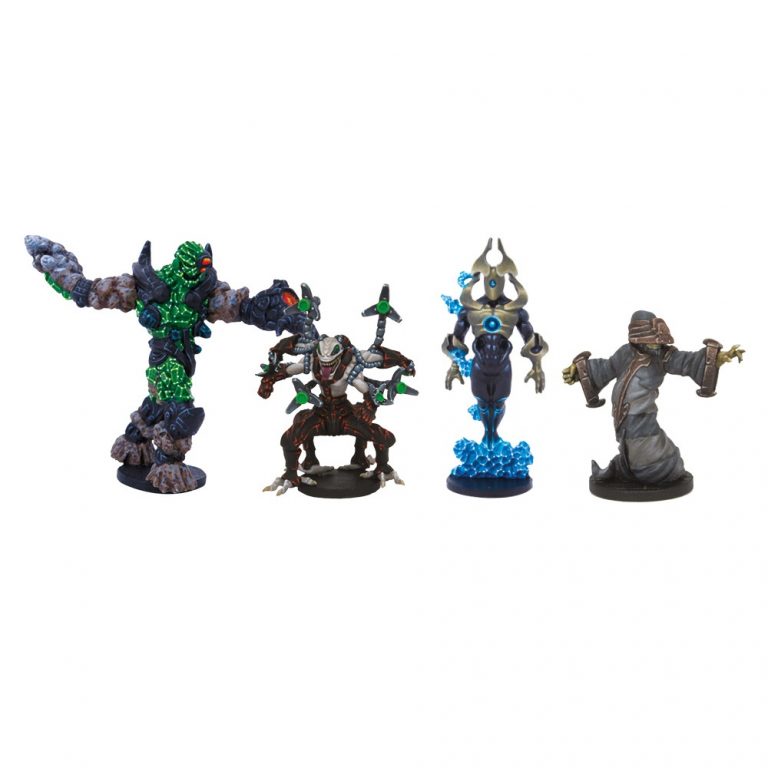 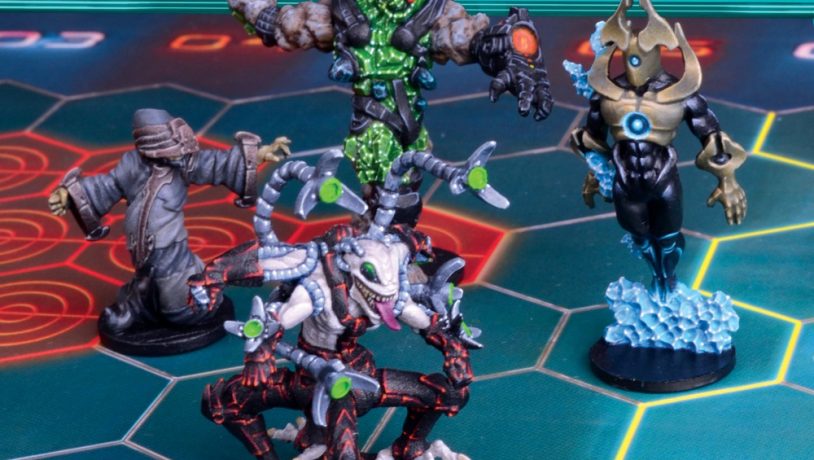 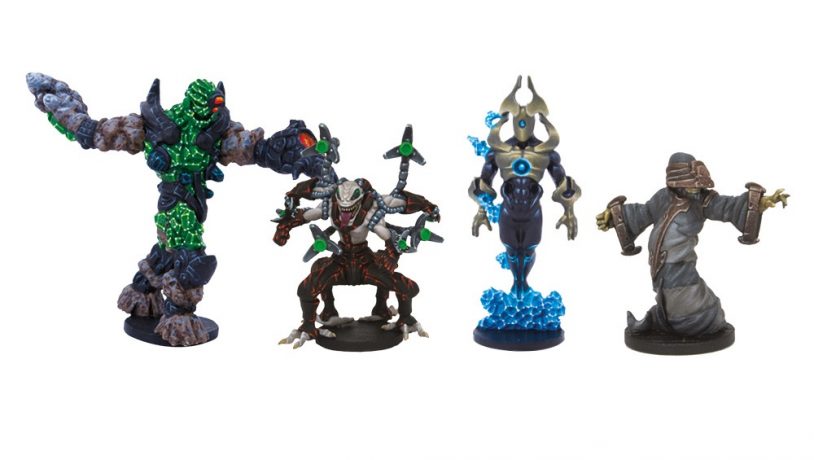 CONTENTS
The further the GCPS pushes outwards, the weirder the species they encounter, and it’s only ever a matter of time until these strange new races find themselves embracing the neodurium like everyone else.These four MVPs represent some of the more esoteric ball handlers to be seen in the last few years.

Crypt – a driven and focused individual, this former General in the Crystallan military seems to have decided that the war never ended, it just moved onto the DreadBall pitch. The amount of coherence and drive he gives to a Crystallan team has to be seen to be believed.

M’Zei Kein – The Tsudochan are well known as itinerant wanderers, mixing evangelical speeches with parlour tricks to spread their spiritual message. M’zei Kein seems to have progressed to another level, and it is genuinely impossible to know which version of him will turn up from one game to another, making him one of the most frustrating players to face on the neodurium.

Kryphos – It takes a special kind of individual to stand out amongst a race such as the Koris, but Kryphos manages it with little apparent effort. His appearance, like most of his kind, is quite hideous, but it is his lightning reflexes and ability to spin multiple portals at once that truly make him a fearsome opponent and a crowd favourite.

Phantasm – the Ada Lorana all see themselves as intergalactic keepers of the peace and enforcers of justice, maintaining their jurisdiction to be wherever they are.Occasionally though, there are those who fixate upon particular groups or even one individual.Nobody knows why Phantasm is pursuing the criminal known only as Blaine, but his crimes must be even vaster than the GCPS suspect to have produced such a reaction.

The Outer Sphere Oddities are finely details figures contained in the All-Star MVP Pack in DreadBall – The Futuristic Sports Game.