Over a thousand years ago, Valandor, the greatest known hero fell in battle, fighting to protect the lives of those around him. From shore to shore, all owe thanks to his wondrous legacy. Now, sacred sites across the land have been defiled and plundered by the disgraced wizard Mortibris, who along with his vile undead minions will stop at nothing to obtain the secrets of Valandor’s power. Only the bravest heroes dare oppose him. Thrown together from the far corners of the realm, they step boldly into the depths, ready to face whatever foul evil awaits them…

Dungeon Saga: The Dwarf King’s Quest is an enhanced eBook that contains all of the adventures, character sheets, cards and the overlord panel.

Add to wishlist
3 users have this item in wishlist 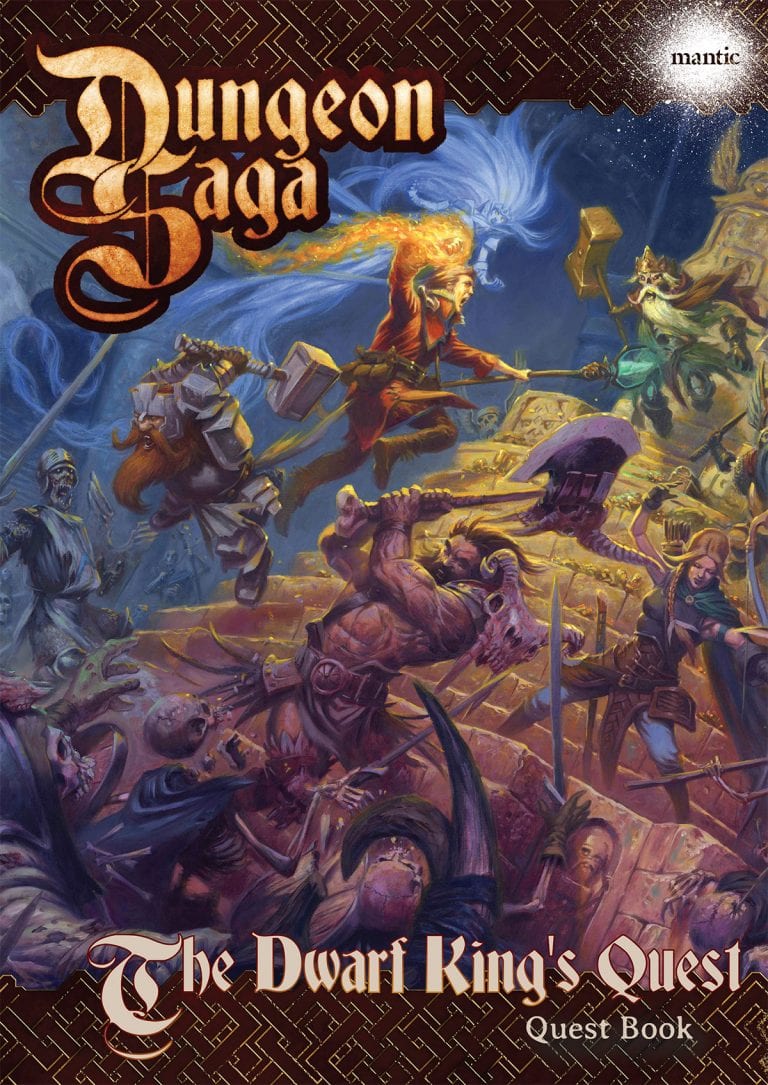 Add to wishlist
3 users have this item in wishlist