Ogre society is more complex than outsiders often realise, governed by a strict hierarchy based on martial skill and respect, far more sophisticated than the savagery of the Orc. For a nomadic people such as Ogres, skill at the hunt is just as important as skill in battle. Hunting requires not only strength of body and feats of arms, but cunning, intelligence and fieldcraft. Hunters are greatly respected within their tribes, possessing a variety of finely honed skills passed from one generation to the next. These skills also transfer well on to the battlefield, allowing them to set traps, ambush the foe, and target the monstrous mounts and minions of their enemies, or equally drive their own bestial charges before them into the fray. 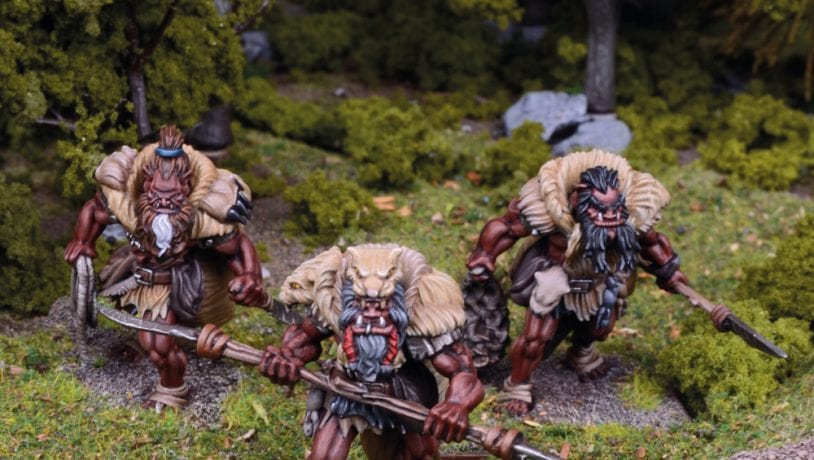 This set contains a large infantry regiment for Kings of War, including: