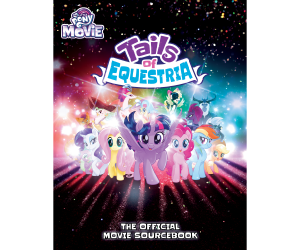 You’ve left the comforts of Equestria behind—ahead of you lies a mysterious realm of unknown adventure, hidden lore, and magical wonders! The Official Movie Sourcebook contains expanded details on the locations featured in MY LITTLE PONY: THE MOVIE, in particular, the bustling streets of Klugetown, the ancient citadel on Mount Aris, and the underwater realm of Seaquestria! As well as detailed descriptions, this book also contains advice for Gamemasters on how to incorporate these locations into a game in urban and underwater adventures.

A parrot swings from a chandelier flips in the air and lands with panache. A Lizardfolk explorer guides his friends through Klugetown. A Hippogriff soars through the uncharted sky to deliver a vital message, and a Cat carefully disables an underwater ruin’s trapdoor. The Official Movie Sourcebook contains four new playable non-pony races:

If you’re looking to bring more depth to your Tails of Equestria game, these rules are for you! Both within and beyond Equestria, adventurers often meet factions and organizations of many kinds. The faction and reputation rules presented within give a bit more context to these relationships and help keep track of who the players know, whether that reputation is good or…not so good.

Optional vehicle rules detail how players can obtain, customize, and use their own personal vehicles. Beyond Equestria, long-distance travel becomes a lot more difficult, so having your own airship is a real advantage!

‘The Beasts of Black Skull Island’ is the perfect way to kickstart your group’s adventures outside Equestria. Join the crew of adventurous pirate Captain Rosella and hunt for the legendary treasure of Black Skull Island! But beware, some pony else might have gotten there first…

The Official Movie Sourcebook contains loads of new stats for NPC characters from MY LITTLE PONY: THE MOVIE. You’ll find everything from friendly faces like Capper and Princess Skystar, to the villainous Storm King, Tempest Shadow, and their minions.

All of the new content and rules included in The Official Movie Sourcebook are, of course, 100% compatible with all other products in the Tails of Equestria range. So saddle up, take to the skies, and seek out adventure in the wide world ahead! 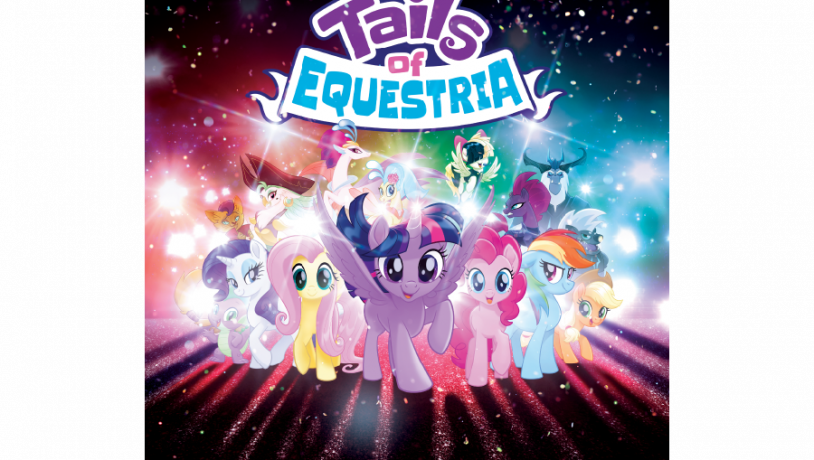 Be the first to review “Tails of Equestria: The Official Movie Sourcebook” Cancel reply