Following yesterday’s announcement about Here’s Negan: The Board Game – which is heading direct to stores this November – today we’re lifting the lid on how the game plays. Oh, and make sure you grab a ticket for the Mantic Night at GenCon so you can try the game for yourself in just a couple of weeks. 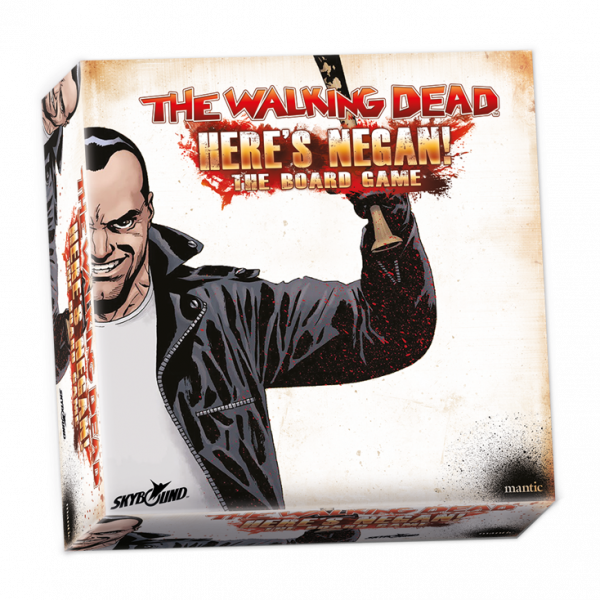 One of the key elements in Here’s Negan is the idea of reputation. Although the game is a co-operative experience for up to five players, you’re all trying to impress the main man! During the course of game, Negan will reward his loyal lieutenants with Reputation Points for performing well. If you kill a Walker, clear a room or lower the threat, Negan will be pleased. But if you perform badly, Negan will deduct Reputation Points from your total. At the end of the game, the players will combine all their rep to see how well they’ve done. However, the player with the most reputation will be declared Negan’s favourite. As such, there’s a competitive element as you all want to be declared Negan’s little slugger.

No one gets to play as Negan himself. Instead he’s controlled by a deck of cards… so you never quite know how he’s going to behave. Sometimes he’ll move forward and whack any other Survivors unfortunate enough to get in his way. Perhaps he’ll start randomly shouting, which might attract wandering Walkers? Or maybe he’ll be benevolent and reward a Survivor with extra Reputation Points? The aim of the game is to clear a path for Negan to follow through the level. Fail to clear a path or get Negan killed and the mission is over. Piss Negan off at your peril! 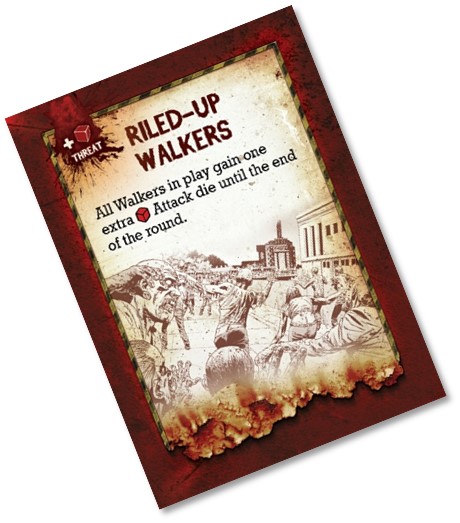 The claustrophobic corridors of the Sanctuary make perfect hiding places for wandering Walkers. At the start of game Walker Tokens represent potential Walkers. These move around the board as Survivors make noise, or they can be moved by one of the Event Cards, which are drawn each turn. When a Walker Token moves into the line of sight of a Survivor of Negan it’s flipped over. On the reverse will be a red, white or blue dice symbol. One player then rolls a dice to see how many Walkers are spawned! Sometimes it might be none… other times it could be a horde of shuffling corpses. You can never predict what horrors you’re about to face. 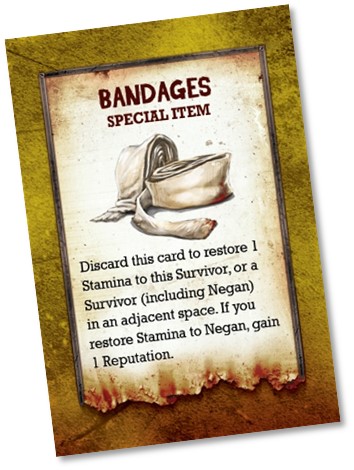 The Sanctuary is littered with handy items. These can be anything from bandages for healing wounds, fire extinguishers or even extra weapons. Of course, in Here’s Negan everyone is out for themselves so you’ll have to be quick to snatch up the weapons to help give you the advantage. After all, impressing Negan isn’t going to be easy. 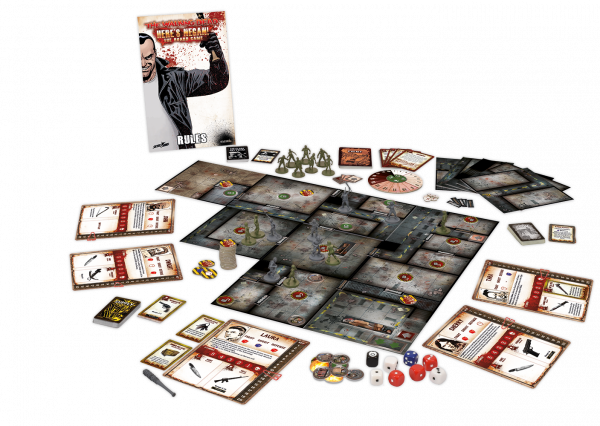 You’ll never be sure what’s round the next corner, thanks to the Room Deck. Each time you unlock a room, you’ll need to draw a card from the Room Deck. This could reveal a store room packed with bountiful supplies, a caved in corridor that’s impassable or a mortuary stacked high with the undead. Thanks to the combination of random rooms, special events and Negan’s unpredictable behaviour, none of the 12 scenarios included in the game will ever play the same.

Here’s Negan will be released direct to retail this November. Pre-order now to receive exclusive Survivor cards to use Dwight, Laura, Sherry, John and Tara as characters in The Walking Dead: All Out War.